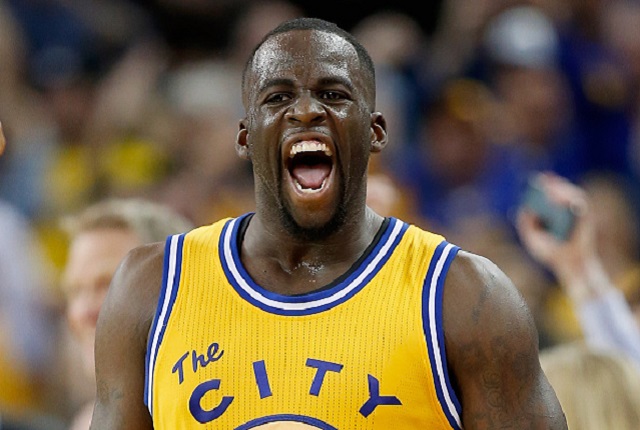 To no surprise, the Golden State Warriors set local TV ratings records this season during their run to 73 regular season wins and the pursuit of a second consecutive NBA championship. But the Warriors continue to draw the most attention during the NBA Playoffs, perhaps because of the one thing that could prevent them from winning another title: Stephen Curry’s ankle injury.

Curry’s injury has arguably become a drawing point for the “Wake me up when the Warriors are playing in the NBA Finals” crowd. Not that a return to the Finals is assured by any means, with the Oklahoma City Thunder and especially the San Antonio Spurs lurking as potential playoff opponents. Beating those teams becomes a much more formidable task for Golden State without the NBA’s MVP in its lineup.

But with the news breaking that Curry was indeed going to play in Sunday’s Game 4 versus the Houston Rockets, more viewers may have tuned in than usual to see how the Warriors guard moved around on that left ankle. And maybe, just maybe, with a less-than-effective Curry, the Rockets — playing at home, and coming off a narrow 97-96 Game 3 victory — had a chance to tie the best-of-series at 2-2. Or maybe it was just the right time, late on a Sunday afternoon with the weekend winding down, to watch the best team in the NBA.

Whatever the reason (or rationalization), ABC’s telecast of Warriors-Rockets Game 4 drew a 5.3 overnight rating, according to Nielsen. That tied for the highest overnight rating for a first-round NBA Playoffs game since 2004, matching the 2012 ABC broadcast of Heat-Knicks and TNT’s Game 7 telecast of Bulls-Celtics in 2009. The mark is also up from last year’s 5.0 overnight rating for Clippers-Spurs at the same time last year. The Warriors-Rockets game drew its best ratings from 5:30 to 5:45 p.m. ET, presumably when Golden State hit eight three-pointers en route to outscoring Houston 41-20 in the third quarter.

As you might expect, Warriors-Rockets Game 4 drew big numbers locally, earning a 20.7 rating in the San Francisco market. Going back to 2003 (which is as far back as these records chronicle), that’s the highest mark in the market. In Houston, the 10.9 rating is the second-highest mark for a first-round NBA Playoffs game in that market. And on WatchESPN, the streaming broadcast drew 306,500 unique viewers with an average minute audience of 103,500 viewers.