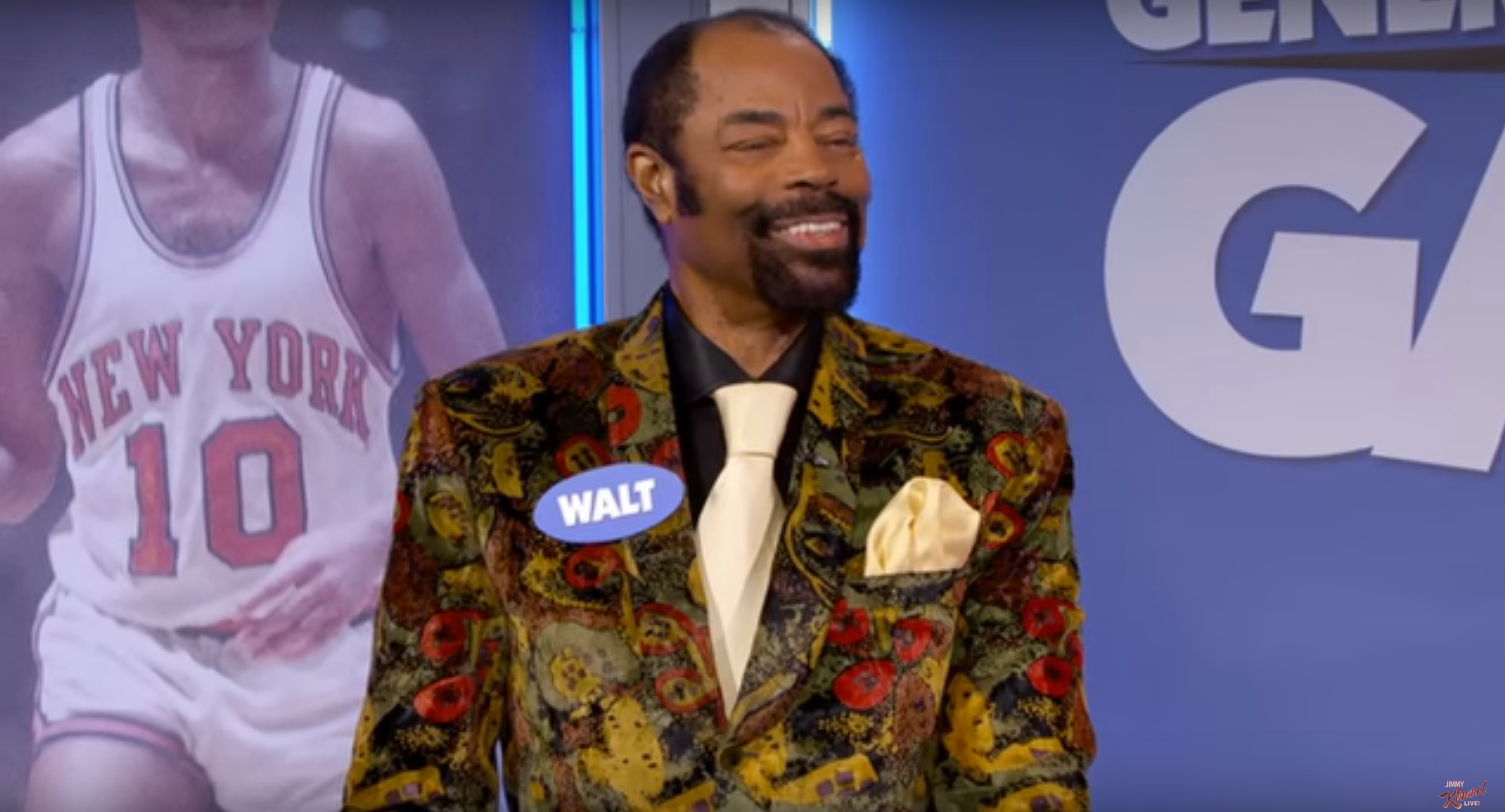 To the surprise of no one, Walt “Clyde” Frazier does not know the phrase “Netflix and chill” or what the Snapchat logo look like.

The colorful Knicks color-man and former NBA All-Star competed against Anthony Davis on Wednesday in a game of “Generation Gap” on Jimmy Kimmel Live.

While Frazier failed on all the mostly trivial millennial questions, Davis showed a somewhat-startling lack of knowledge or U.S. history.

Sure, Davis was born more than 12 years after Jimmy Carter left office, but he should still be able to recognize him, right? And surely he learned about the New Deal in school at some point! Or heard stories about Woodstock!

Anyway, Davis won because he recognized Bruce Lee and Frazier couldn’t name Michelangelo the Teenage Mutant Ninja Turtle. Frazier also failed to come up with Jay-Z’s last name (he recognized him though!), the phrase “Netflix and chill” (good for him), the Snapchat logo (understandable) and Coachella (he lives in New York, after all). He did know President Carter’s name, the phrase “up your nose with a rubber hose,” the New Deal and Woodstock, all of which Davis missed.

Unfortunately, Clyde did not throw in any rhymes or alliterations, as he is known to do. But check out that jacket. That’s a man with some serious style.

As a prize for competing in Generation Gap, Frazier got a copy of NBA 2K16, and Davis earned a 1982 basketball video game for Atari.