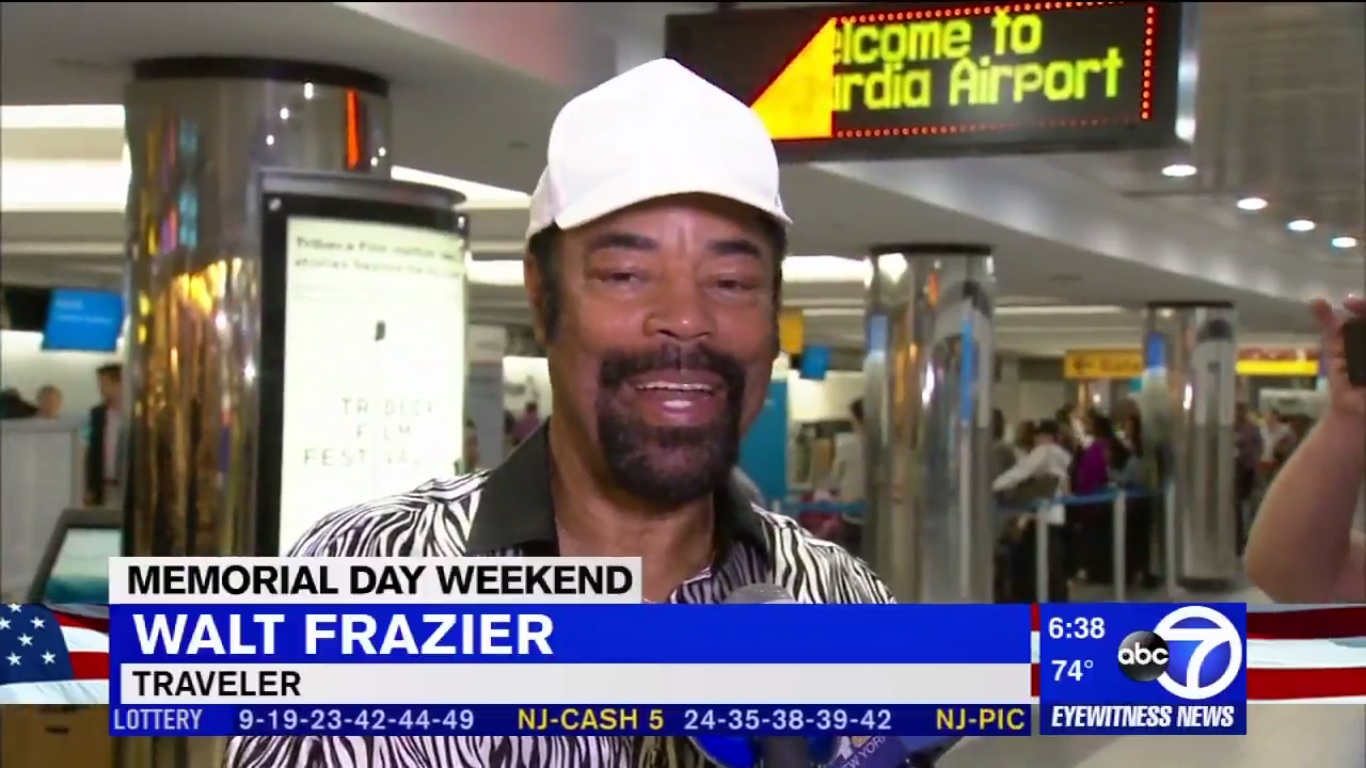 During this holiday weekend as people are traveling, one of the nightmares has been the long lines at the nation’s airports. It’s forced people to get to the airport earlier than normal, stand in line and even in some cases, miss their flights. The long lines have made the evening newscasts across the nation.

At New York’s LaGuardia Airport, WABC-TV scouted one line and happened to find none other than New York Knicks legend and MSG analyst Walt “Clyde” Frazier. Not only does Clyde know his basketball, but having flown in planes for most of his life as both a player and announcer, he is a good judge of getting to an airport in time as this video shows:

Here's what Knicks legend @WaltFrazier had to say when @DrayClarkABC7 caught up with him at the airport: pic.twitter.com/S2YVuAHsi1

The fact that WABC chose to label Frazier as “Traveler” rather than “former New York Knick” or “Knicks broadcaster” just seems right.