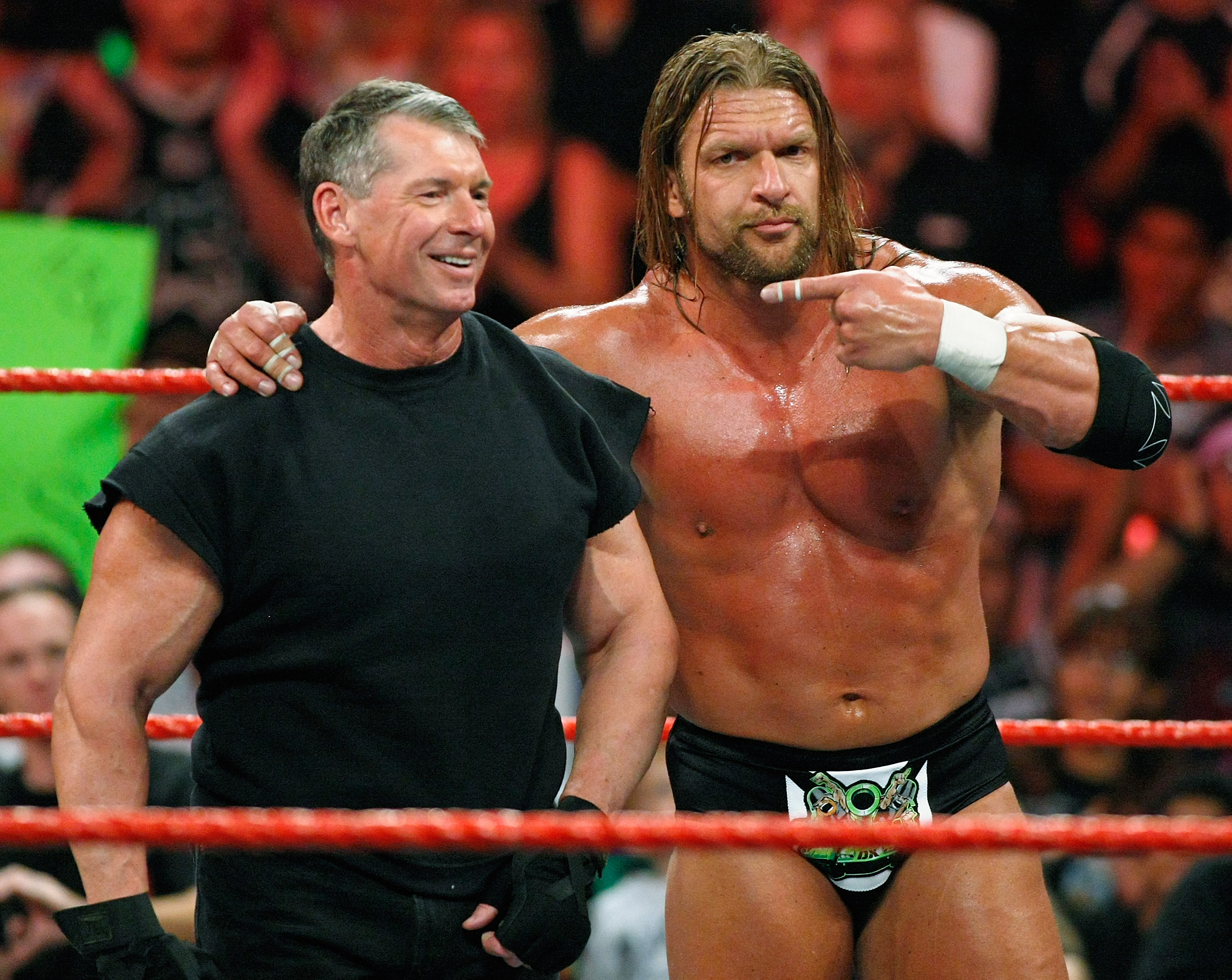 Long before Brock Lesner was stepping back and forth between a wrestling ring and the octagon, people have been comparing WWE and UFC in terms of which one is more valuable and what those values might be.

Earlier this week we found out how valuable UFC was. The mixed martial arts company was sold for $4 billion to WME-IMG.

That big number got people thinking about the other side of that equation. No one is saying WWE is on the market. The publicly-traded company is still very much under Vince McMahon’s control. You’d have to imagine it’ll be a cold day in hell before Vince sells his beloved baby (sorry, Steph & Shane). But if it were on the open market, what would pro wrestling’s biggest business command?

On a recent call, Wells Fargo analyst Eric Katz was bullish on what the sale meant for WWE’s stock future as well as what it could mean in a hypothetical sale:

“Although we view this as an interesting exercise in determining the potential value of WWE — in our opinion, Chairman Vince McMahon is NOT selling the company anytime soon. But with positive Network sub trends, a clean balance sheet, new TV rights deals just 2-3 years out, and now a clear sign of demand for somewhat similar content, we are raising our valuation range to $23-25 from $20-22.

“WWE also happens to be one of the more controversial stocks in the media space in our view, as it decided to blow up its successful PPV business model and become the first content company to launch an OTT streaming service [WWE Network]…there were two big milestones that missed investor expectations causing the stock to drop by more than half since the launch.”

Katz went on to say that he thinks WWE could end up being worth as much as $36-$44 per share, which would be more than double the current stock price. When you round up all the stock that would be purchased from McMahon and his family in order to make a similar transaction, it comes out to the tune of $3.4 billion.

The thing is, WWE currently has a market cap of $1.5 billion. But here’s where it gets interesting. WWE and UFC are pretty similar when it comes to business model and revenues. They both generate a large portion of their income from live events, pay-per-views, and cable deals. They both offer subscription-based options. There’s serious overlap between the audiences, especially when it comes to merchandise, video games, etc. WWE made $659 million in revenue in 2015 while UFC claimed to make $600 million revenue along the same timeline.

So given their similarity in financial terms, how does UFC end up selling for three times more than what WWE is said to be able to max out at?

There seems to be two major differences. One is the fact that UFC is actual sport and WWE is sports-entertainment. We don’t need to have a whole “wrestling is fake, bro” conversation but the fact is that the difference is big. Secondly, while WWE might be ahead on revenue, UFC’s growth in recent years shows much more potential. Bloody Elbow has a pretty fantastic breakdown of UFC finances from last year but the standout is the fact that while UFC was far below WWE in 2011, it pulled even in 2012 and has relatively kept pace ever since. WWE may be ahead but, much like some of it’s fighters, UFC is younger, more nimble, and more possibilities to expand.

Katz also pointed out that there were multiple bidders for UFC, which is the easiest way to drive a price up way past market value. As such, that’s how UFC ends up selling for a price seven times its revenue.

All of this isn’t to say that WWE doesn’t have room to grow. While WWE Network subscriptions didn’t blow anyone away at first, they’ve been growing steadily. The company is about to split its television programs into separate brands and rumors are that they’ll expand pay-per-view events accordingly. If done successfully, that could be a financial boon for the company.

Again, WWE isn’t selling anytime soon. But if that day ever came, the company is well-positioned with the network, merchandise, live events and various other revenue streams to make a run close to that UFC number. The truth of where they’d land is probably somewhere in between the $4 billion sale price and the $1.5 billion valuation. We’ll probably never know for sure, but it makes for a good argument. And there’s nothing WWE and UFC fans love more than to argue over which is better.