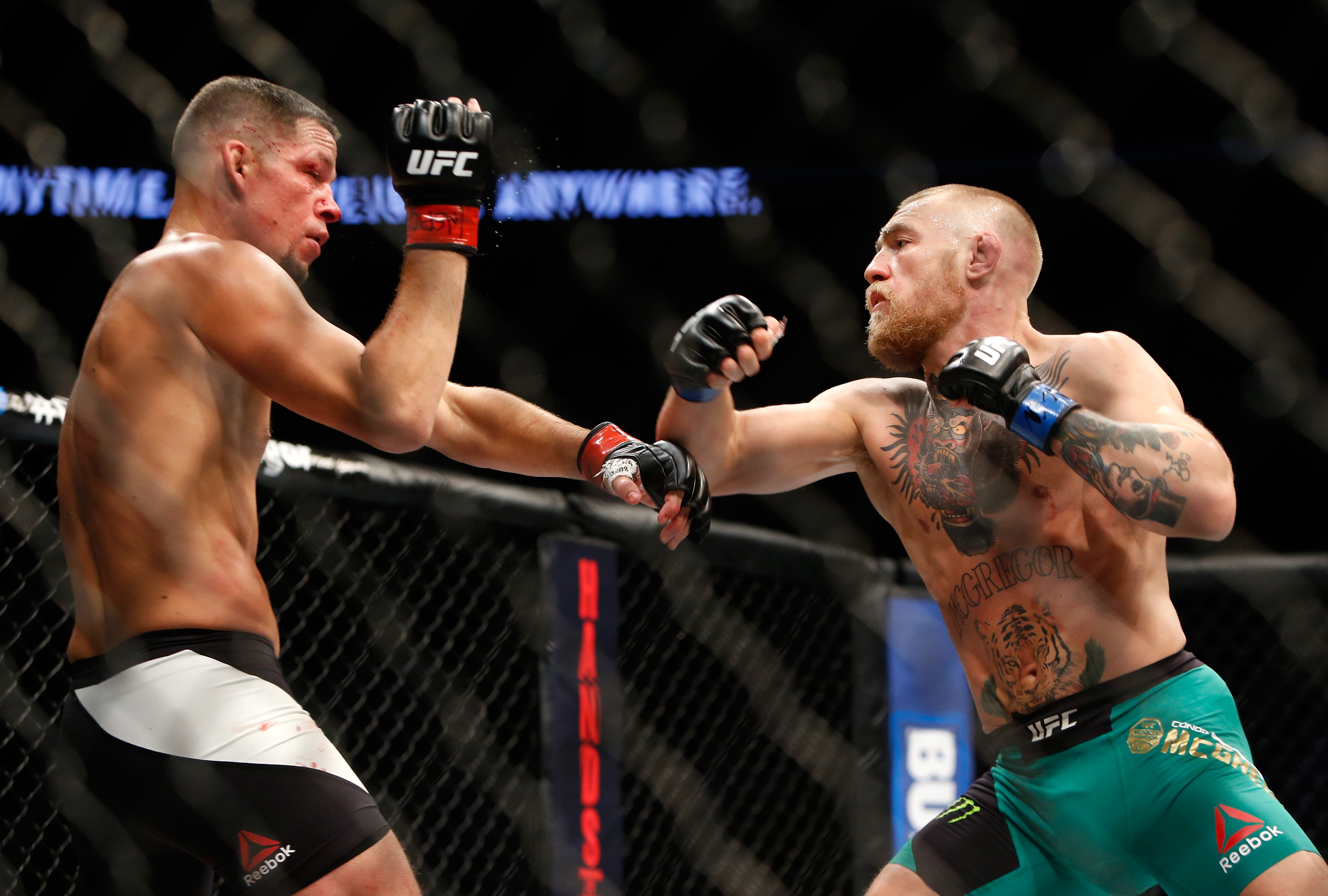 The UFC is the next sports entity looking to cash in on the sports rights bubble’s refusal to pop.

According to Sports Business Journal, the UFC is looking for not just a doubling or tripling of rights fees, but a quadrupling of them.

When the UFC was for sale earlier this summer, the company told potential buyers that it expected to see a nearly fourfold increase in its media rights revenue.

Its magic number is $450 million a year, a potentially staggering increase from the $115 million annual average that Fox Sports now pays, according to several media and UFC sources.

Although formal negotiations aren’t expected to start until next year, network executives have learned that the UFC plans to seek at least a 10-year deal under those terms, sources said.

The UFC’s current media deal with Fox Sports, seen as a watershed moment for the series when it was signed in 2011, ends in 2018. Fox Sports has an exclusive window to negotiate a renewal starting in late 2017.

That is a huge, huge payout that the UFC is trying to get and it’ll be interesting to see if there will be enough competition for them to be able to bid the price up to that level with Fox understandably nervous about such an increase.  What the UFC is asking for (a mind-blowing 291% increase) is much, much greater than any of the other leagues have received in their new rights deals in recent years.

Another interesting note is that UFC will be planning on giving up in-house production for their events beginning with this new contract and allowing the networks to take over that side of the business.

UFC rights are a core tentpole of FS1’s and Fox Sports’ rights portfolio.  Although they don’t bring in the biggest ratings compared to college football or the MLB postseason, live fight cards and shoulder programming as well as shows like the Ultimate Fighter represent some of FS1’s consistently best programming options.  Were Fox to lose the UFC, it’d be the first loss of rights that FS1 would have to face and they’d likely have to create another five debate shows to fill the void.

Could ESPN be interested?  What about another competitor like NBC or Turner?  It seems as if the other networks might give a cursory glance, but according to the report there doesn’t seem to be serious interest.  At least not yet.

ESPN is a logical alternative for the UFC, and sources said network executives will sit down with the company if it allows Fox’s exclusive window to lapse.

But ESPN executives believe a big rights deal for the UFC will have little, if any, effect on its affiliate deals with pay-TV distributors — deals that account for most of ESPN’s revenue. Most of ESPN’s affiliate deals run for several years. Plus, ESPN’s parent company, Disney, could be squeamish about the sport’s violent nature.

Turner Sports is an intriguing option for the UFC, especially given that AT&T is buying Turner owner Time Warner, and the UFC could be leveraged across all the assets. Turner executives like the idea of putting UFC on truTV, which skews younger than Turner’s other channels; operating the UFC’s over-the-top service; and having the AT&T-owned DirecTV closely involved with the UFC’s pay-per-view business.

The timing, though, is tricky, and nobody knows whether AT&T’s purchase will win federal approval.

NBC Sports Group also is likely to kick the tires. Through its investment in SB Nation parent Vox Media, NBC Sports has seen the power of MMA as a media property, because the sport is the subject of some of SB Nation’s most popular sites.

Given ESPN has been much more judicious when it comes to bidding on rights fees and trying to scale back some of their expenses with pressure coming from stockholders and Disney, it’s hard to imagine the network making a major (and pricey) push into a brand new field.  It is fascinating to consider the juxtaposition of Connor McGregor and Mickey Mouse being under the same corporate umbrella, though.

NBC and NBCSN is an intriguing potential landing space.  We know their strategy as a cable channel is to take sports that they can completely own like they do with the NHL, EPL, and F1.  UFC would certainly fit within that strategy as they could take the entire contract and become the sport’s home.  It would also help fill some programming gaps in primetime when NHL games are not being aired.

Turner may be the dark horse candidate, though.  The company has shown that it’s not afraid to make a push into more sports rights, especially ones that are outside the traditional sporting lexicon like eSports.  A UFC deal would get great cross-promotion for the NBA and continue that push and make them a more significant player in the sports media world.

There could be competitors out there, but it would be an upset to see any of them take the UFC away from Fox Sports as long as the price is right.  It may not be $450 million, but given the other increases we’ve seen, there should still be a very nice payday in store from whoever makes the final bid.  Fox has the first crack at keeping UFC and we’ve seen them be bold in building their live sports offerings, taking the World Cup away from ESPN for starters.  They may have to splash a lot of cash to do it, but it might be worth it to keep the UFC and keep it away from their competitors.