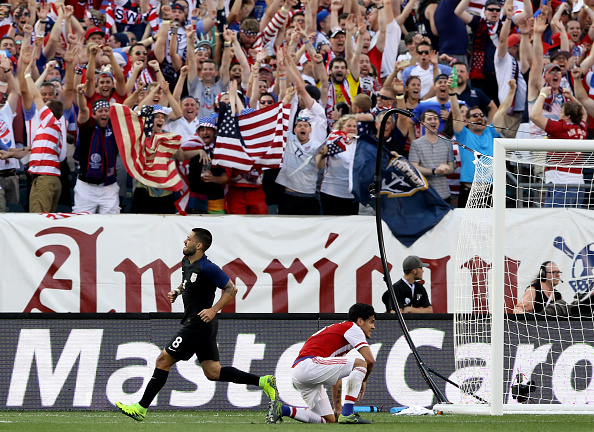 The growing movement to try and measure out-of-home U.S. audiences may be even more important for broadcasters than previously thought. ESPN and Fox both have been lobbying for this for some time, with ESPN citing specific gains from six per cent (SportsCenter) to nine per cent college football to 17 per cent (January’s AFC wild-card playoff game) from Nielsen out-of-home viewing measurements and estimates for particular events, an attempt to count all the viewing that happens in bars, gyms, offices and more. However, the Nielsen data Fox cites from a measurement on June 3’s Copa America Centenario match between the U.S. and Colombia on FS1 shows an even more impressive jump, as discussed in this story from Rachel Cohen of The Associated Press:

For ESPN in particular, the possibility of greater ad revenue can help offset the loss of subscribers. But for every network invested heavily in live sports rights — not to mention other programs that attract a lot of out-of-home viewers — this additional measurement is greatly anticipated.

“It’s always been one of those things that is so high on the list and so frustrating,” said Katie Larkin, executive vice president of advertising sales research and strategy at NBCUniversal.

Networks are especially keen to measure out-of-home viewers because of their demographics. NBC’s Larkin used the M-word, millennials — those elusive younger consumers everyone is chasing. Ed Erhardt, ESPN’s president for global sales and marketing, said his network’s research has shown that out-of-home viewers tend to be more male, more affluent, more educated and younger than the in-home audience.

Fox commissioned Nielsen to measure the U.S. team’s Copa America group stage matches and found that out-of-home viewers lifted the audience for the opener against Colombia by 30 percent last Friday night. Impressive enough, but among ages 18-34, the lift was a whopping 62 percent.

Of course, a percentage-based metric depends on how big the event was in the first place. That Copa America game drew an average of 1.536 million viewers, so a 30 per cent jump would boost it up by around 460,000. However, that’s still even better than the 457,000 extra viewers ESPN drew for that AFC championship game (a 15 per cent boost), and it suggests that these out-of-home numbers could make a big difference for networks. They’ll only mean as much as advertisers are willing to pay, and some advertisers might argue that out-of-home impressions are already taken into consideration, or that some of the viewers counted in out-of-home numbers aren’t paying much attention to the game or to its commercials. Still, the magnitude of these numbers Fox posted here is notable, both for the increase in overall viewers and the increase in that 18-to-34 demographic. That might suggest that high-profile soccer games are particularly missing out on out-of-home viewers, or it might suggest that the out-of-home numbers could be even better than previously thought for sports networks across the board. Either way, it should further enhance networks’ interest in tracking these numbers and trying to convince advertisers to pay more for them.