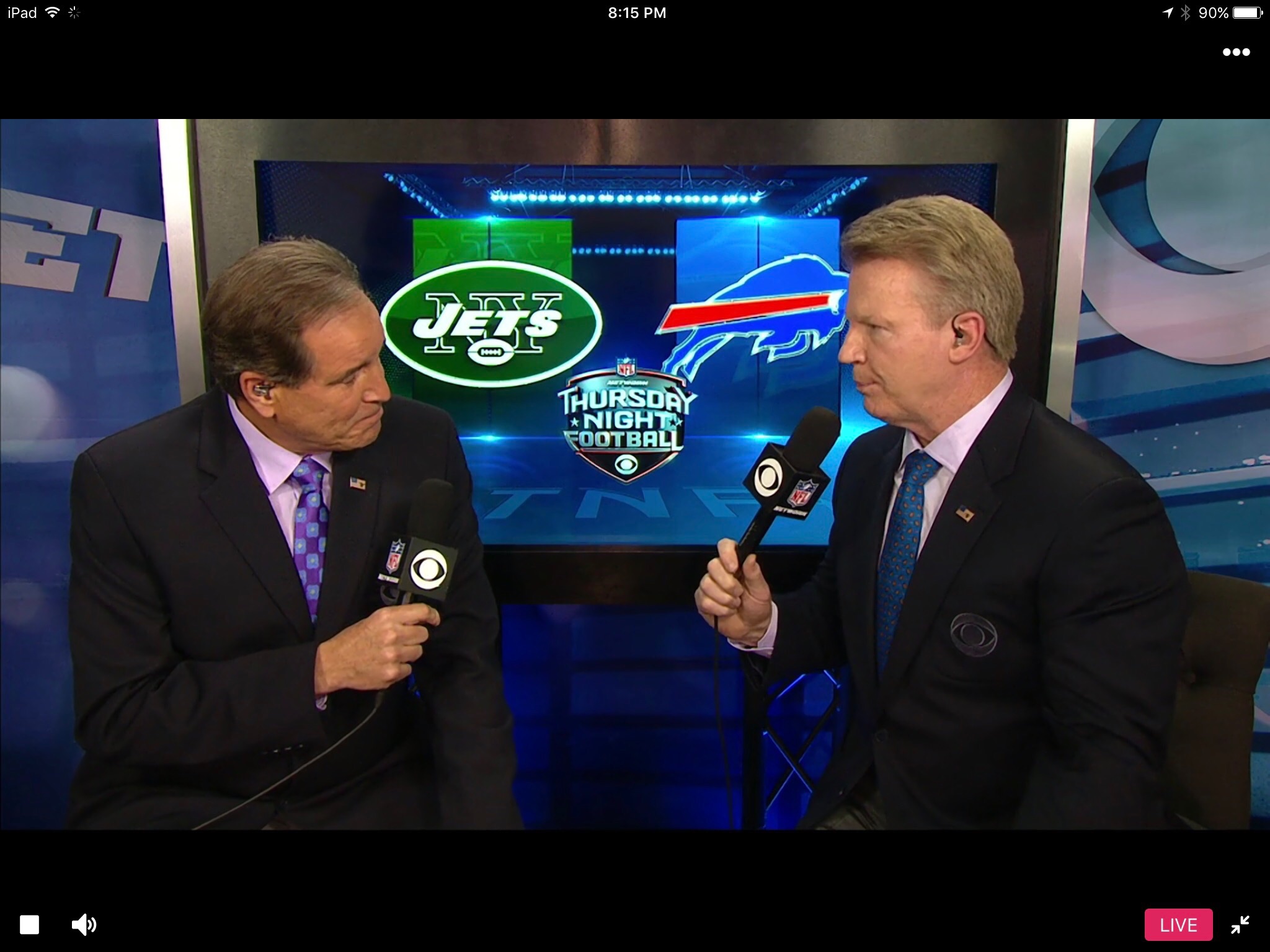 When Twitter shockingly won the bid for the NFL’s Thursday Night Football streaming rights earlier this year, the main question (aside from how much they paid) was “how are they going to do this?” Twitter made its streaming debut for last night’s Jets-Bills game, and the results were…well, they were fine, which is really all you can ask for.

Twitter didn’t try to break new ground with their stream – there was the live video player and a stream of tweets on the page. The tweets came pre-tagged with the #TNF hashtag, so I decided to see if there was a filter on what would show up in the feed.

There was not a filter. 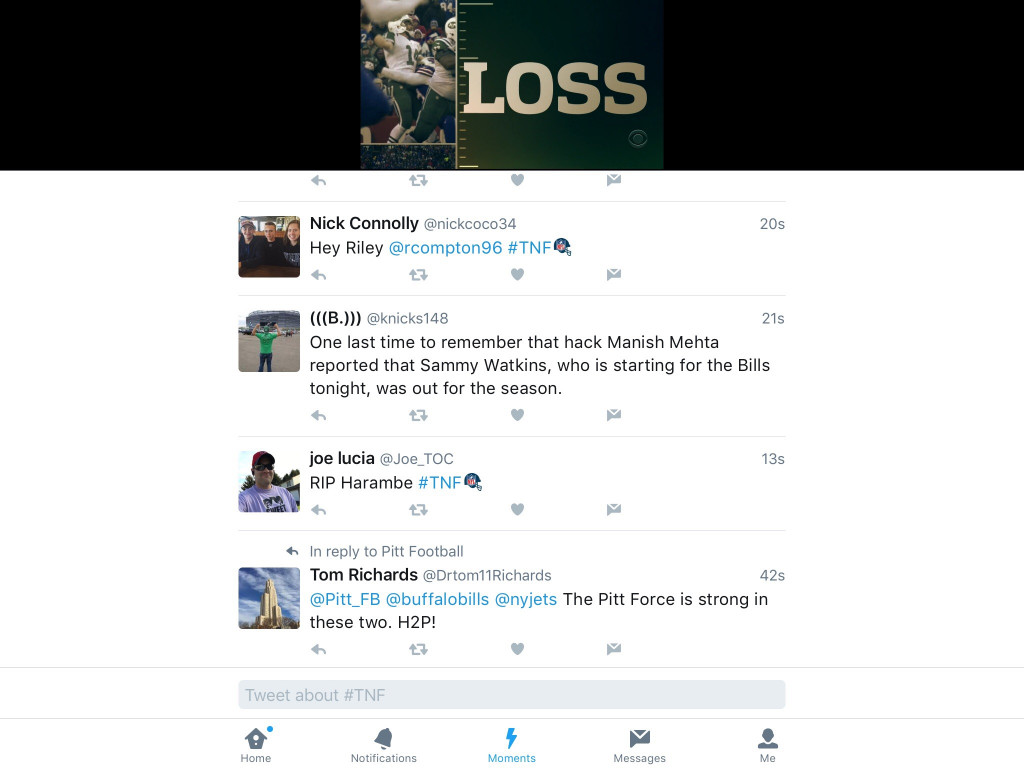 However, some experimenting showed that tweets tagged with #TNF not sent in the live video page (at least with my experience) wouldn’t show up in the stream. Similarly, tweets that didn’t have the #TNF hashtag sent from the live video page would screw up.

The feed also didn’t automatically update, so every time you wanted to see more tweets, you’d need to click to load more of them. Of course, if staring at tweets while watching games isn’t something you’re into, going full-screen (on phones, tablets, and computers) would eliminate the tweets. On other devices, this didn’t appear to be an option. 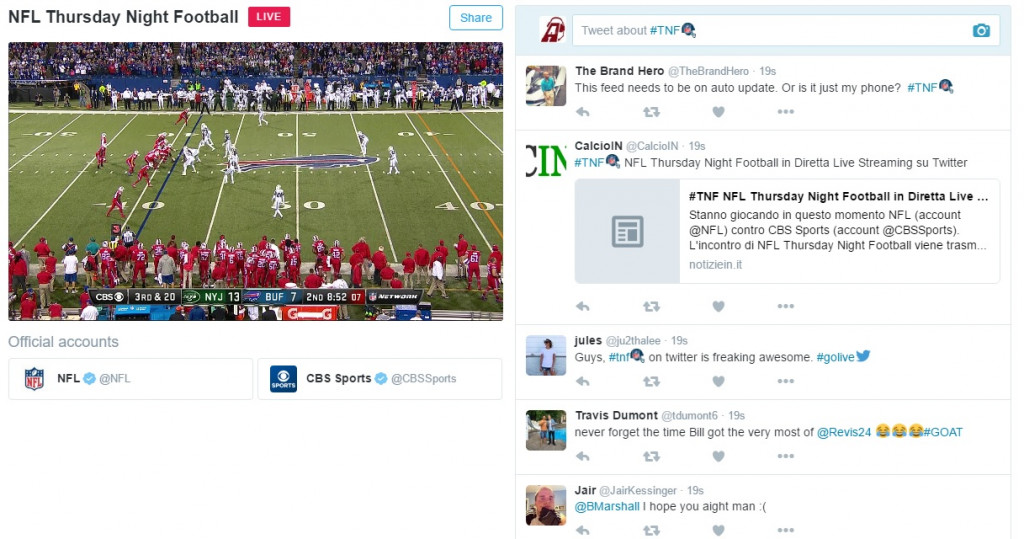 As for the stream quality, it was crystal clear most of the time – though on occasion, buffering, distortion, and video freezes would come into play, as they typically do when watching streams. The stream was also delayed compared to watching the game on CBS or NFL Network – around 30 seconds, by my count. 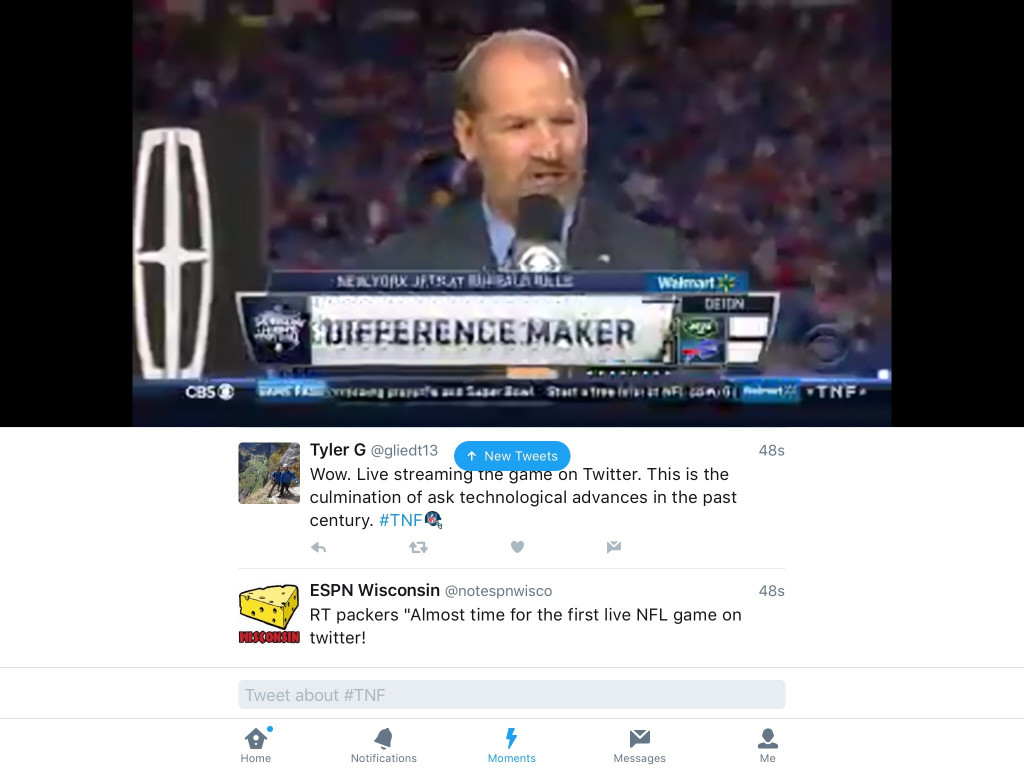 There were other issues as well. Subscribers of Sling and PlayStation Vue were blacked out of watching the game on NFL Network, and the game was only available through streaming on CBS to those PlayStation Vue subscribers where CBS was available. Those with ad blockers enabled also ran into problems that could only be rectified by disabling the ad blocker and refreshing your browser. 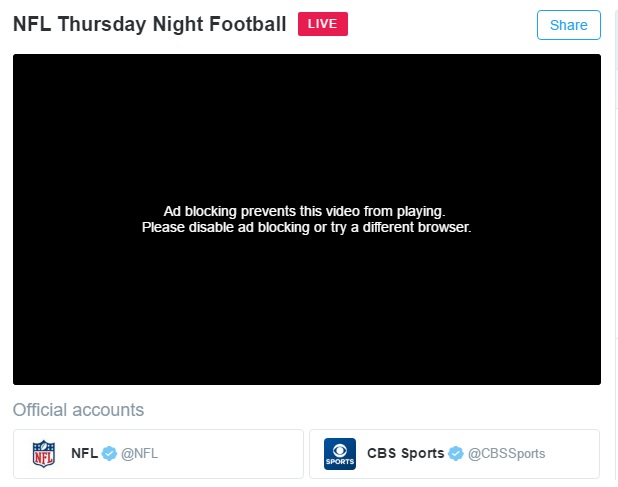 Some users also complained about the difficulty of finding the stream location, though as the game went on, links popped up on Twitter’s homepage. 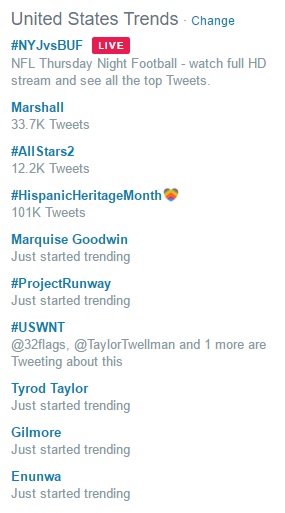 So all in all, Twitter’s live stream of Thursday Night Football was about what everyone expected – a quality stream with tweets integrated into the platform. If you’re someone that loves seeing what other people have to say during a game, you were probably in your glory with Twitter’s stream. If you couldn’t care less, the tweets probably fell somewhere between a mild inconvenience and a complete annoyance.

I do think there are plenty of ways to improve the experience in the future. For example, if you’re going to integrate tweets into the broadcast, how about showing my timeline instead of the tweets from everyone else watching the game? It’s pretty annoying to need to essentially have a second window (or app) to check Twitter while you’re watching a game…on Twitter. Or how about having the option to completely axe the feed of tweets without going full-screen on the video?

But all in all, the experience was fine. You’re not going to be blown away (unless your expectations were in the gutter). You’re also not going to be vastly disappointed (unless you refuse to turn your ad blocker off). And really, that was probably the best case scenario for Twitter’s NFL debut – nothing went incredibly wrong, and nothing was truly awful. That’s all you can ask for from a debut.