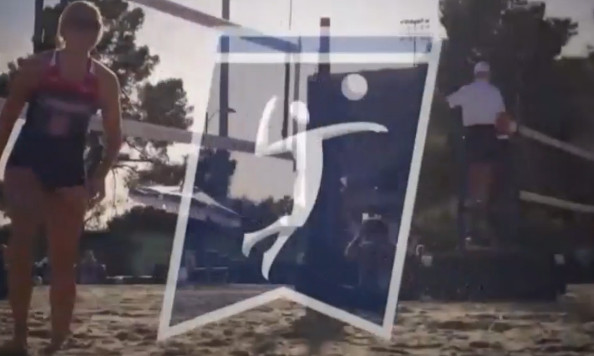 We’ve seen Turner Sports broadcasting some unconventional events recently, including their own eSports league, and now they’re continuing that trend after reaching a multi-year deal to broadcast the NCAA National Collegiate Beach Volleyball Championship, starting with this year’s inaugural championship. That championship takes place this weekend in Gulf Shores, Alabama, hosted by the University of Alabama at Birmingham. Here are more details from the release at NCAA.com:

Turner Sports and the NCAA have reached a multi-year agreement to present the NCAA National Collegiate Beach Volleyball Championship.  The inaugural championship will be held Friday through Sunday, May 6-8, from Gulf Shores, Ala.  Turner networks will televise the event, with truTV providing live coverage on Friday, May 6, and Saturday, May 7, from 3-6 p.m. ET and the championship round airing on TBS on Sunday, May 8, at 2 p.m.

“We’re looking forward to showcasing this inaugural NCAA Championship and the best collegiate women’s volleyball programs on this national stage,” said Valerie Immele, SVP of Business, Turner Sports.  “This is the latest extension of our close partnership with the NCAA to highlight their championship events across linear and digital platforms and we are excited to share this growing sport with a broader audience this year.”

“We are very pleased to have Turner as our broadcast partner for the first NCAA National Collegiate Beach Volleyball Championship in Gulf Shores, Alabama,” said Marilyn Moniz-Kaho’ohanohano, chair of the NCAA Beach Volleyball Committee and associate athletics director at University of Hawaii Manoa. “The coverage on Turner networks provides NCAA beach volleyball student-athletes with national visibility for their accomplishments and it expands the viewership for the sport overall with three days of live coverage.  The exposure is a great opportunity to showcase this new championship to existing and future fans, and it should also be a great experience for our outstanding female student-athletes.”

Beach volleyball (which the NCAA formerly called “sand volleyball”) started as an “emerging sport” with just 16 teams in 2012, and has had a championship administered by the American Volleyball Coaches’ Association since then, but this year marks the first time it’s been an official NCAA sport with an official NCAA-sanctioned championship. There are now 51 teams competing across the NCAA, and eight of those have been selected to compete in this championship.

There are reasons to think this could work as a broadcast sport, too; beach volleyball’s often one of the most popular sports at the Summer Olympics, and the two-versus-two format it uses can lead to some great displays of athleticism. Anne Marie Anderson will provide play-by-play for Turner’s coverage, alongside analyst Holly McPeak and reporters Telli Tennant, Michelle McMahon and Nicole Branagh.  This is pretty late in the running for a broadcast deal to be announced, but it is a multi-year one that should help bolster this event going forward, and Turner’s platforms should give the sport decent exposure. It will be interesting to see what kind of ratings they draw for this, though.