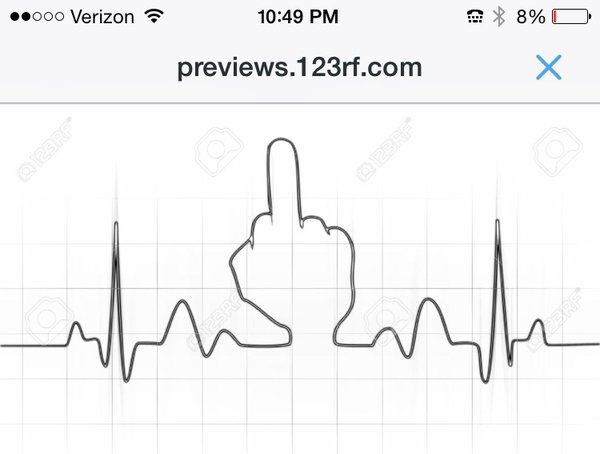 We’ve chronicled how truTV’s social media accounts have become feisty over the past couple of years, usually hitting back when people complain that they can’t find the network when it comes time for the NCAA Tournament. It began last year when truTV started to raise awareness and for the most part, the campaign was a success.

But one particular account, Pick Six Previews, a college football website which uses a lot of graphical data, tweeted out a graph this weekend on truTV’s viewership which drops after the NCAA Tournament.

With the first round done, truTV goes back to being an irrelevant channel for 361 days: pic.twitter.com/COeWLtEOeJ

Of course, that wasn’t going to go unnoticed by truTV. It responded in kind:

@PickSixPreviews You're good at interpreting charts! What do you make of this one? https://t.co/XJDC26PKyJ #truTVisAThing

The link then showed this mythical chart with a bird. Not just any bird, mind you:

TruTV gave us the middle finger for tweeting a factual graph of their viewers pic.twitter.com/57zHDZOAnN

@PickSixPreviews That graph shows yearly spikes in search terms, not viewership. You took a cheap, snarky shot at us & we answered in kind.

Pick Six Previews had the final say at least for now:

So for a Saturday late night exchange, this was quite fun while it lasted. Pick Six Previews gave the graph, but truTV went below the belt with the middle finger. At least truTV hasn’t deleted the tweets and is keeping them up tor now. This was certainly an inteesting Twitter fight albeit a brief one.