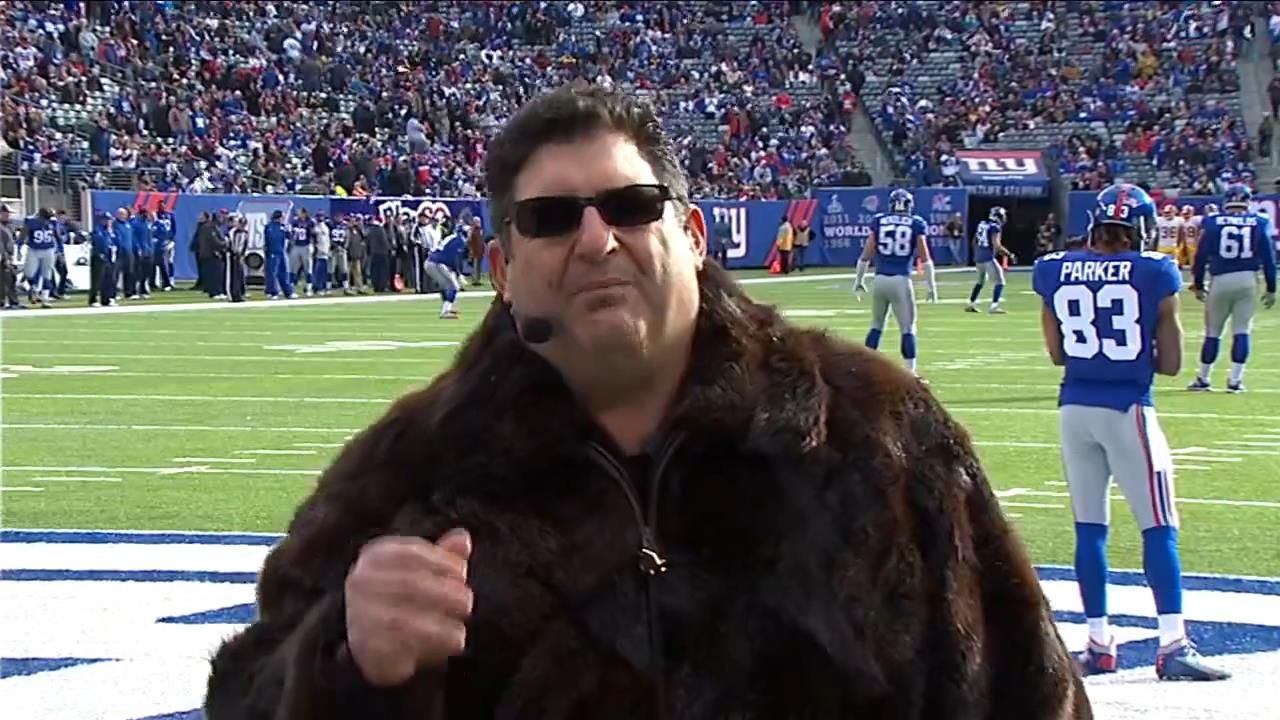 Fox Sports is undergoing plenty of changes these days, and the latest big figure to exit is Tony Siragusa. Ryan Glasspiegel of The Big Lead reports that after almost a decade with the network, Siragusa won’t be working NFL games for Fox this fall:

Tony Siragusa will not be returning to Fox’s NFL coverage, The Big Lead has learned. The former Colts and Ravens defensive tackle had been a broadcaster there for nearly a decade. He spent eight of those seasons supplementing the announce team of Daryl Johnston and Kenny Albert; this past season he worked with Thom Brennaman and Charles Davis.

Siragusa’s tenure at Fox has been interesting, to say the least. He’s usually been on the sidelines, but offering more observations and commentary and less actual interviews than your typical sideline reporter, and often trying to bring some levity to the broadcast (which can be an awkward fit with NFL games, as Dennis Miller and Tony Kornheiser would tell you). When he did interview players, it made for some memorable moments, but not often in the best way, such as this “Losses…are not really…good” question he asked Andy Dalton last November. He’s also drawn more attention for his ridiculous outfits than his actual broadcasting. We saw him choke Mike Peirera in 2012 around the debut of the “GooseCam,” which may have been Fox’s worst broadcasting innovation since the glow puck, and the 2009 attempt to make him an internet star with the relaunched video-heavy FoxSports.com (which didn’t last long) didn’t work well either.

Siragusa has frequently been mentioned as one of the most-disliked NFL announcers, and he even made a bit of a run in our Mount Rushmore tournament back in 2011, blowing out Jack Edwards before losing to Stephen A. Smith. What’s really remarkable is how he performed in Aaron Gordon‘s 2013 quantitative analysis of bad NFL announcing at Sports on Earth, providing 30 of the Albert/Johnston team’s 50 total infractions (second-worst at Fox to Chris Myers and Tim Ryan):

A very respectable showing from Albert/Johnston. Kenny is old school, sticking to his play-by-play duties. Nine of Johnston’s 17 infractions were clichés, but nine clichés through two games is fewer than most. While nothing spectacular, they don’t make me want to drown myself in cheese dip.

Speaking of drowning in cheese dip, let’s talk about Siragusa. He’s counted on to provide something almost, but not quite, entirely unlike analysis. Siragusa is the worst. He may have fewer infractions than Dierdorf, but he also speaks far less. Here’s an actual transcript of Siragusa talking on live television:

“Talked to coach Marc Trestman a … about, you know, about he said to me I said you know this first half was pretty crazy, outrageous, he said as crazy and outrageous as it was, we’re only down seven points.”

This took approximately 30 seconds for him to say and provides no more insight than the scoreboard (which is far less obnoxious and doesn’t breathe as loudly). On a separate occasion, he gave an injury update for Brandon Marshall, despite Lance Briggs being the injured player. Of Siragusa’s 30 infractions, 29 were clichés or nonsensical.

Thus, there will be plenty of viewers not too disappointed to see Siragusa go. Fox certainly tried something different with Siragusa, bringing personality and more commentary to the sideline reporter role, but his particular way of handling it was highly annoying to many, and he didn’t demonstrate the interviewing skills many good sideline reporters have. The approach didn’t find enough success to be worth replicating elsewhere, either; Fox did use “sideline analysts” Brian Baldinger and Ben Leber for a Rice-Baylor game last fall, but they were in addition to sideline reporter Christian Steckel, and that move wasn’t terribly well-received. So, the era of the “sideline analyst” may end with Siragusa, and it won’t be mourned by many.