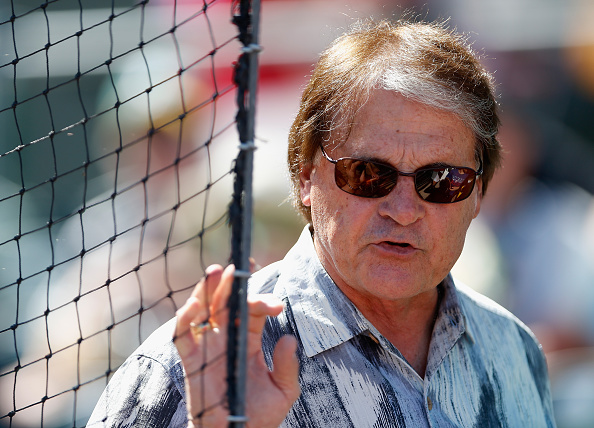 During Tuesday’s Diamondbacks-Pirates game at PNC Park, Pirates reliever Arquimedes Caminero plunked a pair of Diamondbacks hitters. Arizona retaliated for the first beaning, and Root Sports play by play broadcaster Greg Brown talked about the history of beanball wars and retaliation instigated by Diamondbacks chief baseball officer Tony La Russa during his days as a manager with the Cardinals.

This apparently pissed La Russa off, so much so that he went into Pittsburgh’s broadcast booth after the conversation and “corrected” Brown’s “inaccuracies”.

La Russa acknowledged he went into a broadcast booth during Tuesday night’s game after he “heard some stuff on the air” that he considered inaccurate about his history with retaliatory pitches during his managerial days.

If that’s not awkward enough, Brown discussed the incident during Thursday’s game. Here’s part of his comments, via Deadspin.

I didn’t speak any untruths. I spoke completely accurately, and I’ll stand by every word I said. Again, I didn’t want it to get to this point. I don’t want to get in any more squabbles, but I need to tell my side of the story. And that’s that.

I really can’t think of a situation where a team executive is confronting an opposing announcer in the middle of a game, but here we are. Some of Brown’s comments, both before and after La Russa’s interruption, likely stem from the 2014 beanball war between the Diamondbacks and Pirates that resulted in both Paul Goldschmidt and Andrew McCutchen being injured.

However, there won’t be any more fireworks between Brown and La Russa this season – the Pirates and Diamondbacks concluded their season series on Thursday, with Pittsburgh taking five of the six games.