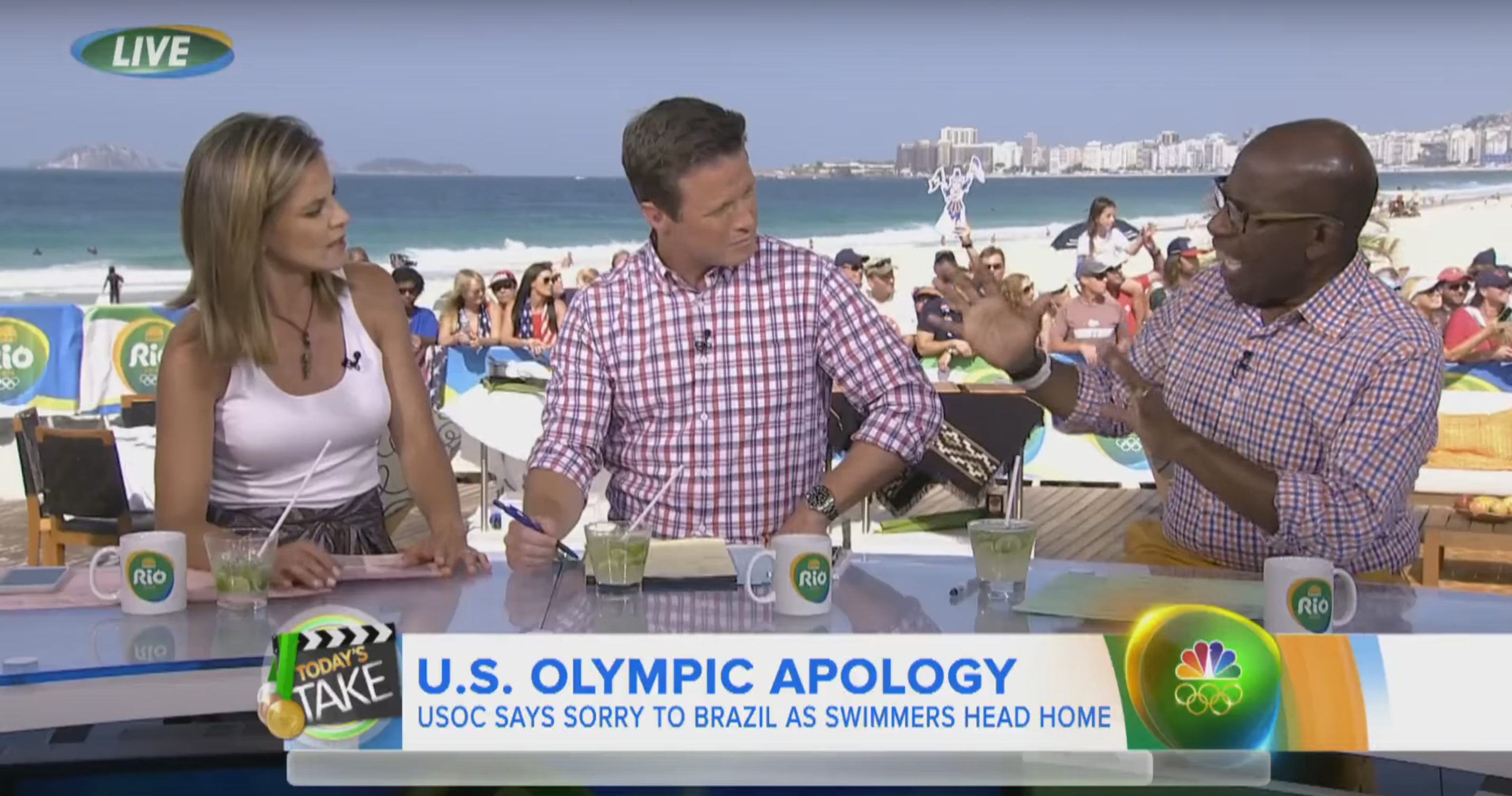 When Al Roker and Billy Bush engaged in a fierce debate on NBC’s Today about whether Ryan Lochte lied about being robbed in Rio, most people seemed to view Roker as the good guy. While Bush was employing some sort of warped “Kids will be kids” logic to defend the 32-year-old Lochte, Roker called out the swimmer for straight up lying, saying:

“He lied to you, he lied to Matt Lauer, he lied to his mom. He left his teammates hanging while he skedaddled. There was no robbery, there was no pull over. He lied.”

Well you know who didn’t see Roker as a hero? Today show executives and talent.

According to Page Six, “insiders” were “embarrassed” about Roker’s impassioned position.

But insiders told us “Today” executives and on-air talent — already struggling to cover the story while managing relationships with the US Olympic Committee and individual athletes — tried to smooth things over.

“There were several producers and talent who were left trying to explain Al’s over-the-top behavior,” said a source. “Several insiders found themselves wanting to distance themselves from his response.”

“It was a great thing to watch online, but a lot of NBC staff thought that he took it way too far for something that, while it was certainly a legitimate issue and certainly bad behavior by Lochte, outrage to that level just wasn’t justified.”

So, yes, Roker came on pretty strong in his anti-Lochte monologue. But you know who else came on pretty strong? Billy Bush! If you’re going to be mad at Roker for taking too hard a stance against Lochte, shouldn’t you also be unhappy about Bush defending the swimmer as if he were his defense attorney? Here’s the clip, in case you haven’t seen it.

There’s a lot of anger on both sides here, but we can at least come together to agree that whoever let Bush and Roker wear those matching shirts should be fired ASAP.

Hopefully Roker doesn’t get in any sort of trouble over expressing an opinion that seemingly 80 percent of America shares. But props to NBC and ‘Today’ for milking some extra publicity out of l’affaire des Lochte.