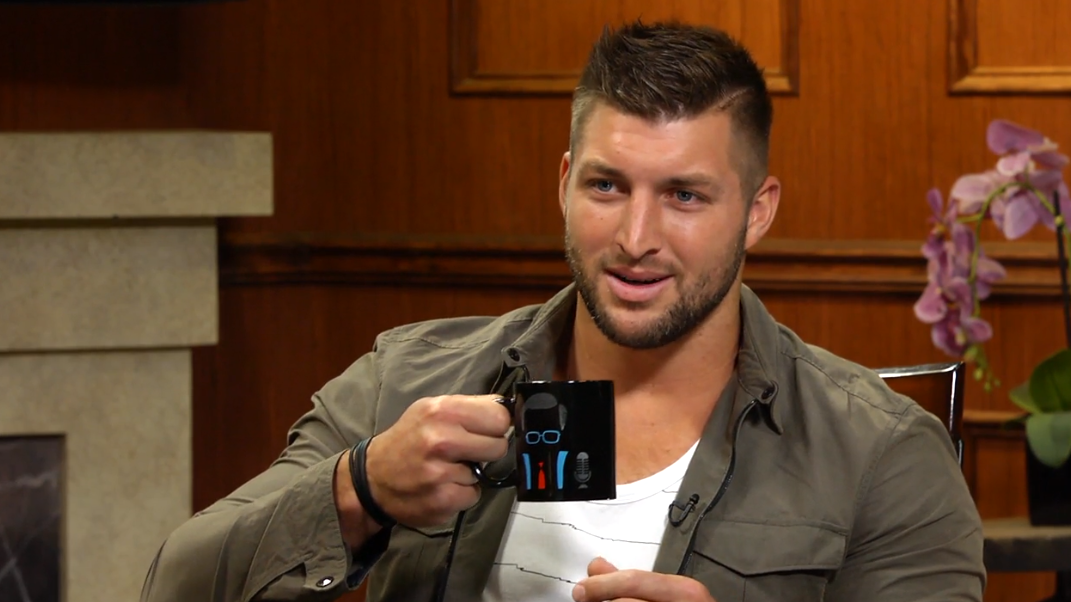 SEC Network analyst (and Ohio State recruiting material) Tim Tebow appears to be keeping his options open for other jobs outside the sports media. Tebow recently spoke to Larry King for an episode of Larry King Now (which airs on Ora TV, Hulu and RT: the full episode is available here), and seemed to still have interest in a NFL career. Here’s what he said:

So, that’s not a firm declaration he’s giving up a media career for what at this point would seem to be a very slim shot at the NFL (Tebow is 28, hasn’t spent a full season in the NFL since 2012, had major accuracy issues when he was there, didn’t make the team in offseason stints with the Patriots in 2013 and the Eagles in 2015, and has had even the CFL GM who’s held his rights in that league question if he’d be a proper fit), but it’s an interesting indication that he seems at the least very willing to move away from the sports media and try football again if he gets the right offer. We can’t rule out that happening, either; few thought Tebow would get a look in 2015, but he did. Don’t expect him to switch positions, though; Tebow also spoke to King about why he’s declined those offers and why playing quarterback is so important to him.

There’s an even more plausible scenario in which Tebow exits the media realm, though, and that’s to run for political office. Tebow said in March he was “intrigued” by the idea of pursuing a political career, and Florida Republicans seem quite high on recruiting him. Here’s what Tebow told King about his political aspirations:

“You never know. For me, my greatest passion and purpose is to make a difference. And however I can do that is what I want to do. There’s a chance that if one day I feel that’s the greatest way I can make a difference, then I would think about it.”

So, that’s not the strongest endorsement in the world, but it does show that Tebow is at least considering the idea. He’s also venturing into other media realms beyond sports, as with his stint co-hosting Fox’s summer reality show Home Free with Mike Holmes (which he also talks about with King, at the 14:40 mark), where contestants will build an entire neighborhood of homes for their personal heroes. Here’s a clip from Fox previewing that show, which airs its first episode Thursday night at 9/8 Central:

Tebow’s been a pretty decent analyst so far, but all of this shows he has ambitions way beyond being just a football talking head. It will be interesting to watch and see where he goes from here.