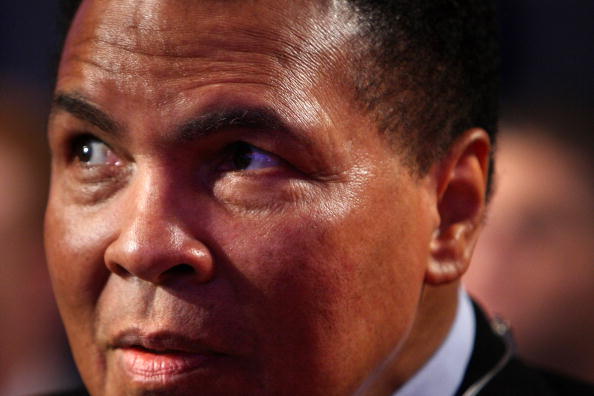 Another week, another week of NBA and NHL Finals action, the Copa América Centenario tournament ramps up with group play throughout the week, baseball continues and college baseball and softball are in the midst of championship action.

Expect extensive coverage of Muhammad Ali’s memorial in Lousville, KY this week. ESPN will have coverage on SportsCenter and as Ali transcended sports, the news networks will also provide live coverage as well.

With the NBA Finals spread out over an 18-day period, it means extra travel days and an extended period for seven games if the series reaches that point. This week, we have games on Sunday, Wednesday and Friday. ABC will air all of the games. Mike Breen, Mark Jackson, Jeff Van Gundy and Doris Burke are the ESPN on ABC game crew.

Tonight’s game is an early start time with the other two games this week at the customary 9 p.m. ET tip.

As usual, NBA Countdown precedes each game a half-hour before gametime.

The NHL has also drawn out the Stanely Cup Final. Just two games this week on Monday and Thursday. And with NBCSN out of the way having aired Games 2 and 3, NBC will broadcast the rest of the series. Doc Emrick, Ed Olczyk and Pierre McGuire will be on hand for all of the games. And with San Jose winning Game 3 on Saturday, we’re assured of least five games in the series.

The month-long soccer tournament ramps up with group play across the country. All of the games will be aired on either Fox, FS1 or FS2 and on the simulcast trifecta of Univision, UniMás and Univision Deportes. John Strong and Brad Friedel will call the US matches. JP Dellacamera and Stuart Holden will be on hand for all of the Mexico games.

Rob Stone is the studio host. Fernando Fiore, formerly of Univision, has certainly been one of the revelations as part of the Fox set in the first two days of the tournament coverage. And they’ll have Alexi Lalas, Eric Wynalda, Aly Wagner and Herculez Gomez rotating as analysts.

Here are the games for this week, Univision/UniMáa/Univision Deportes are simulcasting all of the matches, so we’ll list the Fox networks here.

FS1 and the Univision networks will all have preagme programming. Plus on selected nights, FS1 will have a Copa América Tonight wrap up show hosted by Fiore.

Streaming coverage will be provided on FoxSportsGo and the Univision Deportes apps. Cable authentication is required.

The other major international soccer tournament begins this week. UEFA EURO 2016 kicks off in France on Friday with the opening game. We’ve detailed ESPN’s coverage plans with hosts and set location.

Here are the games:

All of the games will be streamed on WatchESPN.

We have a slew of national games this week. Let’s list them:

Here’s the schedule for the Championship Final:

The NCAA Division I Baseball Tournament continues with its Regional round on Monday. Depending on who wins, we could see as many as four games aired on ESPNU and SEC combined. The games would air at 4 and 7 p.m. ET on ESPNU and 6 and 9 p.m. ET on SEC Network.

Then the Super Regionals would begin Friday with a doubleheader on ESPN2 and a combined 7 games on ESPN2 and ESPNU.

College Track & Field Outdoor Championships take place in Eugene, OR with coverage on ESPN on Thursday and Friday in primetime.

NASCAR heads to the Michigan for Sprint Cup and Xfinity races. FS1 will have the Xfinity Series race at 1:30 p.m. ET.

Formula 1 heads to North America for the Canadian Grand Prix live from Montreal. NBCSN will air practices on Friday and Saturday while NBC will air the race live next Sunday.

IndyCar goes to the Texas Motor Speedway for the Firestone 600. NBCSN airs that race next Saturday in primetime at 8:30 p.m.

The third jewel of horse racing’s Triple Crown, the Belmont Stakes will air on NBC on Saturday at 4:30 p.m.

The PGA Tour heads to Memphis for the FedEx St. Jude Classic. Golf Channel and CBS will combine for coverage.

The LPGA has the Women’s PGA Championship at the Sahalee Country Club in Sammamish, WA. Golf Channel and NBC will have the coverage of the major championship on the LPGA Tour.

And that wraps up what you’ll see this week on sports television.