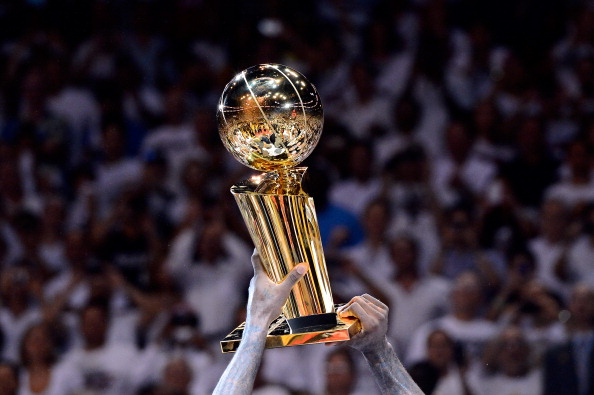 This week is a busy one for sports television. There’s Game 7 in the NBA Western Conference Finals, then the NBA Finals, the NHL Stanley Cup Final, the start of Copa America, the final week of the French Open, baseball and plenty of motorsports to go around.

Let’s take a look at what’s in store for sports viewing this week.

We have a Game 7 in the Western Conference Finals on Monday. The winner of Oklahoma City-Golden State advances to the NBA Finals against Cleveland. TNT will air Game 7 and it will be its last game of the 2016 NBA Playoffs. Marv Albert and Chris Webber call the game at 9 p.m. ET.

That will lead to the NBA Finals which will begin on Thursday on ABC at 9 p.m. ET. That will be the only game this week. If the Finals go the entire 7 games, they’ll run over an 18-day period. But we’ll get into that next week. ESPN’s Mike Breen, Mark Jackson and Jeff Van Gundy call the Finals on ABC.

The Stanley Cup Final begins on Monday with the Pittsburgh Penguins and San Jose Sharks facing off. The NHL has the misfortune of going up against Game 7 of the NBA Western Conference Finals, but that will be the only conflict with the Association.

This is to ensure that a Cup-clinching game will air on NBC, but it’s a little weird to have a contingency for Game 3 depending on the outcome of the first two games.

Liam McHugh will the host and he’ll be joined by analysts Keith Jones and Mike Milbury. NBC will have sets outside Consol Energy and SAP Arenas in Pittsburgh and San Jose, respectively. Kathryn Tappen and Dave Briggs will front those desks with Brian Boucher, Anson Carter and Jeremy Roenick alongside.

Calling the games will be Mike Emrick, Ed Olczyk and Pierre McGuire.

Here’s the schedule for the first three games of the Stanley Cup Final:

The French Open gets into the nitty gritty this week as the second Grand Slam tournament of the year will crown a champion. Tennis Channel and NBC combine to air the action beginning with the Round of 16 today and tomorrow, then into the quarterfinals and the women’s semifinals on Thursday and the men’s semis on Friday.

NBC will again pull the dreaded tape delay for one women’s semi and one men’s semifinal on Thursday and Friday respectively at 11 a.m. in all time zones, but the added attraction here is that NBCSN will be simulcasting NBC’s coverage at 11 a.m. ET so viewers in the Central, Mountain and Pacific time zones will be able to watch live. For those stuck with NBC in those areas, they’ll have to watch on tape delay.

The Copa America Centenario tournament begins on Friday. Fox Sports/FS1/FS2 will air the games in English while Univision/UniMás/Univision Deportes will have the Spanish language rights. While Fox will showcase most of the games on FS1, Univision will simulcast the games on all three of its networks. The U.S. Men’s National Team will kick off the tournament on Friday hosting Columbia. Then there will be three games on Saturday. Here’s what’s on tap for this weekend:

Fox’s announcing teams for Copa America will be as follows:

FS1 will also air pregame shows before selected games and wrap up the night with Copa Tonight studio shows. Rob Stone will be studio host.

ESPN will have an afternoon doubleheader for the Memorial Day holiday while MLB Network will have an evening game. And there’s Fox’s weekend games. We have the schedule below:

NASCAR heads to Pocono this week after spending two weeks in Charlotte. It’ll have both Xfinity and Sprint Cup races at the venue.

Fox will air the Xfinity race this Saturday at 1 p.m. ET.

IndyCar will be in Detroit for the Detroit Grand Prix. ABC will air the dual races on Saturday and Sunday at 3:30 p.m. ET

The NCAA Spring Championships are really ramping up into high gear as several sports crossover into a busy period.

This week marks the beginning of the NCAA Baseball Tournament. ESPNU has the Baseball Selection Special at noon ET on Monday, then the double elimination Regional portion of the tournament begins on Friday on the networks of ESPN. Probably the best way to watch is through the ESPN Bases Loaded channel which will begin its whiparound coverage on Friday. ESPNU will simulcast its coverage Friday at 3 p.m. ET

And for softball, the Women’s College World Series begins Thursday in Oklahoma City from ASA Hall of Fame Stadium in Oklahoma City. ESPN will carry the first two games at noon and 2:30 p.m. ET with coverage throughout the weekend. Here’s the schedule:

And that will wrap up our preview for this week.