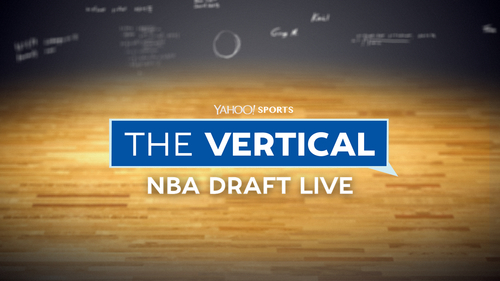 The numbers for Yahoo’s first-ever streaming NBA Draft show on The Vertical are in, and they’re impressive. Adrian Wojnarowski told Awful Announcing ahead of the draft that the show would be a key resource for fans looking to find out what was happening in real time, saying “If you’re watching our show, you’re going to be ahead,” and it seems like plenty of viewers opted to check it out. A Yahoo spokesperson told Awful Announcing Friday the almost-four-hour stream drew 3.7 million total video views, reached more than 2.8 million unique viewers across all devices, and averaged 34 minutes of watch time per user, saying “We’re very happy with the numbers and how it came out. Everything went great with Woj doing his thing and breaking news in real time. …Consumers really enjoyed the experience that we put out there. It’s kind of something new that has never been done before, so it was a fun experiment for us.”

By contrast, ESPN’s draft coverage averaged 2.994 million viewers. Yahoo’s number is a total rather than an average, but it’s substantial that a web show got this many views, and that’s probably part of why ESPN posted its worst draft rating since 2012. Wojnarowski told AA The Vertical’s numbers are as big as they are because of the work that went into providing a top-quality product.

“I think the numbers are a reflection of the quality of the content, of the quality of the production of the show, and the great reach and brand that we have on the NBA and the reach that The Vertical and the reach that Yahoo has,” he said. “I was just pleased with the reporting, pleased with not only breaking a tremendous amount of stories over the course of the evening and the last week leading into the draft, but with the accuracy of what we’re doing. And the quality of the analysis; what Tom Crean did in the studio was impressive. If Tom Crean decided to do this full-time, he’d be as good as anyone there is. He’s obviously an elite coach, a championship-level coach, and at the top of his profession. I thought he was beyond insightful and prepared and his energy permeated the show. Chris Mannix was tremendous in that role of hosting and knows the league inside-out and has his own contacts, and Bobby Marks, what he brought, and Shams Charania, his reporting was tremendous. It was a total team effort and it was a reflection of what we can do.”

Wojnarowski said he wants this to be the first of many NBA streaming shows for Yahoo around big events like the draft and free agency.

“Hopefully the commitment will be there from Yahoo to want to continue to do these and build off these and sell off of them,” he said. “I think we can keep doing more. I think we can build off it, I think we can do these in free agency, do it at the trade deadline, do it again at the draft. My hope is that this kind of show would be a staple of what we can do with The Vertical.”

Wojnarowski said he thinks the numbers can get even better now that people know about it and now that they have the “thevertical.com” URL, which went live last week. He said the show got its audience organically, from people discovering it and passing it on.

“Word of mouth really sold the show,” he said.  “I think this is a reflection of the opportunity that’s there for us if Yahoo wants to commit and wants to keep doing it.”

He said they have all the pieces essential to make a good show.

“We certainly have the group to do it, we have the infrastructure of reporting and production talent,” he said. “Ryan Dornbusch and Alan Springer, who produced and directed the show, put together just a tremendous production. …What they did in the studio, building off our reporting and our video analysis, I’m just real proud, and I’m real proud of everyone who was a part of it.”

Disclosure: Andrew also writes for Yahoo Canada Sports. He was not involved with The Vertical’s draft coverage.