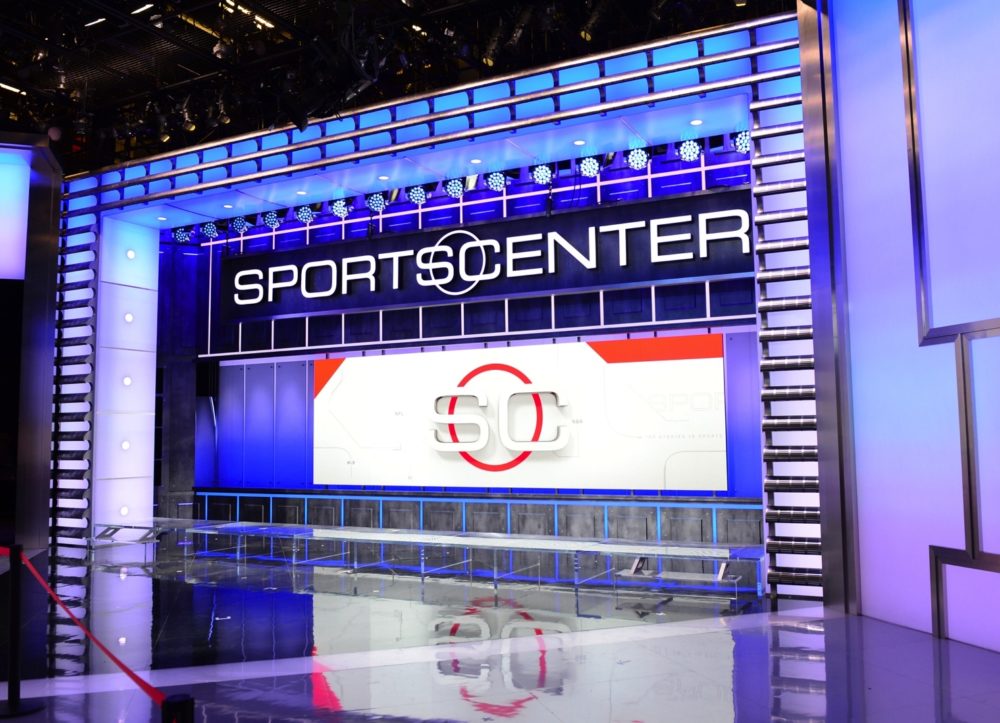 On last night’s Fox Sports Live, Dan O’Toole opened by saying “Many of you have wondered, what happened to all the highlights?”

When Fox Sports Live relaunched on Monday night as a late night comedy-sports show, it confirmed a reality that’s been hovering over televised sports for a long time, but one that we’ve been reluctant to admit is true.

The sports highlight show is dead.

The show that you grew up with, featuring anchors trading highlights back and forth and inventing trendy catchphrases, catching up on all the action from the night before… it’s no more. Lost in the evaporating mist of history. And FS1’s decision to finally abandon the concept after the original version of Fox Sports Live failed to grow in ratings might have been the final nail in the coffin of the sports highlight show.

Highlight shows have a long and illustrious history, and not just the thousands of episodes of SportsCenter that have aired on ESPN over the years. The George Michael Sports Machine has a huge legacy that impacted the industry.  What about Sports Tonight on CNN/SI (remember that channel?) or Fox’s National Sports Report? Heck, when ESPNEWS was launched in 1996, it was specifically for sports highlights. For a long time, any and every sports network had to have a highlight show that would be their own version of SportsCenter. It wouldn’t be right without it.

For sports fans of any age, the highlight show was likely an integral part of your fandom at some point along the way. That’s as long as you’re over the age of 13. How we got here is no mystery. The sports highlight show in 2016 is completely obsolete. The digital revolution has made it so.  In actuality, its ultimate demise has been a lengthy process played out over several years as social media has grown and more people watch more video on mobile and tablet devices.

Why does anyone need a sports highlight show when they can just open their Twitter page and see Vines of all the big plays of the night right on their timeline? Why do we need to wait for SportsCenter to recap the Warriors-Heat game when they can go online to a number of different venues that will stream it for them instantly? With ALL the highlights at our fingertips, the digital universe is our highlight show. And we just don’t control the remote, we control the rundown, the length of the highlight, what we want to watch and when. Why complain SportsCenter isn’t showing enough NHL highlights when you can just subscribe to the NHL YouTube page?

A common refrain we have heard from readers over the years at AA is a longing for those highlight shows of yore as the format has faded away over time.  In fact, one of the most popular articles in our website’s history is lamenting what happened to SportsCenter and all the highlights because it struck that nerve.

“If Fox or NBC would give me just the highlights, then I’d watch those networks and turn off ESPN…”

That sounds all well and good in theory, but these wishes have shown themselves to be more of a love of nostalgia than anything practical. If sports fans really wanted a traditional highlight show then just one of the new options would have worked. Instead, every iteration of a national highlight show has come and gone by the wayside. 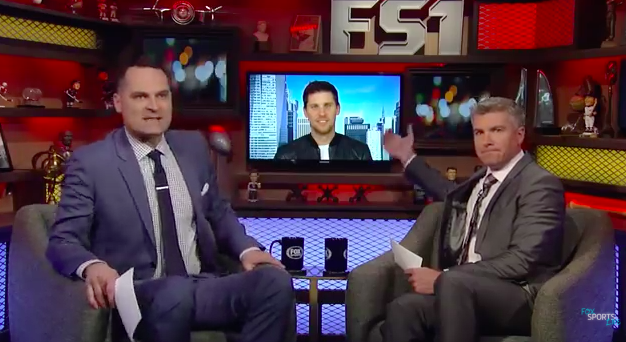 Fox Sports Live was the flagship program of Fox Sports 1 when the network launched in 2013. It was sold to the masses as a competitor for SportsCenter that would bring back the emphasis on anchors Jay Onrait and Dan O’Toole reading highlights. Well, at least that was half of the emphasis as they had to share the stage with the doomed Best Damn Sports Show Period athlete panel redux. The panel was eventually scrapped and the focus became the highlights in Fox Sports Live 2.0. As you may know, it wasn’t long after until the highlights fell by the wayside as well. Now Fox Sports Live is a half-hour late-night show with a few highlights mixed in with interviews and comedy. To show just how much media has evolved, the new Fox Sports Live is re-distributed as a podcast to reach fans digitally.

FS1 isn’t the only network to try and fail in launching a national highlight show. In August 2012, NBCSN debuted The Lights, a 20-minute block of only highlights. No analysts. No debates. No panels. No sponsored segments. Not even an anchor on camera. Just a voice reading scripts over highlights. For those fans who longed for a traditional highlights show, surely this was it. This would be the answer to those prayers. The Lights didn’t even stay on a year before they were turned off.

And what about ESPNEWS? The 24-hour highlights and news channel. Their daily programming is now filled with replays of ESPN’s never-ending litany of debate shows like First Take (and First Take replays… *shudders*) and syndicated radio shows for television like Russillo & Kanell. ESPNEWS has evolved to televise more live events than ever before and it’s not uncommon to see a college basketball or football game on the network. The channel’s Highlight Express quietly bit the dust a couple years ago and the only semblance of highlights now are episodes of SportsCenter when the program isn’t on the mothership. Really, the channel should be a version of ESPN3, as the “NEWS” moniker is little more than a historical relic.

We can’t leave this discussion without mentioning the evolution of the original highlight show itself, SportsCenter. Because SportsCenter in 2016 is nothing like it was 15 years ago or 25 years ago. Take a look for yourself…

Although it’s not the SportsCenter that we recall from past decades, ESPN wisely got ahead of the curve in changing the course of their most important show over the last several years. Realizing that the appetite and need for an entire hour of sports highlights was becoming a thing of the past, SportsCenter transitioned to telling you why something happened instead of just what happened. That means the biggest presence on SportsCenter these days are the small colony of former players and coaches that live in Bristol, Connecticut.

While that has led to some regrettable moments where SportsCenter‘s quality has taken a nosedive and the debate segments have drifted into the inane, it has done the job of keeping the program relevant and giving viewers a reason to watch. The best example of this trend may be what SportsCenter has done with its most-watched edition of the show throughout the year: the episode following Monday Night Football.  When in years past SportsCenter would have led with a highlight package and then moved on to other things, now the post-MNF SportsCenter is a de facto postgame show with a focus on interviews and analysis at the stadium.

In 2016, SportsCenter continues to take on different shapes. Instead of 24 hours of analysis and debate sprinkled in with highlights and news reporting, ESPN has moved to giving each episode of SportsCenter a distinct personality. The midnight edition with Scott Van Pelt is the most unique incarnation of the show ever seen, with personality-inspired segments, monologues, and other clips that are socially sharable. The 6 p.m. ET edition with Lindsay Czarniak is heavy on news, reporting, and analysis with a rapid fire rotation of ESPN personalities. Even the new SportsCenter AM bleeds into morning show territory with its new format.

All of these changes continue to push SportsCenter and ESPN into a new frontier that is far beyond the horizon of the highlight shows of yesteryear.

What does it all mean?  The death of the highlight show doesn’t have to be a bad thing that is mourned with melancholy. The new interpretations of these daily shows are in capable hands with the likes of Van Pelt and Czarniak or Onrait and O’Toole.  Done right, the new age show can be challenging, insightful, and funny. And it’s not like the highlights are gone completely. Rather, televised highlights have become the side dish instead of the main course because sports networks have come to the realization that by the time to sit down and watch television, you’ve already had your fill.