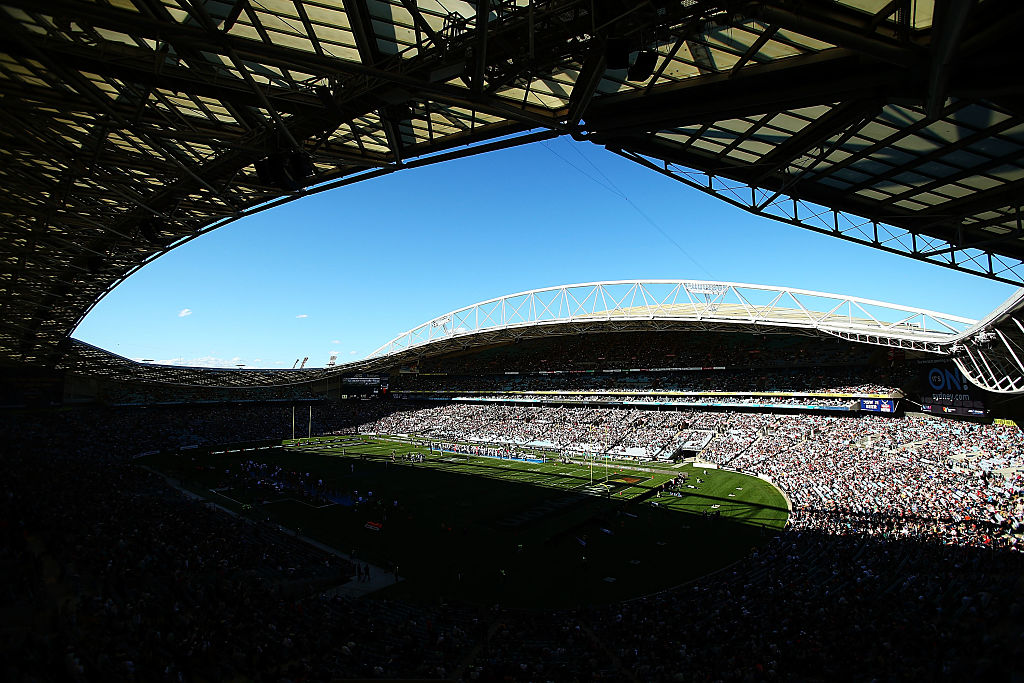 There was a big sporting event in Sydney this weekend and no, it wasn’t the Sydney Swans clinching top spot on the AFL ladder against Richmond.  It was a regular season game of college football played between California and Hawaii across the Pacific Ocean at ANZ Stadium.  Cal emerged victorious in a 51-31 victory, but it will not be the last time Pac 12 football gets exposure down under.

The Pac 12 has agreed to a deal with Fox Sports Australia to air regular college football and basketball games throughout the season – 13 from the gridiron and 21 from the hardwood annually.  The announcement from the Pac 12 naturally coincided with the Sydney game:

“We are excited to bring the best of Pac-12 football and basketball to the sports fans in Australia,” said Pac-12 Commissioner Larry Scott. “As our universities continue to operate in an ever-changing globalized world, we see great value in distributing our content globally as a way to showcase our academic and athletic excellence.”

The football and basketball Game of the Week packages will be produced by Pac-12 Networks, the conference’s wholly owned media company. FOX SPORTS Australia will televise the games live in Australia and feature encore presentations at consistent times for the Australian audience. In addition, FOX SPORTS AUSTRALIA will showcase the games on Fox Sports’ digital platform.

Insert your own joke here about the Pac 12 getting a TV deal done in AUSTRALIA before they could get one done with DirecTV stateside.

We’ve seen a few Australians make their way into the NCAA as punters and kickers, but it’s probably fair to ask what kind of market exists in Australia for American college football.  Perhaps it is encouraging that over 60,000 fans showed up in Sydney yesterday.

It’s a bold move from the Pac 12 to try to gain a new global audience.  The Cal-Hawaii game follows on a basketball trip by a Pac 12 All-Star team to Australia earlier this summer.  How much it might tangibly help these programs remains to be seen, but any slight advantage that comes with increased worldwide fandom can be beneficial.

Every American sports entity is intent on growing their brand across the globe with international games and television deals.  And now with college conferences and teams getting in on the action (Michigan and Jim Harbaugh tried to schedule a satellite camp in Australia this summer) you can bet that every program will see the 7.1 billion people living on planet earth as ways to increase revenue and recruiting.  This is only just the beginning of NCAA schools looking globally to grow their athletic programs.