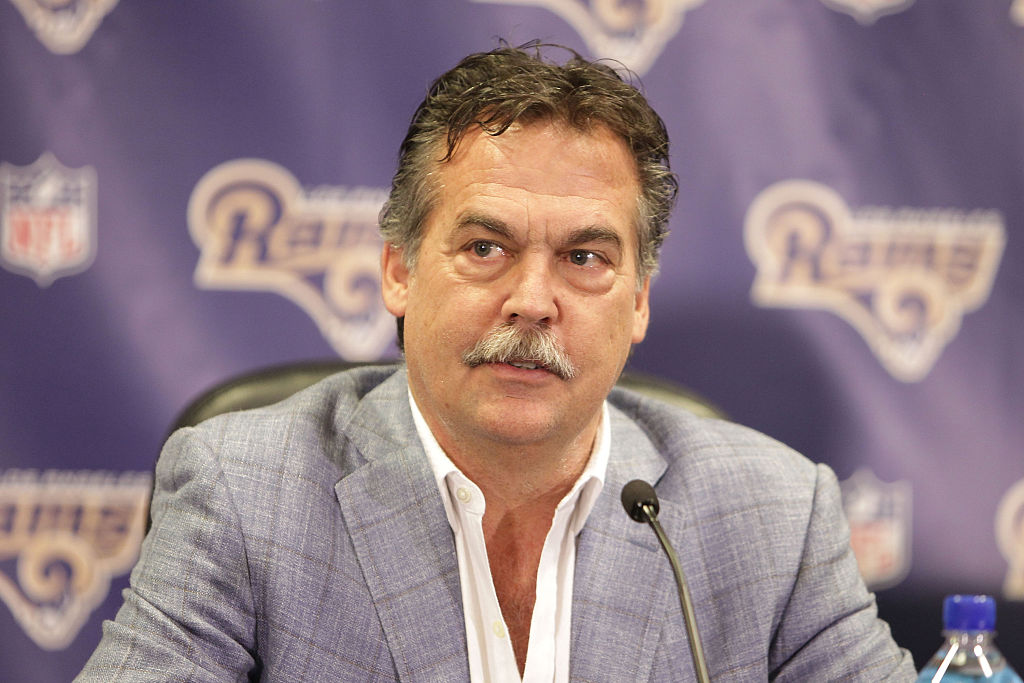 HBO and the NFL have their team for the upcoming season of Hard Knocks.  And although the New Orleans Saints were the early favorites to be this year’s participants, it was announced today that it will be the newly rechristened Los Angeles Rams taking centerstage.

Via the Los Angeles Times:

The Los Angeles Rams are ready for their close-up.

They are this summer’s “Hard Knocks” team, the centerpiece of the critically acclaimed HBO series that provides an all-access look at training camp through the legendary lens of NFL Films.

NFL Commissioner Roger Goodell is expected to announce the decision Wednesday at his news conference that closes the annual owners meetings.

“It’s clear both in Southern California and nationwide there’s significant interest in the return of the Rams to Los Angeles, and it seemed like a very good year to give people a look at our franchise and our players,” said Kevin Demoff, Rams chief operating officer.

At this point, it’s unclear whether the Rams volunteered for the series or if they were chosen by the NFL… or if they came to some kind of mutual agreement that this is the way it was just going to be.  The Rams were one of the teams the NFL could have mandated to appear if no other team volunteered.

As you might expect, the deciding factor in giving the Rams the Hard Knocks platform had more to do with their move from St. Louis to Los Angeles than anything else happening on the field for the franchise:

“This was the perfect team at the perfect time,” said Ken Rodgers, an NFL Films coordinating producer and also the show’s supervising producer. “It’s such a historic moment in NFL history, and one that NFL Films hasn’t really documented in the past.

“Previous teams that have moved, it wasn’t something that we had covered fully like we’re going to cover the Rams. What we try to do on the show is find a team that’s going on a mission, that’s going somewhere. Having a team that’s not only trying to get somewhere but is also physically moving just adds to the drama of training camp.”

The Bills, Jaguars, Bears, Saints, Chargers, and Raiders were the other teams that could have been forced by the league to take part in Hard Knocks.  One has to imagine that if it was the Chargers or Raiders making the move to Los Angeles that they would be the ones selected.

The emphasis on relocation certainly gives Hard Knocks a new and interesting spin for the 2016 season.  At the same time though, HBO will have a hard time getting an entire training camp series out of that narrative and Case Keenum and Nick Foles don’t exactly scream “must-DVR.”  In fact, the Rams were next-to-last in our rankings of the teams we wanted to see on the series.

Nevertheless, like everything the NFL does, this is mostly about money and marketing.  It’s about Roger Goodell’s dream of conquering Los Angeles.  Now the entire country gets to go along for the ride.