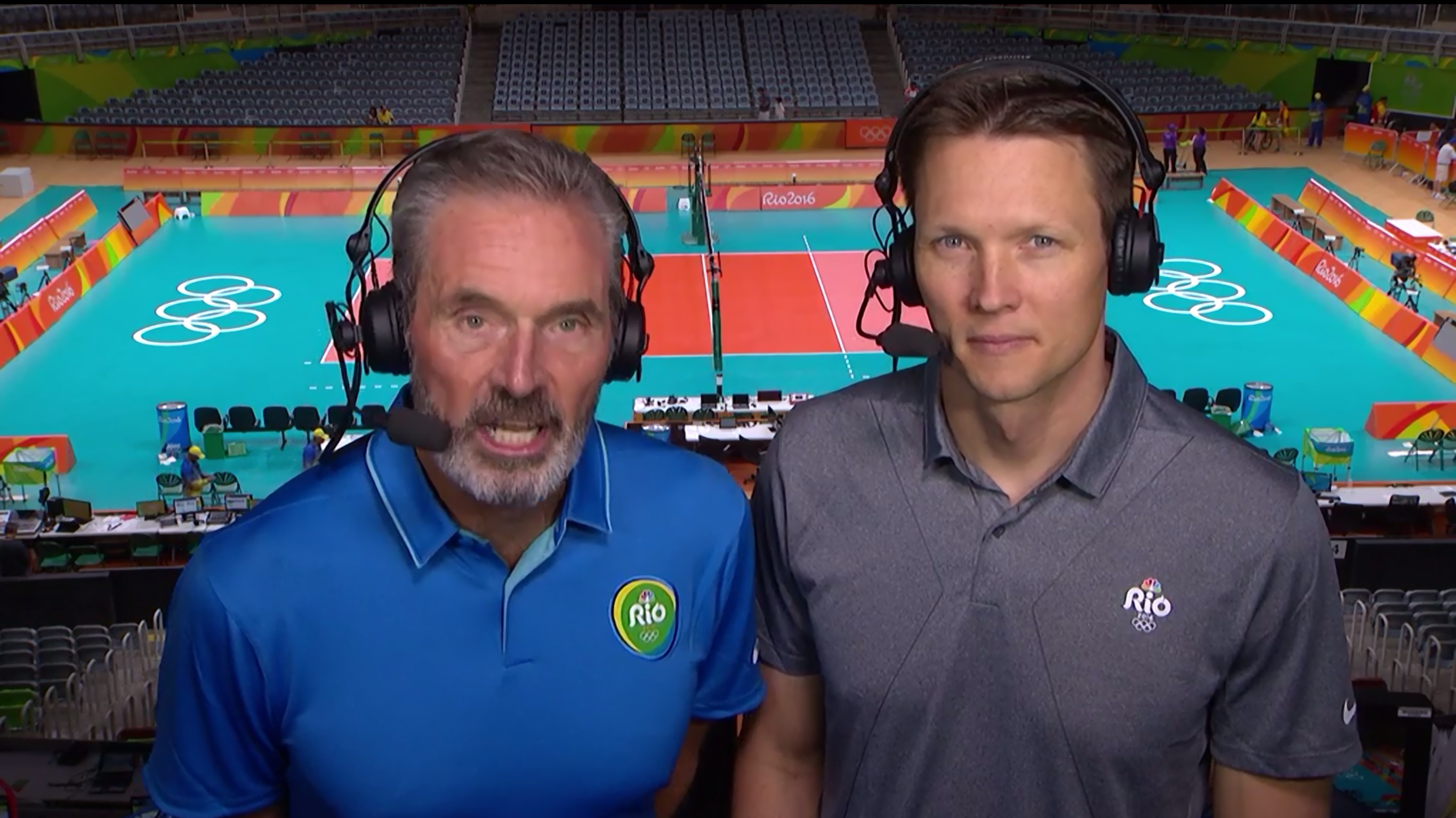 Last week, we provided our thoughts on the first week of NBC’s Olympic coverage. With the Games wrapping up, let’s go with the good, bad and ugly of the second week of the Rio Olympics on the networks of NBC. There are plenty of good, some bad and one particular ugly feature of the coverage. Let’s get to it.

As our Matt Yoder wrote last week, track & field analyst Ato Boldon might be the best analyst at the Olympics. Since arriving at NBC in 2007 and being the analyst at the 2008, 2012 and 2016 Olympics, Boldon has been fantastic in explaining the nuances of sprinting and noting how athletes win races without talking down to the audience. A four-time Olympian having won one silver medal and three bronzes for Trinidad and Tobago, Boldon knows what it’s like to be in the blocks just before a big race and can spot something out of place that can lead to a disqualification. His chemistry with play-by-play partner Tom Hammond has led to them being one of the best announcing teams at the Olympics.

NBC’s indoor volleyball team had plenty of action at Maracanãzinho calling the USA runs deep into the men’s and women’s tournaments. Sunderland and Barnett were often on top of trends, first guesses and developments throughout the matches they called. Sunderland with a college professorial look with glasses and a beard gave great calls of the matches and forged a very good chemistry with analyst Kevin Barnett. The two were on top of video challenges and explanations of the rules. Heather Cox reporting on the sport she knows very well, often gave background of Team USA similar to the way she did on college football and the NBA on ESPN. Fantastic work  and don’t be surprised to see this announcing team back in Tokyo in 2020.

While we had many familiar names returning to call the events such as Dan Hicks, Rowdy Gaines, Ted Robinson, Cynthia Potter, the aforementioned Tom Hammond and Ato Boldon, Al Trautwig and others, 2016 marked the announcing debuts of Sanya Richards-Ross on sprinting in track & field, Mary Whipple on rowing, basketball sideline reporters Kerith Burke and Ros Gold-Onwude and USA Network host Ahmed Fareed. All shined in their first Olympics for NBC. After failing to qualify at the Olympic trials, Richards-Ross came into the booth sounding like she had been analyzing track & field for years. She worked well off Ato Boldon and also gave excellent insights into the disciplines she knows best, the 400 and 4×400 meter relay. Two-time gold medalist Mary Whipple provided good analysis on rowing. Basketball sideline reporters Kerith Burke working the women’s tournament and Ros Gold-Onwude on the men’s did not fall into traps asking cliched questions. And Fareed coming over from Comcast SportsNet Bay Area hosted USA Network’s coverage from NBC’s Stamford, CT headquarters. He went from sport-to-sport rather smoothly. 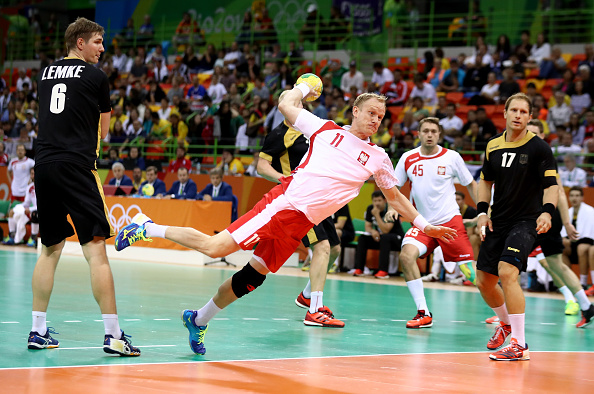 With a fast pace and plenty of scoring, handball was featured quite heavily on USA and MSNBC. This was a fun sport to watch and the commentary from Chris Carrino and Dawn Allinger Lewis gave viewers up-to-date information and made the games an enjoyable experience. While we probably won’t pay attention to handball again for four years after tonight, I know I’m going to be in withdrawal for this European-dominated sport for a while.

TOO MANY NETWORK PROMOS

If you’ve watched NBC’s coverage, you’ll know that Peacock aired a lot of promos and it’s understandable. Even with ratings down, the Olympics attract a bigger audience than most of NBC’s primetime schedule, so the Games are big promotional platforms. According to one count, NBC crammed more than 3,000 promos in the first week and a half of the Olympics. And if you watched every night, you got sick of seeing announcements for the Olympic-themed episode of Superstore, the Closing Ceremony edition of The Voice, series premieres of Timeless, This Is Us and The Good Place, Thursday Night Football and NASCAR. Luckily with the end of the Olympics, you won’t be seeing those promos unless you decide to go to YouTube or are a masochist and continue watching NBC. 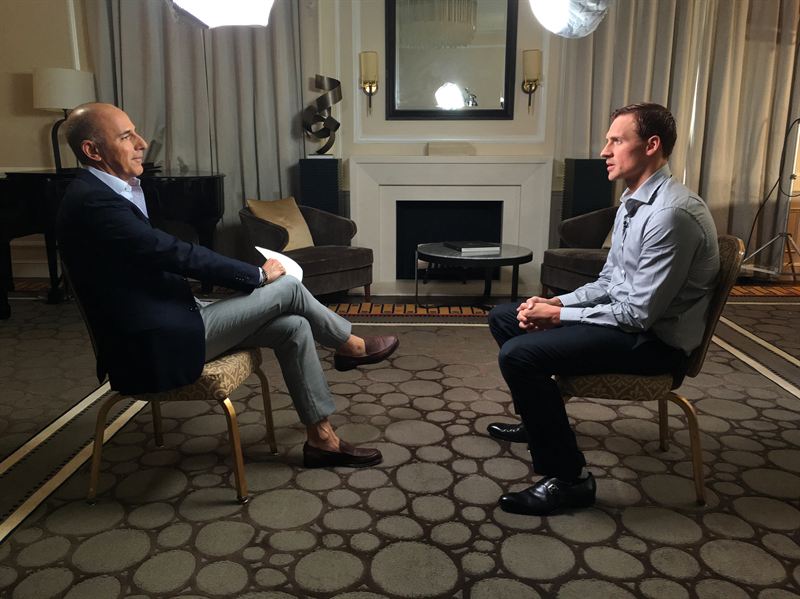 Lochte overload came late last week when NBC News reporter Gadi Schwartz re-enacted the gas station security video which showed his account of being robbed was very shoddy. As Lochte’s story fell apart in front of the world’s eyes, NBC covered the story heavily on both the Today Show and during its primetime show. However, the sign that we’ve reached the apocalypse was when Lochte agreed to an interview with Today’s Matt Lauer and just like many of his previous interviews over the years, he did not come off well. And many wondered why Lochte agreed to do it:

Can someone please make a compilation of @RyanLochte's fake sniffles during his @MLauer interview? #sniffsniff

And who thought it would be a good idea for Ryan Lochte to interview????OH BOY!

The Lauer/Lochte interview aired for 14 minutes on Saturday and according to Bob Costas, there’s more footage that will air Monday on Today. Hasn’t America suffered enough?

We broached this last week, but with ratings down by as much as 17% from 2012, maybe it’s time to starting airing events live on the West Coast as well. NBC did throw the West Coast a bone this weekend by airing its daytime coverage live in all time zones. It won’t save the ratings this year, but it’s a start. And while the next three Olympics in Asia may not be conducive to extensive live coverage, providing live events on TV to the West Coast might help the viewership. Yes, NBC will point to the numbers in Salt Lake, Denver and San Diego as being thee of the top ten highest-rated markets for Rio 2016, but it’s time for viewers in the western half of the U.S. to be treated like the eastern half.

For the ugly portion of this column, I yield this space to my esteemed Awful Announcing colleague Andrew Bucholtz: 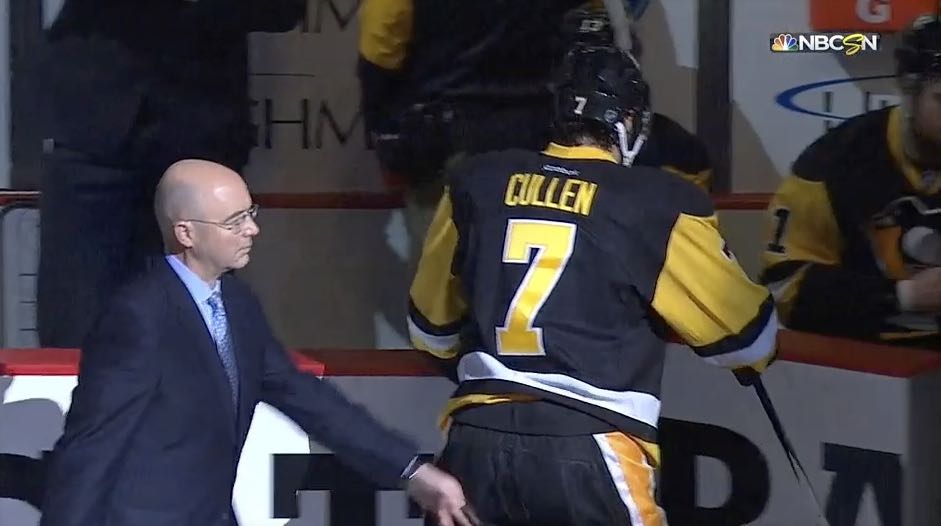 Using Pierre McGuire on the water polo broadcasts again after many poor reviews in 2012 seemed like an odd choice from the start, considering that so much of his experience is in the vastly dissimilar sport of ice hockey. Rather than downplay that and show his focus on learning water polo, McGuire exacerbated the issue by shoehorning in awkward hockey references at every possible turn on both men’s and women’s water polo coverage. He constantly threw in comparisons to NHL players such as Jonathan Toews, regularly spouted off about (frequently non-existent) similarities between the sports, and even used the women’s gold-medal match as a chance to compare their “professionalism” to hockey players and mention the two Stanley Cups he won as an assistant coach in Pittsburgh over 20 years ago. McGuire was seemingly there for poolside reporting (he’s listed as a “reporter” on NBC’s coverage announcement), and he might have been fine if he’d stuck to that role and thrown in occasional insights based on what he was hearing or seeing from the coaches and teams. Instead, he tried to play a more traditional second analyst role and offer color commentary alongside experienced analysts and famed players Julie Swail (women’s) and Wolf Wigo (men’s), whose insights made his pale in comparison. McGuire even regularly reverted to his annoying hockey coverage habit of frequently detailing where many players played in college or other leagues. The rest of the water polo broadcasts were fine, with Paul Burmeister doing solid play-by-play and Swail and Wigo offering insightful analysis, but McGuire’s work meant the hockey tradition of yelling “Shut up, Pierre!” at the TV was well-represented in these Olympics.

Thanks to Andrew for providing the insights on McGuire. And that concludes this edition of the Good, Bad and Ugly of the 2016 Rio Olympics.