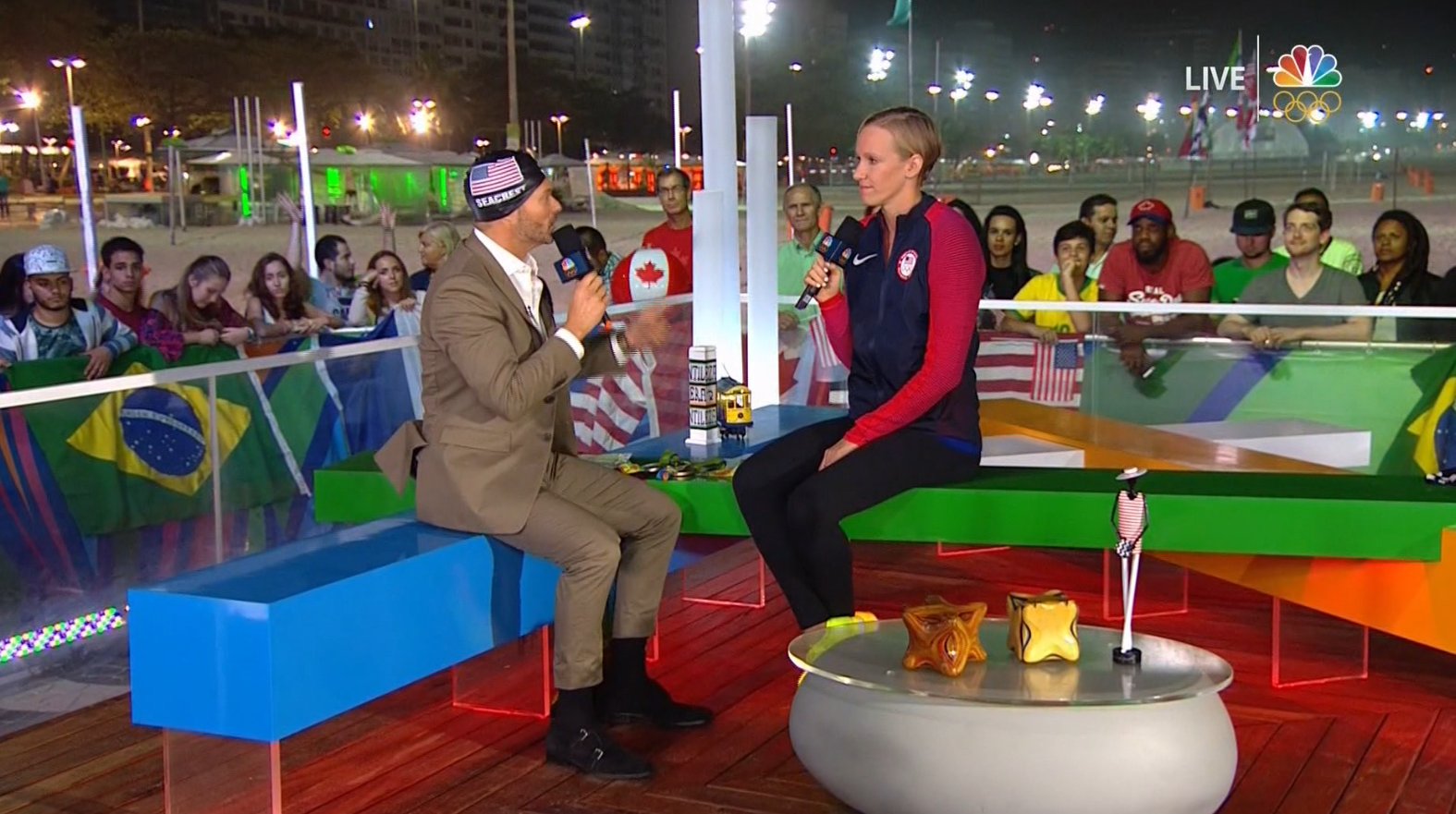 As we go into the second week of the Rio Olympics, let’s look at what NBC has done in the first week of its massive 5,500 hours of coverage. While the tonnage has been massive and there have been opportunities to watch every Olympic sport online, there have been good things, some bad things and a few ugly things about the coverage. Let’s explore.

NBC has provided plenty of good things in the first week of its coverage. Here are some of the standouts:

From the Olympic Broadcasting Services feeds to NBCUniversal’s linear broadcasts to online only shows, NBC has really brought out the tonnage. Whether you watch through NBCOlympics.com or the NBC Sports app for mobiles, tablets or connected TV’s, you can find a live feed. There were some glitches when West Coast viewers couldn’t access live feeds that were being aired live on NBC in the Eastern half of the country, but they weren’t widespread and after the first weekend, complaints dropped off. For the most part, the live feeds have been appreciated especially when certain sports (gymnastics, diving) are held for primetime packaging by NBC.

NBC has gathered a very strong cast of hosts for the 2016 Olympics. Bob Costas is Bob Costas. He’s the gold standard. But other hosts such as Rebecca Lowe, Dan Patrick, Carolyn Manno and Liam McHugh have all performed admirably during the first week. Juggling between sports is not easy and the hosts have made it look that way. Mike Tirico has been very good in his first Olympic assignment. Having Al Michaels visit different venues like swimming and track & field is an excellent use of his talent and his ad libbing skills. This group is one of the strongest NBC has had since it began its Olympic experience in 1988.

6th Olympics w @rowdygaines No finer analyst in any sport. What a privilege my friend! https://t.co/UrO8lIVioq pic.twitter.com/Y66hc2rPDm

Sad to see it come to an end but so thankful for my partners @DanHicksNBC and our entire @NBCOlympics team… pic.twitter.com/wf4XY5K6qJ

This was their sixth Olympics together and probably their best. Hicks and Gaines were on top of practically every storyline in the pool from Michael Phelps to Kate Ledecky to Lilly King’s fingerwag to Simone Manuel’s history-making gold medal in the 100 meter freestyle. Does Rowdy’s voice go up multiple octaves? Sure, but that’s when you know something big is happening in a race. He’s on top of whether a turn can make or break a medal, a stroke that could hamper a swimmer’s chances or how a swimmer’s breathing is correct. That’s what you want from an analyst. And many of his first guesses were correct.

Perhaps NBC will approach Michael Phelps to be part of its coverage in Tokyo in 2020, but not to supplant Gaines who has become America’s swimming expert, but to compliment. We shall see, but one has to think Hicks and Gaines will be back for their seventh Olympics in 2020. 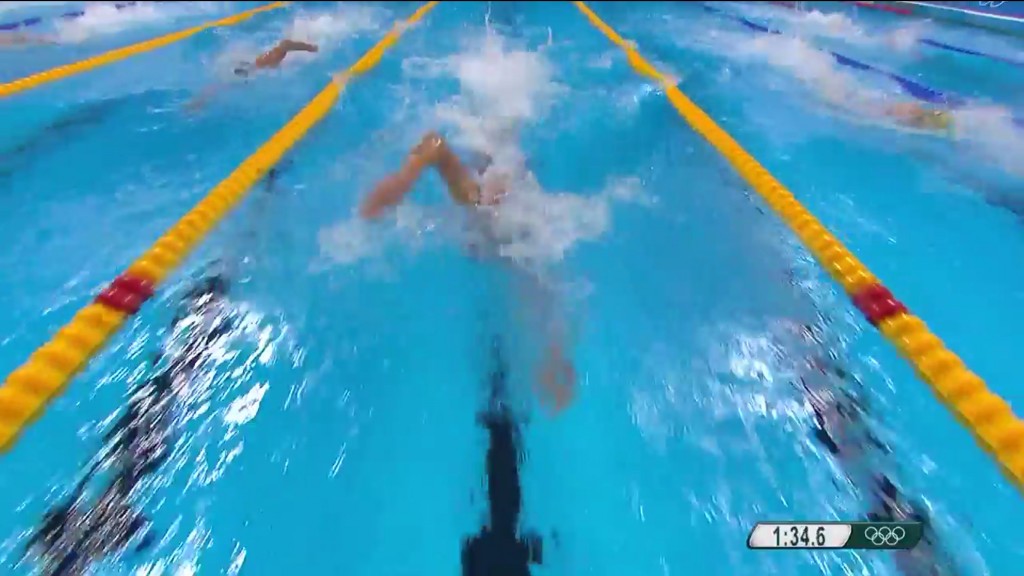 For those who didn’t want to wait for NBC’s delayed gymnastics coverage (more on that later), the online gymnastics feed with Jim Watson, Jonathan Horton and Courtney Kupets Carter was fantastic. There were some audio glitches at first, but once they were fixed, Watson, Horton and Kupets Carter were a joy to listen to. In some cases, they were better than NBC’s broadcast crew of Al Trautwig, Tim Daggett and Nastia Liukin (more on her later). Horton was excellent during the men’s all-around explaining each element and how points were deducted. Kupets Carter gave great explanations of moves and strategy during the women’s team final and the women’s all-around. Watson also gave some gymnastics knowledge himself. And Horton and Kupets Carter moved to NBC’s online Daily Dismount program hosted by Tanith Belbin-White to bring some more gymnastics expertise. NBC would be wise use this trio on gymnastics broadcasts more often.

NBC’s golf-centric network has had a great two months with its first Open Championship in July and now its first Olympics. You would never think this is Terry Gannon’s first time working with Johnny Miller, but they showed some great chemistry in the 18th tower throughout the week. The production by Golf Channel whether it was golf tracer use, animated fly-by’s of each hole, and the pictures from the Olympic Golf Course in Rio have been fantastic. David Feherty has been a great addition to the crew adding some humor and even some perspective of the course. Golf Channel’s labor of love on Olympic golf has come through during the men’s tournament and will be shown again when the women’s tournament takes place later this week.

The online-only Red Zone Channel-like show hosted by Andrew Sicilano has been a great way to watch the Olympics. The program goes from sport-to-sport-to-sport and gives you a taste of the Olympic Broadcasting Services feeds. Perhaps NBC could devote one of its many TV networks to Gold Zone either in 2018 or 2020. It’s been a fun watch.

The perfect alternative to NBCs late night Olympic trainwreck (more on that later) has been Telemundo’s late night recap show. Airing at midnight ET and running for two hours, this airs events that you may have missed during the day. The focus is on athletes either from Puerto Rico, Mexico or South America, but the show also provides an opportunity to listen to the Spanish-language calls of swimming, track & field, boxing and other sports. Hosts Karim Mendiburu and Ana Jurka hopscotch from sport-to-sport and highlight-to-highlight all the while bringing some humor. They also give shoutouts to viewers and even break out of Spanish once in a while to speak a little English.

You may not understand the language, but the enthusiasm and the fun the program brings viewers transcends any barrier. Give this a try. If you don’t get Telemundo, NBC has made the show available online on NBCOlympics.com or the NBC Sports app and it’s been very enjoyable.

We can talk about NBC’s tape delays until we’re blue in the face. They’ve happened since 1992 when NBC aired Barcelona and will happen again in 2018, 2020 and 2022 with the next three Olympiads in South Korea, China and Japan respectively. The delays are an antiquated model, but NBC does it to hook viewers. And the Peacock will point out that three of the top ten highest-rated local markets are in the West (Salt Lake, Denver and San Diego). Still, the delays are maddening and when NBC has delayed gymnastics to the last hour of its primetime show (11 p.m. ET/PT and 10 p.m. CT/MT), one has to wonder how many children who want to follow in Simone Biles and Aly Raisman’s footsteps can watch at that late hour. Because some of the live events such as beach volleyball or swimming run long, they pushed the taped gymnastics past NBC’s prescribed midnight ET/PT sign off time leaving local affiliates screaming into the wind. Runovers do happen, but they’re mostly due to live events. Having runovers for taped delayed events is just insane.

The ratings for NBC’s primetime show are down, but to be honest, no event other than the NFL can garner over 30 million. Viewership is down from London, but perhaps the online viewership is eating into primetime and in the past, NBC did not have its cable networks airing live Olympic sports opposite its show, so perhaps that is another factor. But NBC has to be a bit concerned that its primetime show which has live swimming, beach volleyball and this week track and field, is lagging behind London which was all on tape.

Bringing in 2008 gymnastics all-around champion Nastia Liukin to replace Elfi Schlegel hasn’t worked out at least for this year. Liukin seems to have come from the Hines Ward School of Broadcasting, sometimes saying two or three words, especially during the men’s competition. Granted, Liukin’s experience will get better (we hope), but so far, she really hasn’t added anything to NBC’s broadcasts and she’s left Tim Daggett to speak more to fill the time. With more reps, perhaps Liukin will improve, but the Rio Olympics weren’t her best broadcast.

THE EXILE OF RENNAE STUBBS 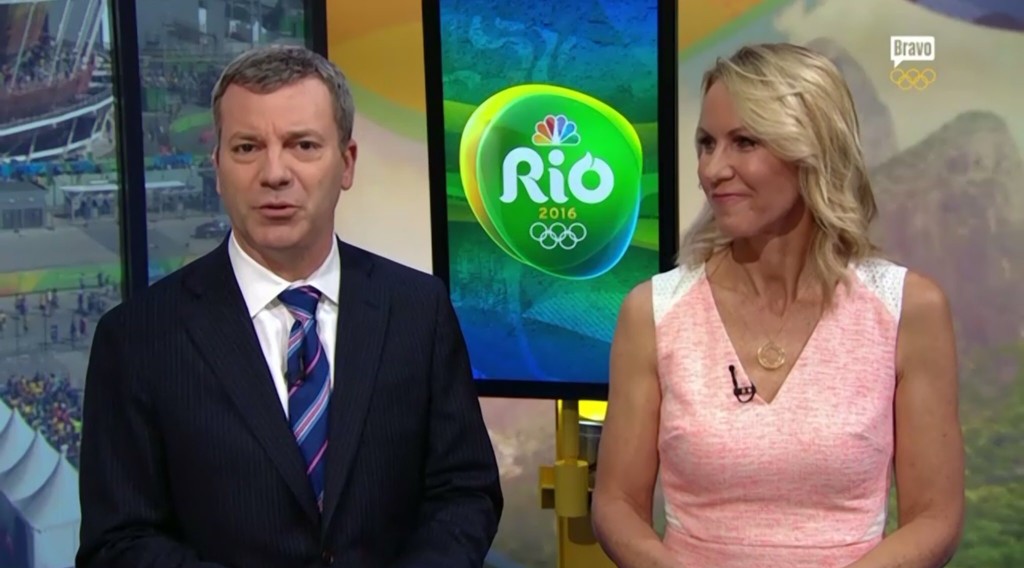 NBC hired Rennae Stubbs to be the analyst for women’s tennis on Bravo, but Paul Annacone or James Blake called most of the matches with Stubbs assigned to one women’s match a day (a Williams sister match early on and after they were eliminated, one match late in the day) and if she was lucky, a doubles match. If you hire someone to be your women’s tennis analyst, wouldn’t you have her call more than just one match a day? So strange. NBC has made some rather funny  decisions. Also, while most of the tennis announcing crew were based in Stamford, there were occasions where Mary Carillo called matches live from Rio with an analyst in Connecticut. Perhaps in Tokyo, NBC will allow for a few of the analysts to be live in Japan.

Seacrest has his fans from his American Idol days or from his Los Angeles radio show or from his reality TV shows that he produces, but having him at the Olympics would be like having Leonard DiCaprio star in a porn movie. Like 2012 when Pat O’Brien was amazingly unprepared to host Olympic tennis, Seacrest is stunningly miscast as an Olympic host. His interviews during NBC’s late night Olympic show have come off as self-serving, the segments with supermodels Adriana Lima and Alessanda Ambrosio really serve no purpose and the show from Copacabana Beach really looks more like a midnight Today show rather than an Olympic program.

Mary Carillo hosted a very funny and irreverent late night Olympics show in the past, but now, the late night program has become a trainwreck. Luckily, we have Telemundo’s late night show as an alternative.

So there are some of the Good, Bad and Ugly of the Olympics on NBC.