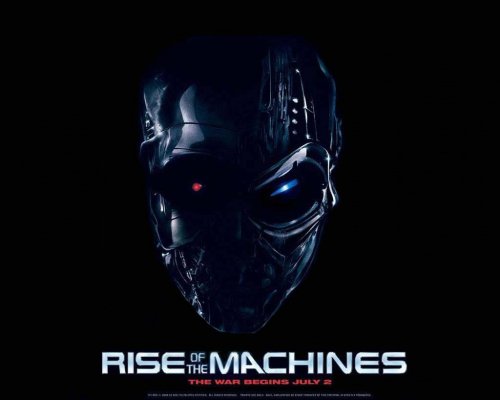 The expansion of The Associated Press’ automated game story program from some NCAA games last year to coverage of all minor-league baseball teams this year has sparked some concerns from journalists, and rightfully so. While this particular program isn’t taking away any jobs, if these automated stories are successful, that could lead to them being used at other levels to do work currently done by humans and see jobs lost as a result. However, there’s a potential upside to this as well.

Joe Lemire has a nice piece on automated game stories at Vocativ, which looks at both the negative ways automation’s already affecting some (for example, it’s reduced the need for AP stringers) and possible benefits from it. One notable argument in favor of automation in Lemire’s piece comes from Vice Sports editor-in-chief Jorge Arangure Jr.:

[Arangure Jr.] stirred the pot further on robot journalism by encouraging publications to automate all game recaps, removing that tedious responsibility to allow a broader scope of reportage.

“Nothing that happens in one game is statistically important. It’s the accumulation of games/stats. And yet journalism treats one game as if it were indicative of something because writers have to latch onto narratives.”

In other words, he’s advocating for more skill and intelligence in stories rather than basic regurgitation of widely available facts (i.e. the type that robots can compile in readable form).

“Also, ditching the game story would help improve the player-writer relationships,” Arangure wrote. “Now there wouldn’t need for some made up ‘accountability’ rule if a closer didn’t talk after blowing a save. You talk to him the next day and actually get some insight into what happens. And you end up with a better story.”

There are also useful comments along those lines from journalism professor Mike Mirer, who used to make money as an AP stringer for college games during his days at The Davis Enterprise:

Mirer, who is now a visiting professor of journalism at the University of Wisconsin, wrote his Ph.D. dissertation on in-house coverage of sports from team- and league- owned entities. There’s a similarity between those sanctioned stories and automated reports that rely on structured data sets (in this case provided by MLB Advanced Media).

There’s a valid point there. There are always pressures on journalists to evolve within certain constraints, and that can be for the better. Much of early sports blogging came from people who didn’t have traditional press box access and found ways to produce interesting and informative content without it, and some of their techniques have now been adapted by mainstream journalists. Dry game stories existed for a long while as the primary source of information on a game, but there are plenty of options out there now, and the reporters and bloggers who find more interesting ways to present information and more analytical takes tend to have their stories more widely read than just a scoring summary.

If automation takes over sports coverage and people get fired as a result, that’s obviously problematic, but that isn’t necessarily what’s going to happen here. It isn’t even what happened with the AP, as they hadn’t regularly covered minor-league baseball since 2006. The automated stories are new content for them, and have actually expanded their staff by an automation editor who does quality control. AP deputy director of sports products Barry Bedlan told Lemire they’ve also used automation to write up earnings reports on the financial side, which has freed those reporters up to produce more interesting content. That might happen in sports too; if machines can provide reports on the “who, what, where and when,” reporters can focus on the more interesting question, the “Why?”

In the end, readers will have a significant role to play in determining how far automation goes, if human reporters are still valuable, and what they should be working on. If robot recaps are tried in larger sports and turn out to be similarly popular and similarly informative to human-written game stories at a lesser cost, it’s going to be hard justifying having humans write those stories. However, if that frees the humans up to pursue different angles, and if the stories that arise from those are popular, this isn’t necessarily a recipe for massive job losses. Sportswriters can’t just assume that they’ll always be able to write the way they have; this industry changes rapidly, and automation certainly could have an effect on it. Mirer’s question of “What are you going to be able to provide that’s better than the robot?” is the key one, though; automation may be a threat, but it’s also one that can cause us to reevaluate how sports are currently covered and if they can be covered better. There are lots of things that sportswriters can do much better than a robot, even if the robots may be coming for the traditional recaps.

The feature-length documentary on the basketball legend will be directed by Gotham Chopra (Religion of Sports).

The feature-length documentary on the basketball legend will be directed by Gotham Chopra (Religion of Sports).