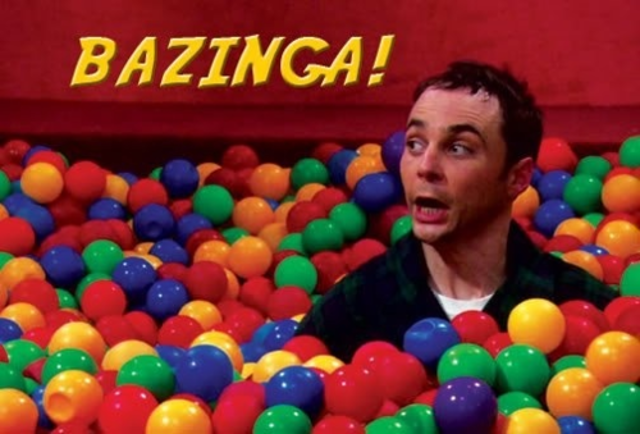 The nerds appear to have beaten the jocks. Last January, NBC sent out a release trumpeting that Sunday Night Football had been Nielsen’s top-rated live+sameday primetime show for five consecutive years, but now, SNF has apparently been overtaken by CBS’ The Big Bang Theory. (However, NBC disputes this, and they have their own claim to winning; see Update #2 below.) A CBS release Friday provides the following top five shows from Nielsen Most Current (Sept. 19 through Dec. 25, thousands of viewers):

(Update: Douglas Pucci notes that this data factors in live+3 and live+7 viewings (from later in the week), so given how close it is and how sports are typically watched more live than scripted TV, SNF is probably ahead in live+sameday still. That’s important for advertisers, so it may still pull in more per spot. However, it’s worth mentioning that SNF won the overall crown last year even with live+7 factored in, and TBBT passed it there for this period.)

(Update #2: NBC notes that this data includes only 14 of their 19 SNF telecasts (it doesn’t include three from before the general fall TV season started, plus the Dec. 25 game and the Jan. 1. game). They say they’ve averaged 20.3 million viewers if you count all of their broadcasts, winning both live+sameday and live+7. This all comes down to how you slice the data; TBBT is lower than SNF if you only look at live plus same-day, and SNF gets a boost if you include the first three games and the most recent two (during periods where TBBT was not airing new episodes), but CBS isn’t wrong that TBBT beat SNF when you consider live+7 for Sept 19-Dec.25, and that that is a change compared to last year.)

Steven Perlberg of The Wall Street Journal actually wrote about this earlier this month, but that was when the data was only through Nov. 6, providing NBC an opportunity to dispute it:

A pair of CBS programs were the top-viewed shows of 2016, dethroning NBC’s “Sunday Night Football” as the most-watched regularly-scheduled primetime program on television, according to a new report from Nielsen.

“The Big Bang Theory” averaged 19.94 million viewers this year, followed by 19.89 million for “NCIS” and 19.28 million for “Sunday Night Football,” which last year topped the list with an average of 23.29 million people tuning in. The report measured live viewing plus seven days of delayed viewing.

NBC said that “Sunday Night Football” is averaging 20.08 million viewers this year when factoring in live and same day viewing for games through Dec. 12, while the Nielsen report only covered contests through Nov. 6.

Now, with data through Dec. 25, it looks like The Big Bang Theory has actually surpassed Sunday Night Football for the year. Of course, the difference is minuscule (36,000 viewers), but this does give CBS some bragging rights. Moreover, it shows how even SNF, one of the NFL’s biggest stages, has dropped off. An average of 3.35 million less viewers this year is a big deal, and while there was some recovery for SNF and other NFL properties after November’s presidential election, the year-over-year drop is still notable. It’s also interesting that only four of the top 10 shows are NFL-related; in addition to SNF and NBC/NFL Network Thursday Night Football, #6 is NBC’s Sunday night NFL pre-game show and #8 is CBS/NFL Network Thursday Night Football. Live sports rights still rule the roost, but it’s significant that CBS in particular (they have six of the top 10 properties, only two of which are sports) has so many shows that are pulling NFL-esque numbers. These NFL numbers are still huge overall, and still very valuable for networks, but they’re not as big as they once were and not dominating the TV landscape the way they used to. For now, they’re looking up at Sheldon Cooper and company.