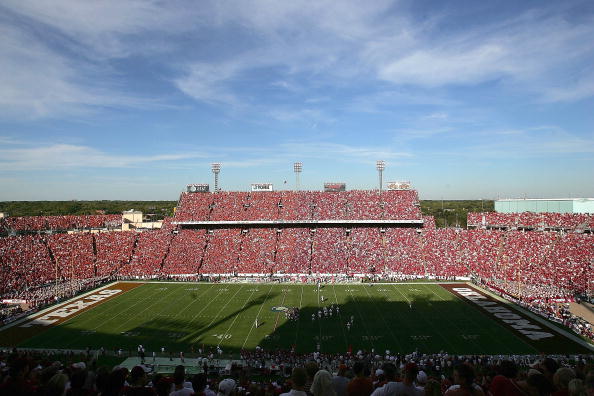 The annual pull-it-out contest among college sports conferences got its official start yesterday with the release of the Big 12’s tax return for the 2014-15 financial year. Meme machines got fired up across the Southeast as the most juvenile of fans got a chance to wallow in the news that the SEC, the only other league so far to release its filing, had paid out $9.4 million more per school than the Big 12 in 2015.

And now the standard disclaimer: What the numbers don’t show is that  the Big 12 allows its members to retain their third-tier media rights; hence, the Longhorn Network, SoonerVision and the like. Like the Big Ten, ACC and Pac-12, the SEC schools pool their third-tier rights, which enabled the creation of the lucrative SEC Network. Therefore, we’re not really talking about an apples-to-apples comparison.

However, even in the muddled accounting methods used by conferences to report their financial windfalls, we can see that a gap exists between the average Big 12 programs and their counterparts in the SEC. When the final numbers are released, the Big Ten will undoubtedly enjoy a similar revenue advantage over the Big 12.

I say “average Big 12 programs” because we know that Texas’ reported annual paycheck of $15 million from ESPN for the LHN means Bevo won’t be missing any meals. Likewise, even though the details on Oklahoma’s third-tier deal with FOX are fuzzy, the Sooners seem to be doing fine. The Red River rivals both ranked in the top five nationally in athletic revenue for the 2014-15 reporting period, according to CBSSports.com’s Jon Solomon.

Of course, it’s the fault line between the Big 12’s haves and have-nots that seems to cause the tremors in America’s most volatile conference. OU raked in nearly $30 million more in the 2014-15 cycle than next closest Big 12 program, Baylor at $106.1 million. Whereas 10 of the 14 programs in the SEC and eight of 14 in the Big Ten brought in more than $100 million last year, four of 10 in the Big 12 crossed that threshold.

So, what can the Big 12 do to raise the financial tide for schools such as Kansas State and Iowa State? Not much, if we’re being candid. As a whole, the conference lacks the geography and the eyeballs to fully capitalize on the media rights bonanza helping to fatten wallets in the Big Ten and SEC. (Furthermore, it should be noted that despite the headlines, TV money accounts for a fairly small portion of the total revenue generated by the richest programs.)

That being said, the Big 12’s would-be reformers, led by OU president David Boren, probably do have a point when they argue it would behoove the conference overall from a financial standpoint to expand and create a network. Yes, that would mean killing off the LHN, which would be a tricky proposition. It would also likely mean that the league’s two lead dogs might take a little less money from their TV deals.

On the other hand, if the alternative is watching other programs outside the Big 12 build the kinds of war chests that would leave an Oklahoma State or TCU in the dust, it might be the only option to ensure that the conference remains viable going forward.