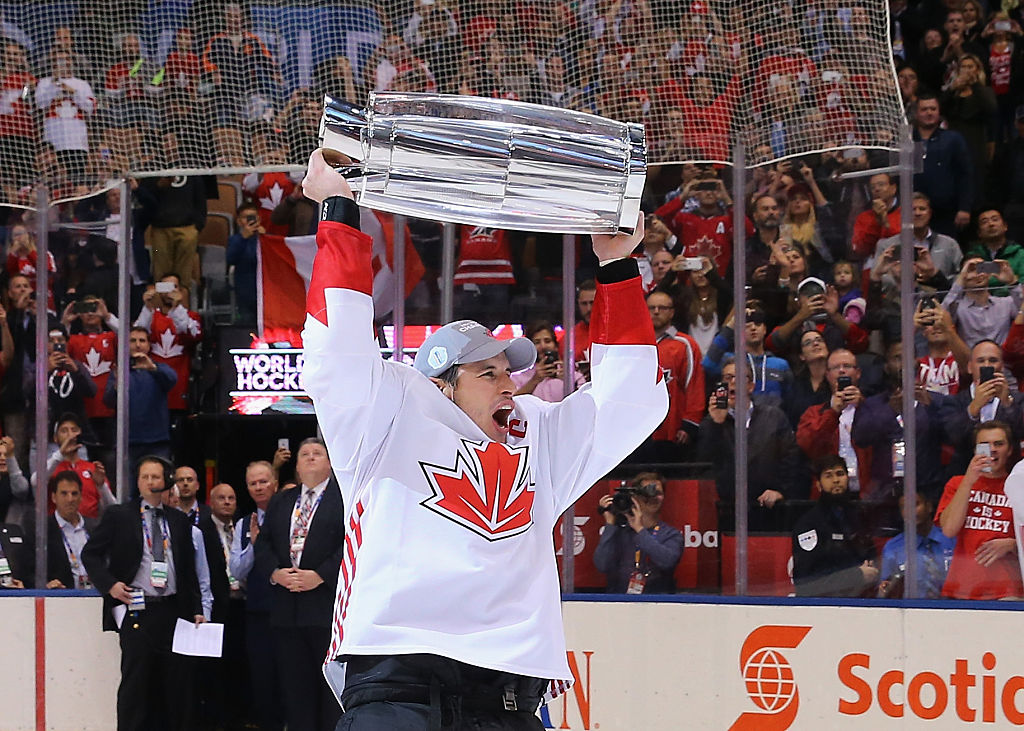 The fourth edition of the stop-and-start World Cup of Hockey has come and gone. There was an endless list of questions in the buildup to the event, many centered around how ESPN would cover the tournament and how the two continental teams, Team North America and Team Europe, would fair.

Overall it was an incredibly well-executed, and entertaining, event from start to finish, especially when it came to the actual game broadcasts. Now here’s the (mostly) best, and worst, of the 2016 World Cup of Hockey

Before ESPN lost NHL rights to NBC two of their top front-facing hockey broadcasters were Steve Levy and Linda Cohn. Levy was one of ESPN’s top play-by-play men during its last run with the NHL, and Linda Cohn, a veteran of more than 5,000 SportsCenters, makes no bones about her love of hockey, and her hometown New York Rangers, online.

Having both of them involved in the tournament felt right. Levy was paired with Barry Melrose on ESPN’s top broadcasting pair, and Cohn was one of of the anchors in studio during intermissions and pregame. Hockey is a game of passion, and having two of of Bristol’s most passionate hockey fans on the broadcast was definitely the right call.

This was Kevin Weekes’ broadcasting coming out party. Weekes was fantastic both up in the booth with John Buccigross or between the glass as third man for Levy/Melrose. Young at only 41, Weekes was precise, smart, and funny all tournament long. He’s done color work with NHL Network and Hockey Night in Canada, but this was his biggest exposure to American viewers and he crushed it.

Barry Melrose has been ESPN’s resident hockey guy during the last decade-plus. An analyst during ESPN’s tenure as a rights holder gave way to him usually being the lone voice in studio when ESPN chose to spend time covering hockey on SportsCenter. His pedigree as a coach, and his small-town Saskatchewan charm, are a plus in studio, but as a game analyst in 2016, it falls flat.

Melrose spent plenty of time trafficking in word-salad, coach-speak platitudes that didn’t bring any substance to the game. Add in the fact that the two other analysts in the tournament, Weekes and Darren Pang, were both far superior to Melrose at analyzing the action.

A specific moment that sticks out was Marian Gaborik’s first goal for Team Europe in their semifinal vs Sweden. Melrose goes on about how it was a “goal scorer’s goal” and “that’s what you expect from a 50-goal scorer.” And he was immediately followed by Weekes who went in on Gaborik’s body positioning, stick work, and foot placement. It was night and day between the two. I understand why Melrose got the spot, but Weekes and Pang are far more worthy for the position the next time the World Cup comes around in 2020.

From one of the great families of hockey, Leah Hextall was a fine choice as the rinkside reporter for ESPN. Her intermission interviews were to the point, key when you have as little time as you do during those interviews, and having a fourth person as part of the broadcast gave the games she worked an added dynamic. Kudos to ESPN production for letting her get in words analyzing the game as it happened rather than just confining her to the off-ice interviews. More networks should give their sideline reporters more opportunities to talk.

Speaking of passion, there may be no one on American sports television more passionate about hockey than John Buccigross. His overtime challenge has become a Twitter institution, as far as institutions on Twitter go, during the NHL playoffs. Sometimes he lays on his schtick way too thick, and it becomes irritating, but at his best he’s one of the best American hockey voices, and he was at his best during the World Cup.

Paired with Weekes on the second broadcast team, as well as tasked with some studio work later in the tournament, Buccigross shined. He let the game tell the story and let his enthusiasm shine bright. No moment showcased Buccigross better than the 3-on-3 overtime between North America and Sweden in the final group round of the tournament. It was fast, exciting, and tailor made for Buccigross’ love of the game.

WORST: No semi for Bucci

Buccigross was great during the tournament, which makes it a shame that he didn’t get to call either of the two semifinal games. Buccigross worked the studio for the semifinals and finals series, but it would have been nice if he was kept in the booth for at least one more game.

ESPN rolled out some funky new visuals for the tournament that will hopefully translate over to other sports. The graphics, during replays, that showed the distance between players and speed while skating were an interesting addition, and the real-time shift timer was something that NBC should look into utilizing this season.

The best though had to be the digital rink boards. Only seen from the main, hard-positioned camera at center ice, digital ads, sometimes with movement, were displayed on the side boards. Without green screen, the ads were seen up and down the far side of the ice all game, every game of the tournament. As cable networks look to monetize more and more elements of the show it’ll be interesting to see how these types of ads translate over to other sports.

ESPN devoted a two-set studio to the tournament, gave all the primetime games a 30-minute pregame show, showed postgame press conferences, and devoted time on SportsCenter to kick coverage back to the World Cup studio for a wrap up. That was an impressive amount of resources spent for an event that covered only two weeks

Over the last few years so many of America’s best sports theme songs have gone by the wayside so seeing ESPN pull the old National Hockey Night theme off layaway was a pleasant surprise. Still beloved by hockey fans across America, hearing the old NHN theme brought back a ton of memories and certainly gained some goodwill from hockey fans.

TBA: The future of the tournament

The World Cup was fun, but also gimmicky. Team North America, a team of American and Canadian all-stars under the age of 23, and Team Europe, a mishmash of players from eight nations that didn’t field full teams, made the tournament exciting but also raised questions. What happens if a future “world champ” is a continent? Will the countries on Team Europe change in the future? Will stars like Connor McDavid, Jack Eichel, and Auston Matthews be forced onto Team North America in 2020 or play for their respective nations?

And speaking of the future, what exactly is the future of this tournament? In the postgame breakdown after the final game Steve Levy said that the World Cup “in some form” will be back in 2020. A true, consistent World Cup of Hockey could turn into a tentpole event for the sport, but if the NHL is going to keep tinkering around with the event, it will fail. The people in charge of the WCOH need a distinct vision of what they want the tournament to be, or else it’ll be just like the three previous iterations of the  tournament: a fun, if forgettable, bit of autumn hockey.