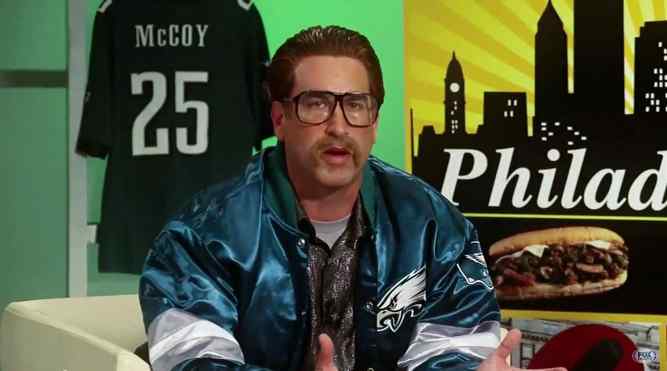 The realms of sports and pop culture comedy late-night shows may be expanding beyond Jay and Dan. Deadline’s Nellie Andreeva reports that TBS has ordered a pilot for a weekly show from Rob Riggle:

The network has given a pilot order to Rob Riggle’s Sportsbook, a weekly late-night program showing the humor in the 24-hour digital cycle of sports, talk, news and entertainment, anchored from the “sports and entertainment capital of the world”: Las Vegas.

Riggle will host and executive produce the show, which aims to combine his love of sports with his comedy and improvisational skills. During the NFL season, he does Riggle’s Picks, an SNL-esque weekly comedy segment that airs on Fox NFL Sunday. (you can watch a music parody from one of his segments below)

Riggle’s sports comedy segments on Fox haven’t always been that well-received, so it will be interesting to see how this goes. Here’s a very noir one:

Why Riggle’s comedy doesn’t appeal to everyone, there may be some logic here. This is part of Turner’s larger younger-focused and unique original content-focused makeover, and one of the key figures there is TBS and TNT president and Turner Entertainment chief creative officer Kevin Reilly, the former Fox Broadcasting Company chairman of entertainment. Reilly has been pushing for more unconventional, younger-leaning shows and more humor,  and Riggle might be a fit on both fronts, especially considering the success Bee and Jones have found at TBS. However, there are big challenges to combining comedy and sports. It’s worth noting that the weekly endeavor that sounds the closest to this, Norm Macdonald’s Sports Show, only lasted a few months on Comedy Central in 2011. It should also be noted that only a pilot has been ordered here, and that many pilots are made without shows ever going to series. We’ll see if anything more comes of this, and if it does, how well Riggle’s brand of sports and comedy sells on TBS.