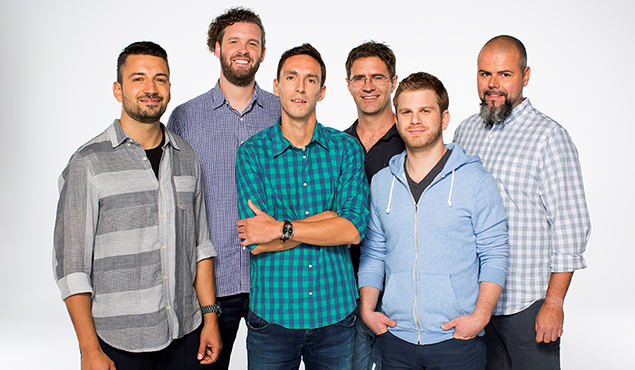 “Sometimes not having an end goal works out pretty well.”

That’s the best way to explain the journey Tas Melas, J.E. Skeets and the group known as The Basketball Jones, turned NBA TV’s The Starters, have had over the last ten years.

It’s been ten years since Tas, Skeets and producer Jason Doyle, known simply on the show as JD, started their podcast, the gold standard of sports podcasts in an ever-increasing landscape full of them. There has been no one better over the years, and the group’s unrivaled joy of basketball shines through in everything they do, and in every iteration the show has morphed into over the years.

That first line, about not having an end goal? It’s from Melas, and it’s something that’s served The Starters well over the last decade.

From recording in Doyle’s house, to a swanky Toronto loft I swear they stole the keys for, to working for The Score in Canada with a daily television show to picking up and moving all of their lives from Canada to Atlanta to work for the NBA, it certainly has worked out well for all of them, and there is no group from our collective humble blog beginnings more deserving of recognition.

The trio has doubled in size over the last ten years, adding Matt Osten—a fellow Canadian—early on, before bringing in Aussie-born Leigh Ellis and native Chicagoan Trey Kerby as show contributors and writers who have grown to be every bit as important and influential to the success of the show as the originals.

“It’s tough to sum up the last ten years in one comment,” Ellis told AA via email, “but it’s been the most incredible and unbelievable journey. Each day you never really know which direction the show is going to take but it’s that unpredictability that makes it so much fun.”

“Almost a decade ago, I couldn’t stop listening to TBJ,” Kerby said, referring to the original name of the show, The Basketball Jones, “thinking to myself, ‘Wow. I would totally be friends with these guys.’

“Now, I’ve moved thousands of miles, twice, because I’m lucky enough to actually work AND be friends with those guys. Something on the internet that lasts and stays vital for 10 years is pretty rare, and I’ll always be thrilled to be a part of it.”

My first #TBJ/#TheStarters appearance. Still proud to get to make things with these guys. https://t.co/97507BvEIF

Kerby joined the Jones after working at Yahoo’s Ball Don’t Lie blog, where Skeets made his name as one of the best basketball bloggers in the business. While the show was never officially part of Yahoo’s sports blog network, the profile Skeets established for both himself and the site—one of a handful of must-read basketball sites on a daily basis back when he ran it—helped the podcast grow beyond its quaint Canadian roots.

Over the years, The Basketball Jones became something of an international phenomenon, with a quick and snappy daily format that had feel of something big even before it was. Imagine sitting in a garage every day watching your friends’ band practice, knowing one day they would hit it big, then being so damn happy for them when they did.

That was The Basketball Jones, now the Starters. They hit it big, and we are all so damn happy for them.

“It’s funny,” Skeets told AA. “As much as I’ve enjoyed celebrating today’s milestone, all I keep thinking about is what the next 10 years of The Starters will look like. I can’t wait to record a show on the moon!”

If there’s anyone who can pull it off, it’s probably these guys. They’ve taken over NBA All-Star weekend with their annual shows at the league’s Fan Fest, they’ve mastered the informal player interview, talking to players about life in the NBA, sure, but also about the zaniness of life.

The reason for their success is simple: they love what they do, and it shows in everything—absolutely everything—they produce.

When they were three guys recording in a house, they loved talking basketball. When they were four guys in a high rise who all had other jobs to go to but still woke up at the crack of Canadian dawn to film a daily show, they did it because they loved the game.

Now, that they’re six guys and whole crew of awesome behind-the-scenes people working with them, not to mention a host of former NBA players, coaches and executives who contribute regularly, they’re successful for the same reason they’ve always been: they love what they do.

It’s hard in this business not to get jaded, especially when you’ve had to work for everything as hard as they have. It’s incredible then, after ten years, to see the passion still there, and to not only witness the passion they have for the sport they cover, but experience how they’ve spread that to other people as well. 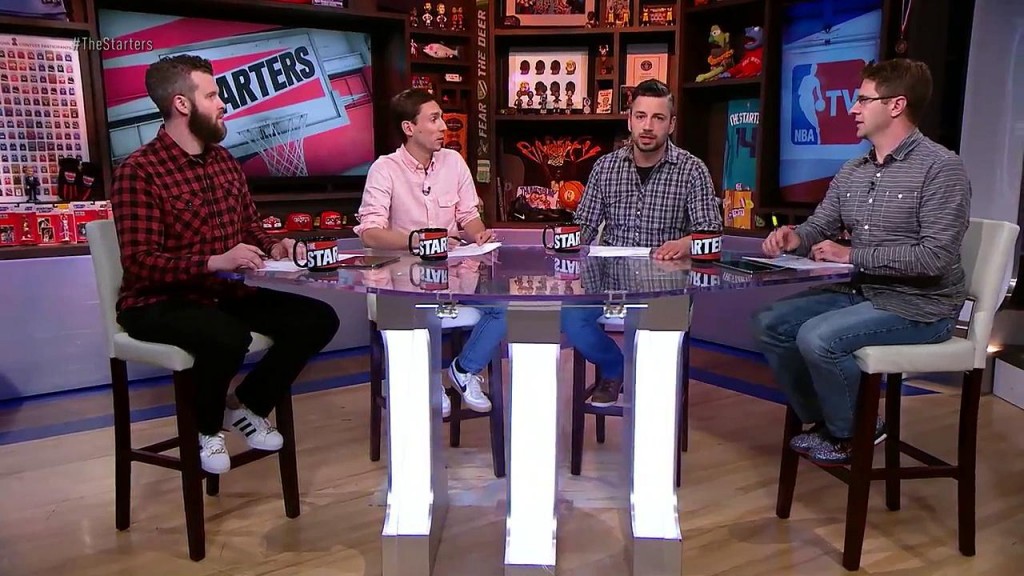 Like a lot of us, there was a pocket of time not long ago when I was disillusioned with the NBA, but I followed the game through Tas and Skeets, keeping up on things almost exclusively through their show. Their passion for the game is effusive, and it was hard to watch them and not start to feel the excitement for the game in the same way they do. And still, while the show has certainly always been a madcap view of the Association, they know their stuff enough to hang with anyone, and to inform and entertain even the hardest of core NBA fans.

Ten years they’ve been doing this. Ten years of good morning, good afternoon and sometimes good evening sweet world. Ten years of ‘whoa boy’ and a sage bit of wisdom to remember, often tripped over in delivery in a way that just makes it land that much better.

Ten years, today, to The Starters, a milestone that should have everyone hoping for another ten more.