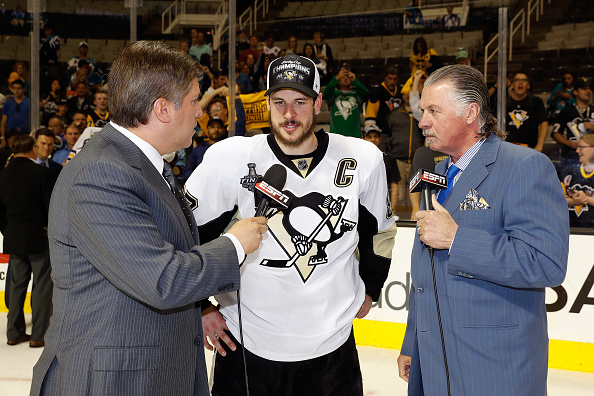 Let’s face it, hockey fans have had issues with ESPN since the Worldwide Leader stopped airing the NHL in 2004. But starting in September through October 1, hockey fans will have the ESPN family of networks as a destination for the World Cup of Hockey in Toronto.

The Worldwide Leader has announced its on-air talent team for the tournament and it’ll utilize names familiar to fans. First, Steve Levy and Barry Melrose will be the lead announce team for the games. ESPN says Levy, who has called the NHL when the network had the rights, and Melrose will call Team USA’s games as well as the semifinals and the Best of Three finals.

John Buccigross and Kevin Weekes will call the other games of the tournament.

Hosting the games for the World Cup of Hockey will be the aforementioned Buccigross, Adnan Virk and John Saunders. Joining them in the studio will be former NHL’ers Brett Hull and Chris Chelios, both of whom have plenty of international hockey experience. So with Buccigross being a studio host, one would expect that he would be in Bristol to call the games off a monitor rather than travel back and forth between Toronto and Connecticut.

ESPN’s in-house hockey maven Linda Cohn will be part of the on-air team as well as she’ll be a feature reporter. And joining the ESPN team will be Leah Hextall, formerly of NESN and Sportsnet. A former studio host for the NHL on Sportsnet, Hextall will be an on-ice reporter at the Air Canada Centre in Toronto.

ESPN will air at least 16 games (17 if the Finals goes three games) from September 17 through October 1.

It’s not quite the NHL, but many NHL players will be involved in the World Cup of Hockey. For 15 days, those longing for the days when fans regularly heard the NHL on ESPN theme, it will be a nostalgic trip back to when hockey was given priority at the network.

But when the NHL season begins anew, things go back to normal where hockey highlights will be scarce anywhere on the Worldwide Leader.