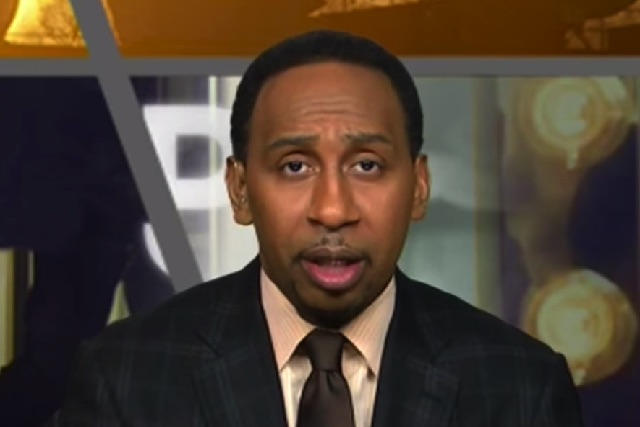 The Dream Team wouldn’t have had a chance against Stephen A. Smith. That’s how ESPN’s First Take squawk box sees it.

As we know all too well, that defense team got Simpson acquitted of murder charges, a verdict which still seems baffling because of the overwhelming evidence compiled against the former football star and TV personality more than 20 years ago. Two decades later, we’re still wondering how Los Angeles County prosecutors Marcia Clark and Christopher Darden didn’t get what appeared to be a sure conviction.

Those questions have spawned a media industry itself this year, seen earlier this year with FX’s The People v. O.J. Simpson miniseries and now ESPN’s 30 for 30 documentary O.J.: Made in America. With 20 years of hindsight and added perspective, plenty of armchair legal experts see how the Simpson trial played out and assert how they would have done things differently. Among those who thinks he would have done a better job is the aforementioned Stephen A. Smith. 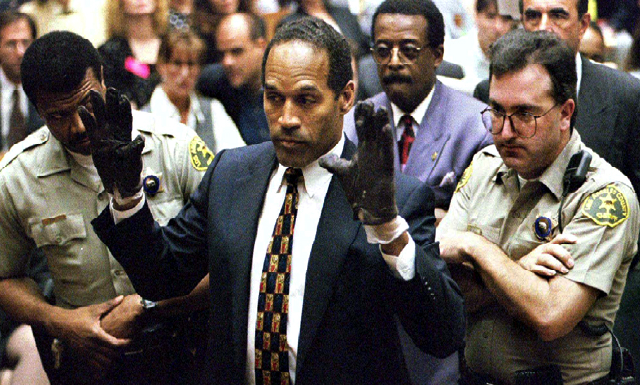 Discussing O.J.: Made in America with Skip Bayless on Monday, Smith first stated his strong belief that Simpson is guilty of murdering Nicole Brown and Ronald Goldman. That’s not exactly a controversial take, however, so Smith took his assertion further, saying he would not have lost the Simpson murder trial had he been on the prosecution team.

“I have profound respect for the late Johnny Cochran, God rest his soul,” said Smith. “It might be the cockiest thing I’ve ever said.

“Christopher Darden and Marcia Clark did an absolutely horrendous job as prosecutors. Because if it were me, there’s no way in hell that Johnny Cochran would have beaten me with that evidence that I, that they, had. I’m telling you right now, I’m not even a lawyer. There is no way that you would have put 12 jurors in front of me with that evidence and I would have lost it, even to Johnny Cochran. I’d have won that trial. I’ve often said that.”

You can listen to Smith’s remarks yourself at the 8:05 mark of this video.

Never mind that The People v. O.J. Simpson and O.J.: Made in America have each gone to great lengths to establish that there was a significant undercurrent of racial tension and distrust between the African American population of Los Angeles and its police department.

As inexplicable as it might seem, the trial wasn’t as simple as the blood, fiber and DNA evidence pointing to Simpson being guilty of murder. Cochran and the defense team put the LAPD on trial by showing a racist detective led the investigation and incompetent investigators handled the evidence. Stephen A. would have seen through all of that.

Perhaps if the prosecution had someone capable of batting down the defense’s racial arguments and credibly refuting them, they would have made a better impression upon the jury. Maybe Smith has a point there. But it’s also terribly oversimplistic and conveniently ignorant to overlook everything else that went into the Simpson murder trial, notably the jury selection.

Would Stephen A. have had the insight and foresight to select completely objective jurors willing to overlook the racial component that the defense was pushing forth? Could he have chosen jurors who would have stayed awake and paid full attention during the weeks in which the prosecution presented all of the DNA evidence against Simpson, the content of which was a foreign language 20 years ago, long before the advent of CSI television shows?

Of course, that doesn’t make for a hot take and sizzling sound bite on television. It’s much easier to say “I would’ve done better” and “I would’ve known better.” At least Stephen A. did the viewing audience the courtesy of clarifying that he’s not a lawyer (9:25 mark of the video above). Just in case anyone was wondering, and thought Smith might change history if he had a time machine and a seat at the prosecution table.