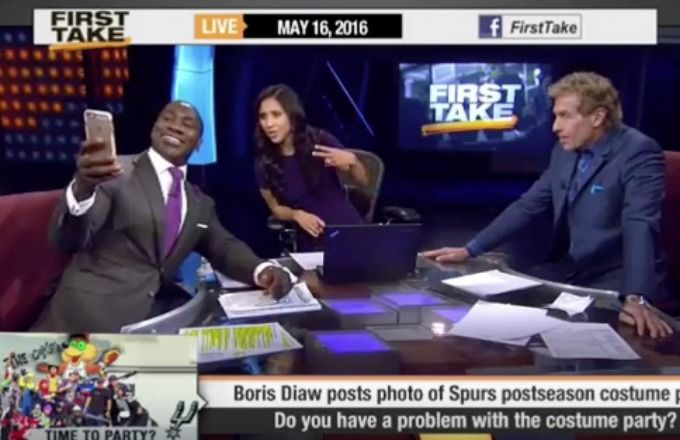 It looks like Skip Bayless has found his next debate partner. There were reports last month that ex-NFL star Shannon Sharpe (who had previously debated Bayless as a guest host on ESPN’s First Take) was a “leading candidate” to join Bayless’ yet-to-be-named show at FS1, and an Awful Announcing source now says that “It’ll be Shannon Sharpe with Skip Bayless.” When asked for comment, a Fox spokesman said “No comment from us on this one at this time.”

It will be interesting to see how the new Bayless show shapes up, and if Sharpe will be just filling Stephen A. Smith’s old role as Bayless’ debate foil, or if there will be a different spin on it. Given Fox Sports’ National Networks president Jamie Horowitz’s role in embracing debate at ESPN and his comments about doing the same at Fox, it seems likely we’ll be in for lots of debate.

But will it be just Bayless and Sharpe going at it, or will there be a moderator in the role Cari Champion and Molly Qerim filled on First Take? It would seem likely there will be lots of NFL talk, too, given the sport’s popularity and Sharpe’s credentials from it, but how will he hold up to Bayless on other sports? And how will Bayless (and his high school basketball credentials) debating an ex-athlete compare to him debating Smith?

We do have a good idea of where this show will air, though. According to AA’s source, it will be a morning show airing before Colin Cowherd’s The Herd, which starts at noon Eastern. That fits with how an industry source told AA’s Jim Weber earlier this year that Bayless’ new show would likely air from 10 a.m. to noon before The Herd and go head-to-head with First Take.

We’ll have to wait and see how it shakes out, but now that Sharpe is in place, we can start to imagine how Bayless’ new show will go. Prepare to embrace the debate.