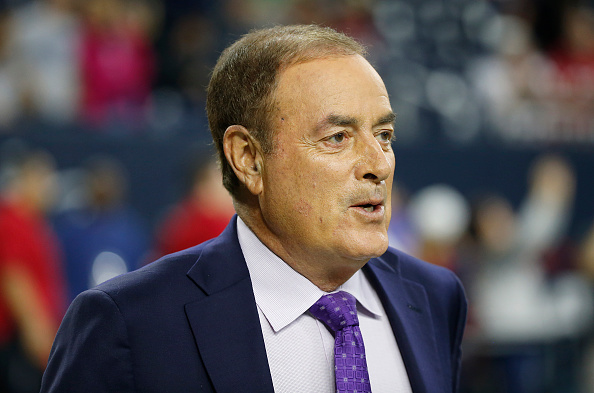 Al Michaels is well-established as one of the best announcers of our generation. But before he was known for major events like horse racing’s Triple Crown, the NBA, Olympics, Super Bowl and World Series, he had to pay his dues in caalling minor events. Michaels joined ABC in 1976, but he had a couple cups of coffee with other networks like NBC in 1972 calling hockey during the Winter Olympic in Sapporo, Japan and the NFL on CBS with Hank Stram in 1975.

When he joined ABC, Michaels joined a staff that included Jim McKay, Keith Jackson, Chris Schenkel, Howard Cosell, Frank Gifford and others. He did get to call some of his bread-and-butter sports like baseball and college football, but he still had to call niche events for ABC and especially on its anthology show, Wide World of Sports. He did make his career with the Miracle on Ice call in the 1980, but until he reached the pinnacle with Monday Night Football in 1986, Michaels went to all corners of the United States and the world to call events for ABC.

Let’s take a look at some of the events that Michaels has called. He did his share of motorsports including Formula 1 in Monaco in 1980. His partner there was Jackie Stewart.

Al was in Indianapolis for the Indy 500 Time Trials in 1982 to recount what happened to Gordon Smiley who died in a fiery crash. He was working again with Jackie Stewart.

ABC was once the home of the United States Football League, the spring football league that tried to rival the NFL when Donald Trump came on board (that’s a story for another time). Before he went to calling the National Football League full-time, Michaels hosted the studio show in 1983 subbing for Jim Lampley for a week. Check out Al as a studio host.

At the 1984 Summer Olympics in Los Angeles, Al was assigned to call track and field and here’s his call of the women’s 3,000 meters which pitted Mary Decker of the U.S. against Zola Budd of South Africa. This was the infamous race in which Decker fell with a little more than three laps to go ruining her gold medal chances for good. Working with Al in this race was Marty Liquori. The race begins at 7:39 of this clip. Decker falls at 12:35.

Al was tapped by NBC to host Premier Boxing Champions over the past couple of years, but did you know that Michaels called the Marvin Hagler-Thomas Hearns fight for a pay per view audience on April 15, 1985? And Curt Gowdy was host? And Al Bernstein was Al’s partner? Check this out:

So you have a a nice sampling of how Michaels called sports other than baseball and football. And you can hear him calling each quite well.