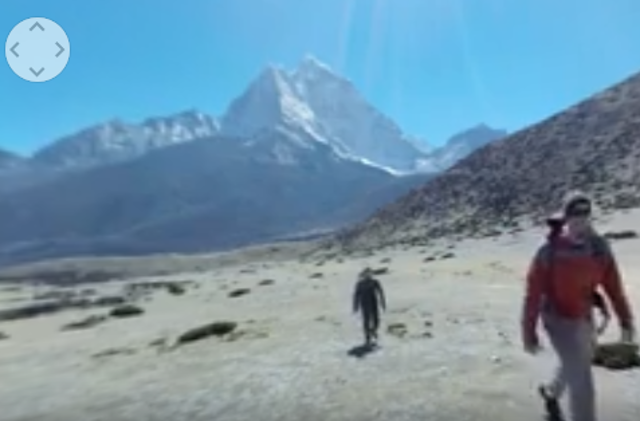 We’ve seen live virtual reality broadcasts become more prominent in many sports, from golf to soccer to college football, and now we’re starting to see them more in the sports documentary space. Sports Illustrated is partnering with LIFE VR and digital network Endemol Shine Beyond USA to create a new virtual reality documentary that will debut in January, the first full VR documentary to cover a complete climb of Mount Everest. Here’s more information from their release:

The multipart, multi-platform production, the first complete ascent of Everest in VR, will premiere in early 2017 on Time Inc.’s new LIFE VR platform and SI.com in 360-degree video. Sports Illustrated will also feature coverage of this historic endeavor across its print and digital properties. The production, to be entitled “Capturing Everest,” is presented by Sports Illustrated.

LIFE VR, an extension of the historic LIFE brand, is Time Inc.’s dedicated virtual reality platform featuring next-level storytelling from across the company’s global titles. The forthcoming “Capturing Everest” series will be the first VR experience presented by Sports Illustrated to be housed on the new platform, alongside immersive content from other Time Inc. brands like Time and The Drive.

“Attacking the world’s highest summit seemed like the perfect place to go with our new VR initiative, and by partnering with Endemol Shine and adding in the world-class storytellers from Sports Illustrated, I think we have something truly special and unique to offer our audience,” said Mia Tramz, Managing Editor of LIFE VR. “We can’t wait to bring viewers along for this once-in-a-lifetime journey. This is exactly the type of experience LIFE VR was created for.”

Shot on location over a two-month span, the “Capturing Everest” team employed a variety of 360-degree video capture methods while enduring some of the planet’s most extreme conditions. Specialized cameras rigged to zip lines and body harnesses on the climbers offer first-person views of Mt. Everest in unprecedented fashion.

“This groundbreaking production is going to allow anyone with a smart phone to virtually climb Mt. Everest,” says Bonnie Pan, President, Endemol Shine Beyond USA. “VR is allowing us to tell stories in new and unique ways, and with this series, our brave team of climbers captured a view of Everest that’s going to blow people’s minds. And who better to partner with for such a breathtaking series than the teams at Sports Illustrated and LIFE VR at Time Inc., who are really pushing the scale of these experiences.”

“Summiting Everest has captivated the imagination like few other athletic feats,” said Chris Stone, Editorial Director of Time Inc.’s Sports Illustrated Group. “Capturing an ascent in VR makes the unattainable seem attainable while at the same time reinforcing the mythology of Everest. This production is both extraordinarily real and unreal all at once. We are thrilled to bring the viewer along for the odyssey.”

The upcoming series follows a team led by Garrett Madison, a six-time Everest summiteer who has led 37 climbers to the summit, the most by an American climber. The series focuses on four climbers including Brent Bishop, a three-time Everest summiteer, who is the son of legendary climber Barry Bishop, the third American to summit Everest. Jeff Glasbrenner joined the group with the aim of being the first American amputee to summit Everest. Lisa White, the lone female member of the team and a cancer survivor, quit her job in healthcare management to be a part of this once-in-a-lifetime journey, and Nick Perks is fulfilling a promise to climb Everest in memory of his late father. Perks also hopes to raise £29,035 for UNICEF—one pound sterling for every foot climbed.

And here’s a first look at this production:

It’s interesting to see media companies like SI get more into VR productions (they also included VR in last year’s Swimsuit Issue), and that’s perhaps the next step for this technology’s impact on the world of sports. People like Mark Cuban and Fox Sports president Eric Shanks have long been high on VR’s potential, and we’re seeing more and more live broadcasts featuring it. We’re also seeing teams use it for training purposes. VR and 360-degree video can add a lot to live events, and it makes sense that they can be useful for documentaries as well, especially one with the stunning visuals of an ascent of Everest. We’ll see how this is received, but if it does well, other sports documentaries may follow this lead, and LIFE VR may opt to do more on the sports front.