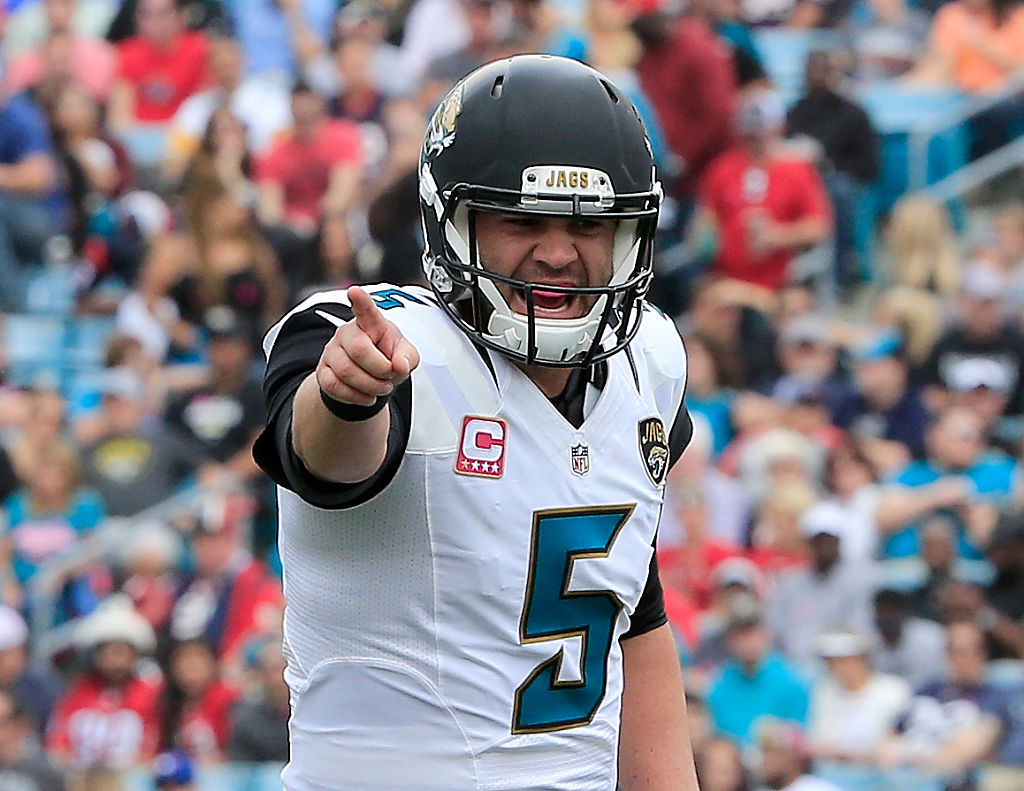 There are plenty of sports takes that go wrong, as chronicled extensively at AA sister site Freezing Cold Takes, but it’s rarer to see an outlet not only admit that they erred, but admit an error no one would have caught otherwise. That’s what Sports Illustrated did Tuesday, though, publishing an article they commissioned and wrote but never ran on how this year was supposed to be a breakthrough season for the Jacksonville Jaguars.

The best part is that they also annotated it to show just how wrong they were. Here are some highlights from their “Look out! Here come the 2016 Jaguars” article, written by Greg Bishop this August and initially scheduled for the Sept. 19 issue, but only published this week:

For three seasons under [recently fired head coach Gus] Bradley, the process-oriented Jaguars focused on development rather than results. The coach lectured his team on kaizen, the Japanese business philosophy of seeking continuous improvement, which he borrowed from Toyota. He ate with different coaches or players each day and challenged them to come up with new ideas.

Meanwhile, crucially, Khan remained patient where other owners have punted. He signed Bradley to a four-year contract—and then extended him to a fifth year—while NFL bottom feeders like the Browns, Titans, Bucs and Raiders hired-and-fired a combined four general managers and eight coaches. Khan likes to describe his team’s transformation as a tear-down rather than a remodel. But now it’s time to move in. “I’m glad people have expectations,” he says. “I have expectations. We have talent. We’ve gotta turn that talent into victories.”

Jacksonville did not wind up turning that talent into victories, going 2-12 so far and firing Bradley (who leaves with a 14-48 record that’s the worst in the Super Bowl era and the second-worst all-time in the NFL) this past week after losing to Houston. The annotations do a nice job of illustrating how silly some of this article seems in retrospect, especially the parts about how the team fired Jack Del Rio and Mike Mularkey, coaches who are both now doing quite well elsewhere. They’re very funny, and worth checking out.

Much of the rest of this piece could hold up still, though. The Jaguars’ stadium improvements and increased fan engagement shouldn’t be dismissed just because the on-field product has taken a nose dive, and even the parts about talent improvements aren’t necessarily wrong; this team entered this year with a very promising roster, and many apart from SI’s staff were very high on them.

Some of the issues can be laid at Bradley’s feet, while others can be blamed on quarterback Blake Bortles’ lack of progress (and it wasn’t necessarily unreasonable to envision he might make a jump this year). It’s quite possible that this team could turn things around in the next couple of years if they get the right coach and quarterback and find some other useful pieces, and then this story might not look so silly after all. It also had some great anecdotes, such as the one about owner Shadid Khan lip-syncing Mötley Crüe’s “Home Sweet Home.”

SI deserves a lot of credit for how they handled this. Especially considering that this story never ran, it would have been really easy to just forget about it and avoid looking silly. However, they instead decided to have some fun with it, and to show us some of the behind the scenes on how stories on “this year’s surprise team” come together. It really isn’t a bad story, even if the central premise (the Jaguars finally finding on-field success) hasn’t yet come to be, and it also helps to illustrate how easy it can be to find positive-seeming elements about even a bad team.

SI was far from the only outlet with cold takes on this year’s Jaguars, but they easily could have avoided them by just never running this story. Doing so gave the internet a good laugh, though, and it provided a useful look at what goes into turnaround stories—even those that don’t work out in the end.