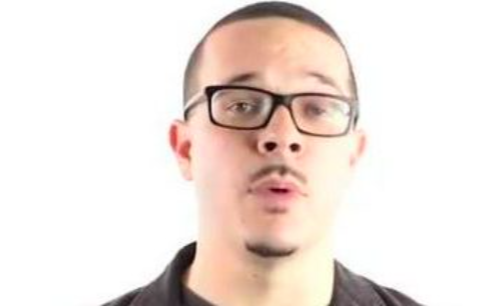 Shaun King has been at the center of controversy numerous times due to his own doing. But at least today, this is not the case. Even critically acclaimed television writer Aaron Sorkin may not be able to write a wilder tale than what was revealed this week.

An editor at the New York Daily News has been fired after tampering with articles written by the self-proclaimed civil rights activist. (Update: the editor has spoken out. See the end of this post.) Earlier in the day, an editor at The Daily Beast accused King of plagiarism tweeting screenshots of an opinion piece King wrote alongside with a screenshot of an article from The Daily Beast. At first glance, it is some of the worst and most lazy plagiarism ever seen. The Daily Beast article seems to be word-for-word duplicated.

Media Twitter exploded! Some of King’s archrivals such as Fox Sports’ Jason Whitlock used this opportunity pour some more gasoline on what seemed to be an impending explosion.

The billionaire paying for King to play "black radical" is gonna get his money's worth come hell or high Dolezal https://t.co/lBu6LZgXny

King came to his own defense stating that he had copies of his emails proving that he attributed to The Daily Beast.

2. Here is what I submitted to my editors THIS MORNING where I properly attributed to Kate of @TheDailyBeast pic.twitter.com/sVzblHzNqu

He was proven right after NYDN claimed that there was an editor error and that the editor had been spoken to.

But it gets worse.

King decided to use his 30 seconds of fame to criticize The Daily Beast which makes sense because they’ve accused him of journalism’s dirtiest sin. The problem is that he decides to use a weird, very random conspiracy theory to support his belief that The Daily Beast has a vendetta against him.

8. Also, Chelsea Clinton is on the board of the parent company of The Daily Beast. They ride HARD for Hillary. Sure that played a role.

This is all Chelsea’s fault? 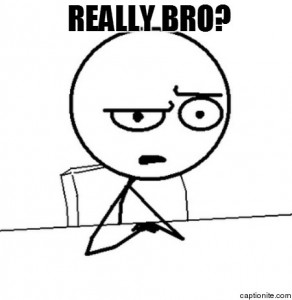 As King is going on a Twitter rampage trying to slice and dice everyone who attacked him, another attack comes his way.

At this point, media Twitter is just exploding in all sorts of ways. How does Shaun King not understand that plagiarism is wrong? How has the New York Daily News let him get away with this the whole time? Where are his editors? It was a media scandal dying to go mainstream. I’m sure television producers at GMA, Today Show and CNN were salivating at the potential takedown of Shaun King.

But out of the ashes, King rose again with proof that he actually did cite his sources.

3. Here is where I properly attributed to @FiveThirtyEight. Notice I link, credit them, and include block quotes. pic.twitter.com/wWFJLAEeJX

His editor believed it was okay to take the attribution out of King’s articles and run the words written as King’s own. King would later tell CNN Money, “someone really f***ed up here” which is 100 percent a fact.

King says that all the scrutiny surrounding him makes him more careful about what he writes, and about being sure not to plagiarize.

For The Daily Beast, however, the damage has been done, and the fault lies with The Daily News as an institution as much as with any of writer or editor.

The Daily News released a statement saying that the editor who did this to Shaun King was a repeat offender and has since been fired. The firing may have done some extreme damage to the Daily News’ brand in journalism circles.

You have to wonder what King could’ve done to receive such a gruesome backstab from a colleague of his. Maybe the colleague felt NYDN was going in the wrong direction by hiring the social media star, maybe King mistreated him and this was payback, maybe it was an honest mistake (although that’s doubtful) or maybe he was trying to find a way to leave and this was the only way how? Regardless, editing King’s articles to make him look like a plagiarist is one of the worst and most dishonest things any editor can do.

No matter what happened, this is by far one of the weirdest stories the journalism world has ever seen.

Update: Jotham Sederstrom, the NYDN editor involved, gave his side of the story on Medium Thursday. Sederstrom owned the errors and apologized for them, but said they were unintentional and thanks to a combination of overwork and formatting issues with pasting King’s e-mail submissions into the NYDN’s CMS.