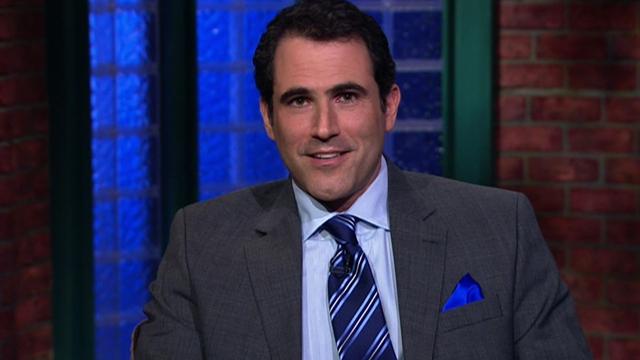 Analytics debates in baseball may be a tiresome thing of 5-10 years ago as the matter has largely been settled.  The “gut instinct” crowd have gradually accepted the sabermetrics folks and some of the new and more informed statistics have become more and more a part of the game.

CBS college basketball Seth Davis tweeted this during the Elite 8 game between Virginia and Syracuse:

Virginia is deceptively up tempo. Love to run defense to offense in transition, score real early in the shot clock or real late.

Virginia doesn’t exactly have a reputation for playing quickly, and his point was quickly countered by statistical evidence to the contrary:

Also Virginia is 4th to last in % of shots that come in transition so @SethDavisHoops wasn't remotely close pic.twitter.com/sfdBbq7PaS

Virginia averaged the least number of possessions per game this season, which is in no way shape or form “up tempo,” deceptively or not.  It means they are the slowest team in the nation when it comes to tempo.

Davis wasn’t about to back down, telling fans to put down the spread sheet:

Here's a novel idea. Put down the spread sheet and watch … them … play. https://t.co/tyEshbFSY5

And because that went over so well, he then made a joke about pocket protectors:

And was countered with more facts and statistics:

I just watched Virginia play a half with 31 possessions. That is very slow. And I saw it with my own eyes! https://t.co/tRz6n8IUjC

I’m not sure what moved Davis to be so dismissive of statistics that so obviously proved his point to the contrary.  He could have admitted his point may have been overstated or misunderstood instead of going straight to the “NERDZ ARE STOOPID” route.  (That’s especially ironic considering Davis has made a living as a journalist living in a world of ex-jocks in the studio.)  He could have just laughed it off, too.

Instead, Davis just doubled down and dished out some demeaning insults in the face of some pretty obvious and compelling evidence.  And it’s not like possessions per game is some kind of crazy advanced statistic that needs a degree from MIT to understand.  Virginia plays as slow as Charles Barkley trying to run the 40 yard dash.  It’s ok to admit and it’s pretty obvious to see either in the numbers or by the naked eye.

At least the stats geeks and the narrative enthusiasts can agree on one thing about the Virginia-Syracuse game:

That lead sure went away deceptively fast.