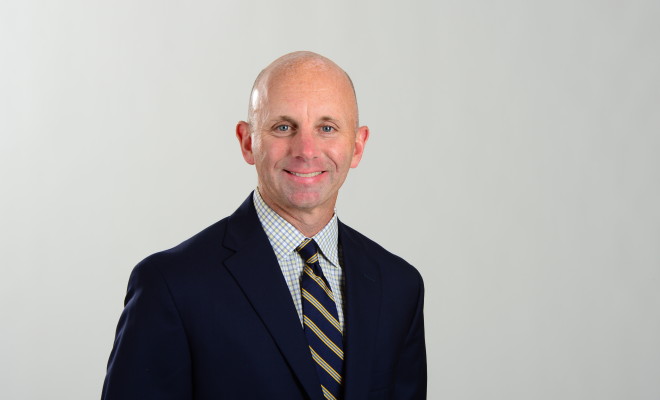 It’s one of the dominos at ESPN that has fallen in the wake of Mike Tirico’s departure to NBC which was officially announced today. Sean McDonough will replace Tirico as the voice of Monday Night Football on ESPN. He becomes the fifth man to call MNF for either ABC/ESPN following Keith Jackson, Frank Gifford, Al Michaels and Tirico. And he’ll join an existing announcing team consisting of Jon Gruden in the booth and Lisa Salters on the sidelines.

For McDonough, who became the broadcast TV voice of the Boston Red Sox in 1988 and then the World Series at CBS in 1992, it’s a vindication of sorts after he left CBS in 1999. McDonough joined ESPN in 2000 after working for the Worldwide Leader in the early 1990’s and bided his time calling golf, college baseball, college basketball and college football and selected MLB games until he got the opportunity to be lead announcer on a premier sports property once again.

And while McDonough has called some NFL games for ESPN Radio over the last three years, it brings him to the league full-time after his late father Will, had blazed a trail in both print and on TV as an insider.

In a statement from the official ESPN announcement, McDonough said, “One of my favorite memories of my childhood was watching Monday Night Football with my Dad, who I know is smiling down on me today. I am humbled and deeply honored to have the opportunity to be a part of the most iconic franchise in the history of sports television.”

ESPN Executive Vice President for Programming and Production, John Wildhack told a media conference call that McDonough was high on a very shortlist to replace Tirico and Monday Night Football producer Jay Rothman said he met with McDonough for about three hours to familiarize him with what is expected from him as the lead announcer.

Rothman said he, MNF Director Chip Dean and McDonough are familiar with each other having worked Big East basketball games together. And McDonough said he has met MNF analyst Gruden in social settings before and looks forward to getting to know him better as the season gets closer.

“It really is a dream of a lifetime especially growing up in my house,” McDonough said. “Ever since I knew at a very young age that I wanted to do this, if you told me I would have the opportunity someday to do Monday Night Football, it would be an incredible opportunity.”

He added, “I’m thrilled to be working with Jay again. Everybody in this business knows there’s no one more talented than he and Chip Dean.”

McDonough said he talked with Mike Tirico about the atmosphere with the crew and said everyone cares about each other and it’s a family. Both Tirico and McDonough are not only friends, but they’re also Syracuse graduates and they share the same agent. McDonough said, “I know he loves Monday Night Football and to leave that and knowing how he feels about it, it would say to me that he has a great opportunity where he’s going and he’s as talented as anyone in our business. He’ll be awesome (at NBC).”

As for Tirico, the feeling about McDonough was mutual, “Any chair that Sean sits in is one that is in great hands.”

McDonough’s first game as lead announcer on Monday Night Football will be the preseason Hall of Fame Game in Canton, OH between the Green Bay Packers and Indianapolis Colts and he’ll be behind the mic when the season begins on September 12 all the way through ESPN’s Wild Card Playoff game in January 2017.