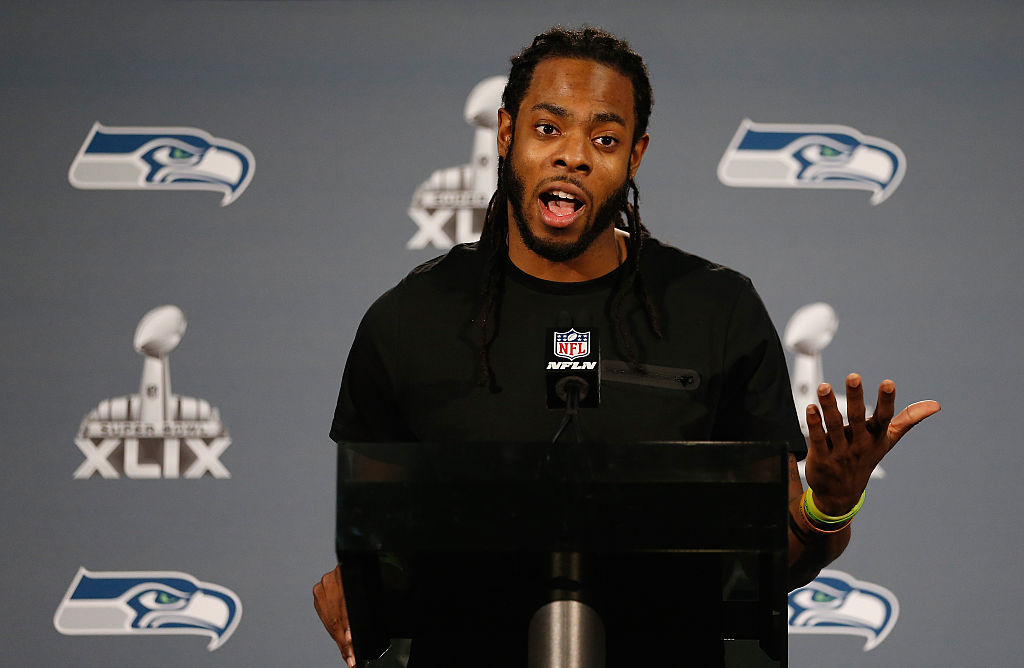 Richard Sherman apparently isn’t feeling appreciated by the media. As a result, the Seattle Seahawks cornerback did not hold his weekly press conference with reporters on Wednesday, neglecting to do so for the first time this season.

Sherman didn’t decline to meet with reporters entirely, choosing instead to meet with a smaller group of writers in front of his locker. It’s surely worth noting that the small gathering did not include 710 AM ESPN host Jim Moore, with whom Sherman had a dust-up last week over his sideline argument with Seahawks offensive coordinator Darrell Bevell.

At the time, Sherman threatened to have Moore’s press credentials revoked, something head coach Pete Carroll and the Seahawks informed the player that he has no control over. But it appears that Sherman found a way to limit access to his press availability anyway.

By “fun,” Sherman apparently meant there wouldn’t be a press conference at all. While talking to the reporters that met at his locker, he said that “it’s a privilege to have me up there. Going to miss me when I’m gone.’’

Or Sherman has the privilege of being physically gifted enough to play in the NFL, a profession that comes with the obligation of meeting with the media during the week. It certainly hasn’t been a privilege for reporters to cover him, especially in recent years when he’s threatened to ruin careers and cost people jobs. Never mind that those in the media have a job to do, and that work is often dependent on players like Sherman providing access, something that his team and league expect from him.

Sherman is correct in that he doesn’t have to hold a press conference. But the NFL does require him to meet reporters and answer questions during the week and after each game. The media has often enjoyed talking to Sherman because he’s more candid, outspoken and thoughtful than many of his fellow football stars.

But Sherman also seems to be working from the misguided belief that we often see from athletes and coaches, that reporters are essentially supposed to be public relations who compose positive messages and articles about the team being covered. Obviously, it does not work like that. Media like Moore are doing their job by trying to get answers to questions that fans have, such as players and coaches having confrontations on the sidelines.

Whether or not Sherman’s stance continues will remain to be seen. Technically, he’s not violating NFL policy, though he’s creating a problem for the team’s media relations department. But maybe he’ll be persuaded to be more generous with granting “privileges” to the media for the remainder of the Seahawks’ season.