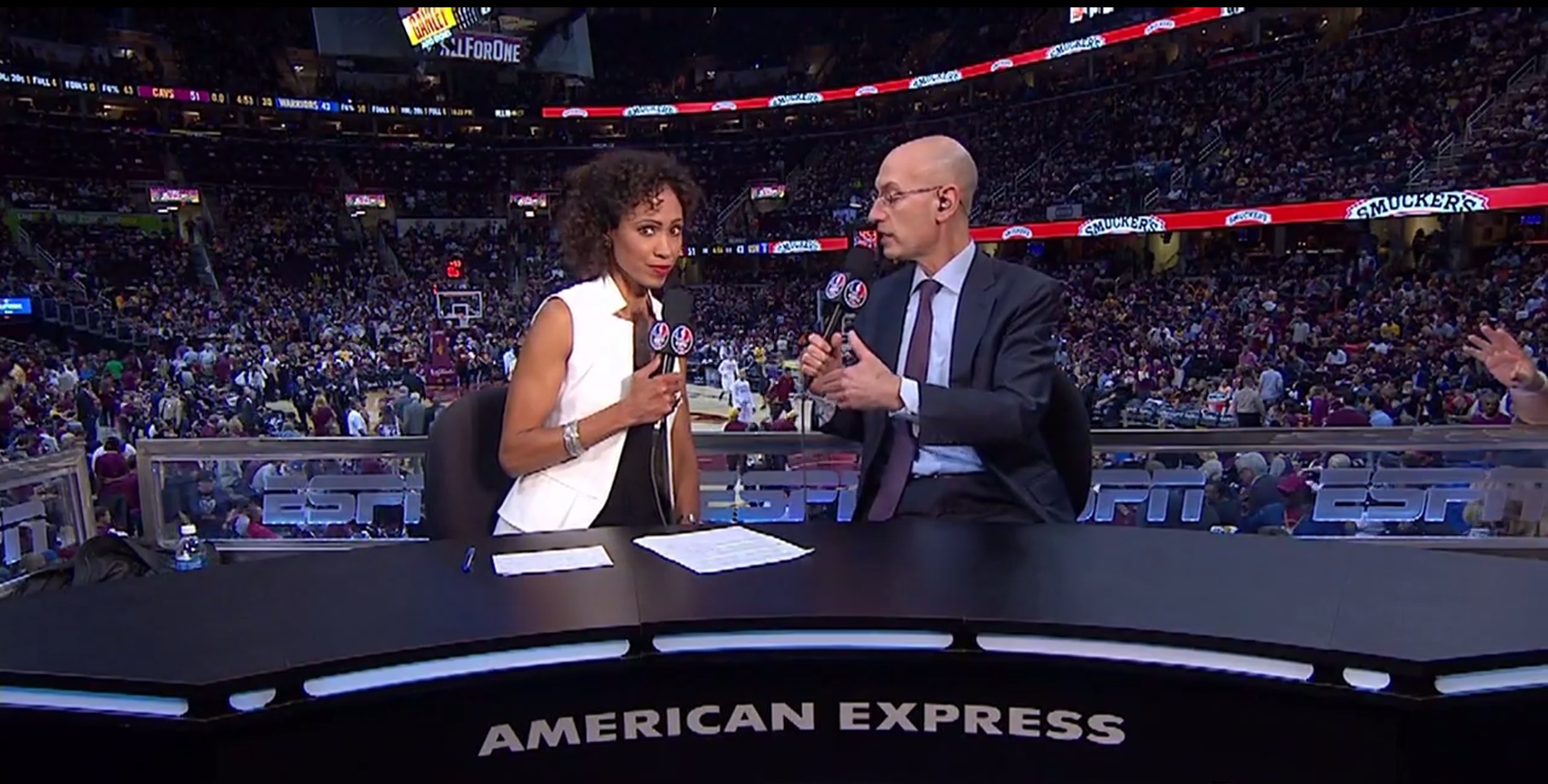 It’s one of those awkward moments when a network has a league’s commissioner on for an interview, but has to rush him off the air because of commercial. That’s what happened on Wednesday night on ABC as NBA on ESPN host Sage Steele was interviewing NBA Commissioner Adam Silver.

Silver was giving an answer on the NBA’s transparency and its referee issue when Steele noticed a signal off-camera to wrap it up (you can see Steele looking away from Silver in the video clip) and then quickly wraps up the interview. Was it awkward? Yes. In these situations, networks have short windows to get the interview in and sometimes, you get a situation as you had last night.

At least ABC got to the break on time.