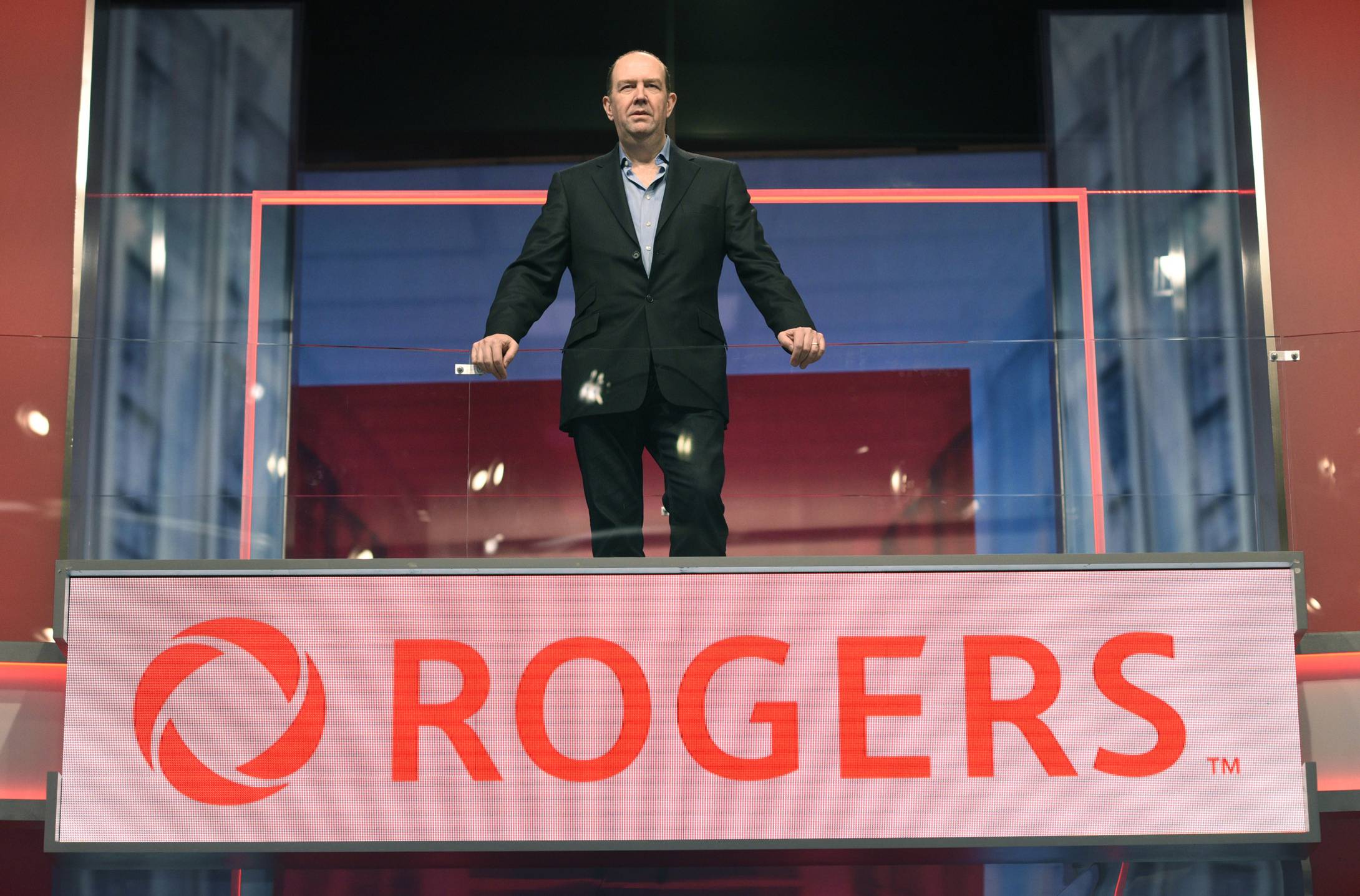 Between Rogers’ job cuts, season-long and playoff NHL ratings hits, and speculation about how no Canadian teams in the playoffs will hurt them (to the tune of a potential $10 million loss), there are plenty of reasons to think that the massive $5.2 billion Canadian ($4.11 billion U.S. at the current exchange rate) 12-year rights deal they signed ahead of the 2014-15 season is hurting them financially. Rogers CEO Guy Laurence disagrees, though. Here’s what he told reporters in Toronto after the company’s annual general meeting Tuesday, via Christine Dobby of The Globe and Mail:

But Rogers CEO Guy Laurence says the company is, nevertheless, likely to see a 10-per-cent return for the 2015-16 season on its investment in the Canadian NHL broadcast rights.

“It will absolutely, definitely, without any shadow of a doubt, make a profit, period,” he told reporters in Toronto on Tuesday after the company’s annual general meeting. “Trust me, it makes money. We’re happy with it.”

The company won the rights away from the CBC in late 2013, and since then many have wondered whether it could make enough from sublicensing rights, advertising and other spinoff benefits to pay for the 12-year, $5.2-billion contract.

In an interview with The Globe and Mail last year following the end of Rogers’s first full season with the NHL rights, Mr. Laurence said, “Categorically, we will make a 10-per-cent margin this year and the deal has been profitable for us.”

…“What we said last year is that we made in excess of 10-per-cent profit last year. So everyone quotes the 10 per cent; we actually said ‘in excess of 10 per cent.’ It actually makes a couple of per cent higher than that,” the Rogers CEO said to reporters on Tuesday. “If I’m guessing – because I haven’t seen how the playoffs go – [this year] it will come down, to around 10 per cent, as a consequence of the fact that Canadian teams aren’t in.”

Even a 10 per cent profit would be very impressive, as this isn’t an average annual value rights contract (which would be $430,000 CAD per year), but rather one where the fee Rogers pays the NHL rises each year. It’s estimated to rise by around 5 per cent each year, so that means Rogers’ revenue would also have to rise to maintain the same profit if expenses remain the same. It seems hard to imagine how Rogers’ hockey revenue has risen given the dropping ratings, the failures to hit guaranteed ratings (resulting in free makegoods), and the numbers of advertisers shifting to baseball, but we don’t have access to their financials. However, profits can also be achieved by cutting costs, and the cuts of over 200 employees (including axing high-profile head of NHL production Gord Cutler immediately ahead of the playoffs, with his job was combined with another role rather than filled) may have helped there. There also may be things we don’t know about; maybe some of those advertisers who initially signed up for hockey, then shifted to baseball, still have their revenues counted towards hockey. Regardless of how exactly they’ve done it, a 10 per cent profit on the NHL side would be solid for Rogers. They’ll have to hope the ratings (down 60 per cent year-over-year so far these playoffs) turn around and the revenues keep rising, though, as this contract’s just going to keep getting more expensive for them.