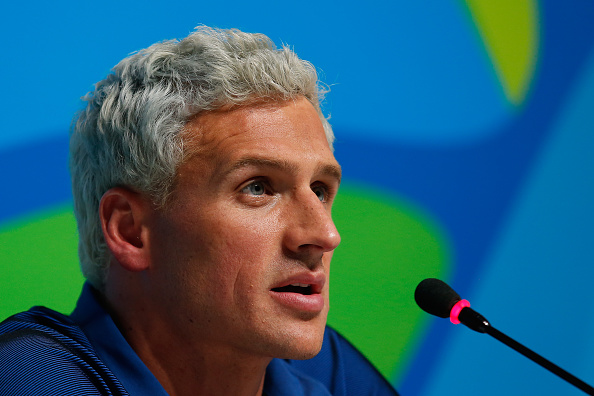 In the week since the Ryan Lochte story broke, we’ve seen this story go from the country sympathizing with a group of U.S. swimmers who said they were held at gunpoint, to Lochte bringing out tears in an awful apology interview with Matt Lauer.

And as weird as this story has been, we found out Sunday that the way it was broken might have been even weirder. Ben Way, a reporter working for Fox Sports Australia, was the first person to tweet the news of the Lochte incident. He spoke with Sports Illustrated’s Richard Deitsch and told us about how he found out about the story that never stops changing.

Way and a photographer were leaving a hotel the Sunday morning following Lochte’s wild night on the town. As the two hopped on an Olympic shuttle, the two Fox employees soon found out about the story that would capture the world’s attention.

“So we walked out of the Grand Mercure and hopped in the shuttle,” said Way, in an email on Saturday. “Once in, a middle-aged blonde woman came out. It was Ileana Lochte [the mother of Ryan Lochte]. She was hobbling terribly and looked in great discomfort. We helped her into the shuttle bus and she sat down next to me and our camera gear. The shuttle bus took off. Next stop, the Novotel, was some three or four kilometers away. That just so happened to be where we were getting off because we had an interview at Adidas HQ across the road. Shortly into the trip I asked [Ileana] if she was ok. She was clearly struggling with her foot and looked quite distressed. She proceeded to tell me how terrible her stay had been. She’d broken her foot and now her son had been held up at gunpoint. I said ‘That’s terrible? Is he ok?’”

“She went on to say how he’d gone to a party with Thiago [later confirmed as Brazilian swimmer Thiago Pereira],” said Way. “He’d been held up at gunpoint and they stole his wallet. He was with three teammates at the time. I said, ‘So he’s definitely ok?’ to which she replied ‘Yes, he called me straight afterwards. It’s terrifying as you’d imagine, but he’s back at the base and I’m going there to meet him now. I’m just waiting on a message.’”

Ileana soon left the bus after declining to give this information out on camera. After talking with Way, she soon headed out to other outlets such as USA Today, sharing the story of Ryan being robbed at gunpoint (even though he wasn’t).

Way said that following his initial tweet about Ryan being robbed, he got bombarded by accounts from all over the world (as expected). Though he wasn’t surprised by the reaction, he was surprised by the fact that Ryan lied to his mother and how crazy the story got in the days following the incident.

“For the large part, I felt Brazilian authorities were just desperate to disprove it because of the damage it would do to the country’s image,” Way said. “When the footage from the athlete’s village came out, that’s when I knew something shady had gone on. That 7 a.m. arrival time didn’t match up at all with the version Lochte’s mother told me. We followed the story until all four swimmers were back on a plane to the States. It’s by far and away the strangest story I’ve ever been involved with—and all feels so unnecessary.”

This story has quickly become one of the biggest of the year. It’s just amazing that it all started on a bus ride.