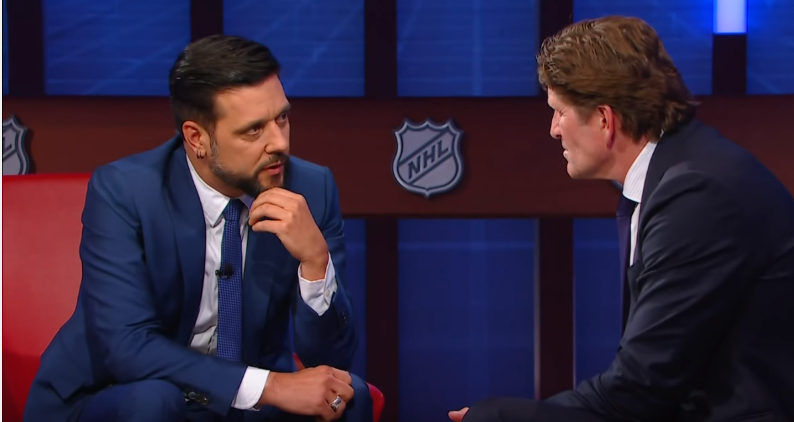 George Stroumboulopoulos is out and Ron MacLean is back in as the host of Hockey Night in Canada according to a report by Dave Feschuk of the Toronto Star.

Stroumboulopoulos was one of Rogers’ biggest hirings when they acquired the NHL broadcasting rights for $5.2 billion in 2014. The former CBC talk show host replaced MacLean, the longtime host of Hockey Night in Canada on CBC, in that role on Sportsnet.

Stroumboulopoulos, a former MuchMusic VJ and passionate hockey fan, was hired in hopes of bringing a younger audience to the broadcast, as MacLean was pushed aside in a smaller role. Clearly, the decision to replace MacLean was the wrong one — although it’s not entirely Stroumboulopoulos’ fault. He proved to be a capable host and an excellent interviewer who didn’t mesh well with the rest of Sportsnet’s talent. (Changing his wardrobe was among the requests executives suggested.) It just proved to be an awkward fit.

Rogers is currently in the process of change this offseason. With declining ratings, Sportsnet is attempting to fix its uninspiring broadcast team. According to TorontoSportsMedia.com, the move is only a small part of potential changes which have been discussed. Rogers axed NHL production head Gord Cutler back in April. I’d wager Stroumboulopoulos won’t be the only Sportsnet personality let go, as its current roster of analysts stills needs plenty of work to get on the level that former NHL-rights holder TSN was (and still is) on.

Stroumboulopoulos was never a great fit on Sportsnet, but did an admirable job given the high-stakes pressure he was put in. If the Star report is accurate, switching MacLean back to the host role will please the old-time Hockey Night in Canada faithful. It’s the right move for Rogers.