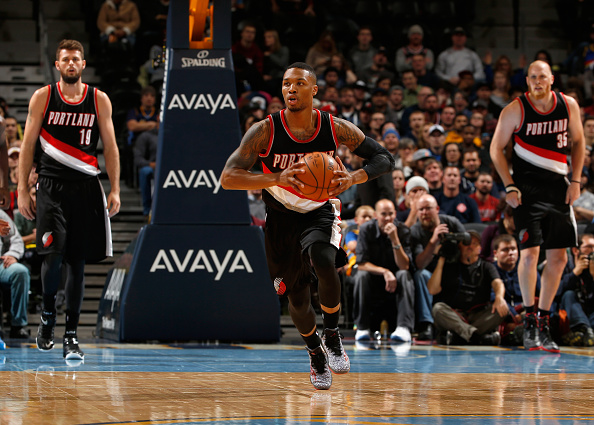 It appears the Portland Trail Blazers are ready to move from its current home of Comcast SportsNet Northwest. The Seattle Times reports that the Blazers are expected to announce that the team will be ending its 10-year relationship with Comcast and sign an agreement with Root Sports Northwest, the RSN giant in the region.

Back when we reported on the Blazers hiring of former Seattle SuperSonics voice Kevin Calabro as its new lead announcer, we mentioned the possibility of them moving to Root Sports, but now it appears that it’s definitely going to happen:

The attractive part of ROOT Sports, which the Mariners own 71 percent of, is that DirecTV is a 29 percent minority partner. DirecTV uses a satellite-based distribution system blanketing a multi-state territory that includes Oregon and Washington.

Comcast has cable-based distribution, requiring physical cable lines to be run underground to its customers. It’s impossible to run lines throughout multiple states, requiring Comcast to cut distribution deals with rival networks to carry Blazers games beyond a limited territory.

Those proved tough to come by.

ROOT Sports and its DirecTV satellite system starts off with a much broader territory of coverage.

And by joining Root Sports, it gives the RSN a second major team joining the Seattle Mariners making the channel more attractive. While it does carry MLS games from both the Portland Timbers and Seattle Sounders, winter programming has been lacking.

With the NBA allowing the Trail Blazers to air their games in the Seattle market, joining Root Sports makes total sense. The RSN already has an established footprint in the region and can reach more viewers than the Blazers’ current home.

As for Comcast SportsNet Northwest, it leaves them with just Vancouver Canucks games subleased from Sportsnet Pacific and the loss of the Trail Blazers is a huge blow. With just one major team, CSN NW didn’t have the attraction to some of the major pay TV providers in the area. DirecTV and Dish never bothered to pick it up and that left fans who subscribed to the satellite companies totally in the dark and devoid of the Blazers.

And now as the team appears ready to leave Comcast, the channel will have an even tougher time getting distribution and it could lead to the death of the RSN. We’ve seen this happen with other RSN’s. The total opposite happened in Chicago when the city’s major sports teams stripped Fox Sports Net of its rights and created a new channel, Comcast SportsNet Chicago in 2004 and while Fox tried to keep the channel going, it eventually died in 2006.

So for Comcast SportsNet Northwest, it will be a tough road without the Blazers and for Root Sports Northwest, it’s a major feather in its cap and will give it true year-round programming with the Mariners and the Trail Blazers.

Update: A piece from Joe Freeman in The Oregonian Monday disputes the notion the Blazers are definitely headed to Root Sports, with a source saying “Everyone is still in the race” ahead of Thursday’s 11:59 p.m. Pacific deadline. Fox is apparently in contention along with Root, as is an extension with Comcast.