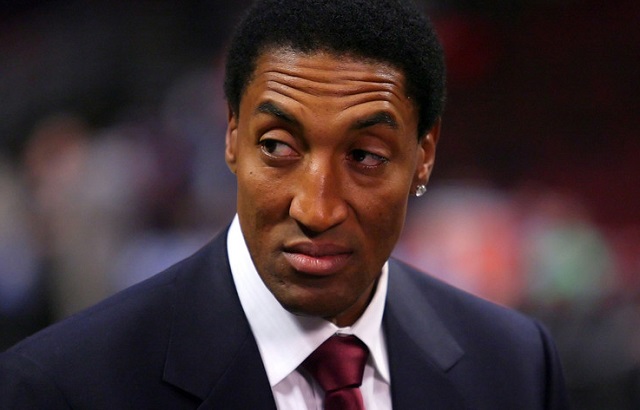 ESPN is looking to add some serious star power to its roster of NBA analysts. We’re not talking about TV star power, necessarily, but some of the best players in NBA history.

According to The Big Lead’s Ryan Glasspiegel, Scottie Pippen is going to join the network as a NBA analyst. The move has not yet been officially announced, but that is expected to happen soon. Pippen will mostly appear on ESPN’s daily NBA show The Jump, hosted by Rachel Nichols, while also contributing analysis on SportsCenter.

What could be potentially more intriguing, however, is who ESPN is looking at for analysts on NBA Countdown. The network’s studio show will already have a different look, with Sage Steele and Michelle Beadle splitting hosting duties during the upcoming season. But who might be take Doug Collins’ place in the studio and join Doris Burke as an analyst? Glasspiegel reports that ESPN has had “exploratory” talks with Magic Johnson and Kobe Bryant about roles on Countdown.

Most fans will likely remember that Johnson was part of ESPN’s NBA coverage for five seasons from 2008 to 2013. He cited his business commitments and involvement with the Los Angeles Dodgers ownership as reasons for leaving the network, but there were several rumblings Johnson lost a power struggle with Bill Simmons following Michael Wilbon being removed from the Countdown crew. (Simmons has denied that charge.) Now that Simmons is no longer employed by ESPN, is the path clear for Magic’s return to the studio?

Back in May, Bryant said he wasn’t interested in joining TNT’s Inside the NBA. Has his stance on doing TV changed over the past four months? Perhaps he’s getting a bit antsy as the 2016-17 NBA season approaches and he’s not playing anymore. Maybe he’s more interested in covering soccer on TV. Or he’s still out there busting ghosts.

Glasspiegel’s source did say that the chances of Bryant or Johnson signing on were “less than probable,” so maybe we shouldn’t get too excited. In the meantime, ESPN is reportedly considering Chauncey Billups and Tracy McGrady, both of whom are already employed by the network as analysts, for roles on Countdown.