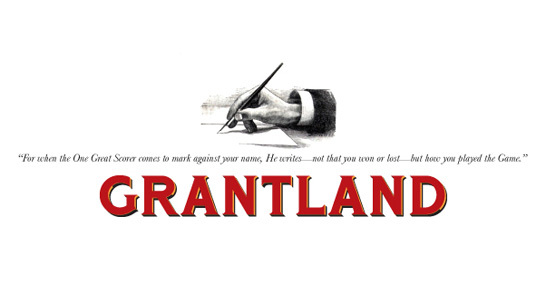 It’s been eight months since ESPN shut down Grantland, and we still don’t know exactly why. We mostly assume it was a combination of the fact that Bill Simmons was gone, the site wasn’t making money and the network was looking to cut costs.

Well Rembert Browne, a former Grantland staffer and now a writer for New York Magazine, has a new theory. Speaking to Sports Illustrated’s Richard Deitsch, Browne suggested ESPN cut bait on Grantland in part because of the staff’s lack of interest in appearing on television.

“I have a theory that none of us were really that interested in doing TV and on-camera stuff for ESPN. And, you know, the reason online properties that are owned by TV companies exist is to create people that can then go on TV. So if you have a site of people who are really, year after year after year like, ‘Eh we don’t wanna do the TV thing that is probably the whole reason it got started,’ at a certain point you’re like, ‘Wait why are we paying for this? We haven’t gotten our next generation of ESPN talent out of this, we’ve just created a monster that’s become so autonomous people don’t even treat it like it’s ESPN, maybe this isn’t a good look.’

“And I say that as someone who, time and time and time again, was just like I didn’t want to do TV. I did a little bit on Bill’s show. My compromise was doing that podcast for a little bit, which at the time was as comfortable as I was being on camera because I felt protected because I was in Jacoby’s hands, and I knew he was never going to make me look like an idiot. But I was like, I don’t know these other people. That’s always been my theory. I think if eight or nine of us were doing regular TV stuff, the site would 100 percent exist.“

Browne’s theory makes some sense, at least as a component of Grantland’s demise. Grantland was never supposed to be a cash cow for ESPN. Its purpose was to bring the company “prestige,” to create positive associations about ESPN that would cancel out some of the negative ones. But in order for ESPN to achieve that objective, readers had to affiliate Grantland with ESPN, and TV appearances are one easy way to build that affiliation. If Grantland writers were resisting appearances on ESPN, they were effectively resisting the association with ESPN. And what good is Rembert Browne or Bill Barnwell to ESPN if no one thinks of them as part of ESPN?

Of course some Grantland writers appeared on ESPN shows, Zach Lowe and Jonah Keri most notably, but it is striking in retrospect how few of them established television personas. While Rembert (along with Barnwell, Katie Baker, Andrew Sharp, etc.) was becoming somewhat famous on the internet, someone who watched ESPN without reading Grantland would have no idea he existed.

There were likely many factors behind Grantland’s closure, but lack of integration with other ESPN properties could easily be one of them.