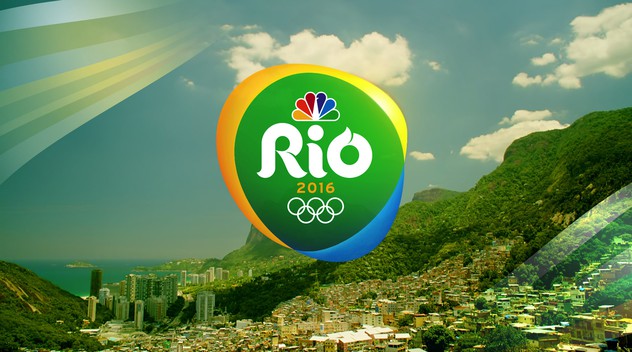 The Olympics rights fees are one of the biggest expenses on NBC’s books, with the network paying $4.4 billion for four Olympics through 2020 back in 2011 (reportedly almost $1 billion more than nearest rival Fox offered) and then in 2014, paying $7.75 billion for six more through 2032. Those rights fees, which average $1.1 billion per Games under the old deal and $1.3 billion per games under the new deal, are some of the most expensive out there in the entire sports world.

The combined Fox ($400 million) and Telemundo ($600 million) deals for the 2018 and 2022 World Cups average only $500 million per event, while ESPN and Turner combined to pay the NBA only $930 million annually until this coming season (when that combined fee will rise to $2.9 billion a year), and the College Football Playoff costs ESPN $608 million per year (which itself is $483 million more annually than the fee was under the BCS). About the only thing more expensive than the Olympics is the NFL, where CBS, Fox and NBC are currently paying about $2.7 billion annually each for their packages (before the extra $225 million each year CBS and NBC will pay for Thursday Night Football) and where ESPN pays $1.9 billion annually for a package centred on Monday Night Football.

Given that, and given how much NBC outbid Fox for Olympic rights, were they a bad deal for the network? Well, not if the record ad sales for Rio are any indication, as Jeanine Poggi writes at Ad Age:

NBC hit a new record for Olympic advertising – securing $1.2 billion in national ad sales for the upcoming games in Rio.

…While the Peacock Network is essentially sold out of premium inventory, it is still booking business and Mr. Winter said it can find solutions for marketers who still want to be part of the game.

Digital sales are up about 33% over London. Back in January, Mr. Winter predicted that NBC’s digital sales in and around the Rio Games would surpass London’s by as much as 50%.

“For the first time ever we got to our budgeted number weeks in advance,” Mr. Winter said. Typically, this is not achieved until a few days, or even during the Olympic games.

…In all, the London Olympics garnered $1.3 billion in ad sales, when accounting for local revenue from affiliates and NBC-owned-and-operated stations. Rio’s $1.2 billion figure does not include local revenue or revenue from partnerships with platforms like Snapchat and BuzzFeed.

So, the $1.2 billion Rio has already brought in would cover that average per-Games rights fee NBC is paying, and the numbers are only going to rise with continued digital sales, partnership revenue and local revenue. Don’t count on any issues that arise in Rio hurting the ad sales numbers, either; in fact, Winter cited the widespread reports of issues leading up to the Olympics with actually increasing awareness of the Games and boosting ad sales.

Of course, there are substantial production costs with an event like this too, so the bottom line isn’t just ads against rights fees, but the Olympics bring plenty of benefits for their broadcasting network beyond just ads. They can be used to promote new shows and other network content, they help the network’s overall status in viewers, and perhaps most importantly, they can be used to attract people to linked cable providers and streaming content, which is vital for NBC parent company Comcast. As Comcast CEO Brian Roberts told Jim Ruthenberg of The New York Times, their Olympic bet and the amount of content they’re generating is about much more than just broadcast TV:

More important to Comcast, and the entire media industry, is the future-of-television part of this equation.

The trends that are causing television audiences to erode are not promising to abate any time soon. Alternative entertainment and media options continue to proliferate. But Comcast and NBC are using that as an opportunity during the Olympics; they are planning to fill every stream — on cable and the internet — as never before.

It’s also a ridiculous amount of content. Just think about it: How do you navigate that much sports? And do you even want to?

Mr. Roberts thinks NBC and Comcast have found the solution. They’ve arranged their most high-tech cable boxes – called the X1, it’s in eight million homes, plus more through a licensing deal with Cox — so that viewers can easily click into whatever they want to watch, whether it’s tennis on the Bravo network, or highlights from swimming on an internet feed that the box will send into the television.The box serves as a guide not only to the television, but also to the internet, or, at least, the parts of it where Comcast owns rights. It’s the kind of vast media-world navigation that Mr. Roberts says will one day make the content glut more navigable.