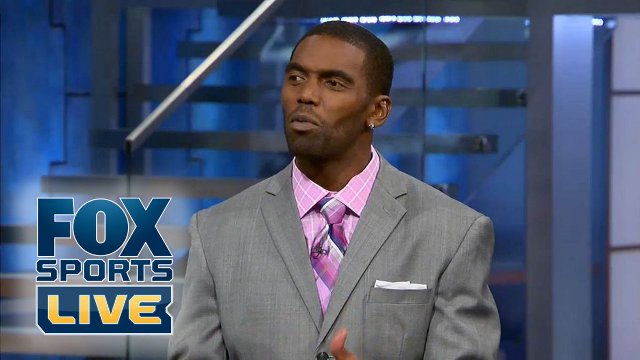 The amount of NFL turnover at ESPN this offseason has been staggering, and it looks like that trend is going to continue. We’ve already seen Keyshawn Johnson have his contract not renewed, Mike Ditka leave NFL Countdown (albeit while remaining with ESPN), Mike Tirico leave Monday Night Football for NBC (where he’ll be replaced by Sean McDonough) and Charles Woodson and Matt Hasselbeck join Countdown, plus rumors that Trent Dilfer might be exiting ESPN as well (although not for the 49ers). Now, Ryan Glasspiegel of The Big Lead reports that Ray Lewis and Cris Carter are both “expected to be on their way out,” and that Randy Moss “is expected to be on his way in.”

If those changes do happen, Countdown will look almost entirely different this coming season, and the changes may be for the better. We’ve seen plenty of promising stuff from Woodson and Moss as analysts with NFL Network and Fox respectively, and Hasselbeck has long seemed like a player who has a future in broadcasting. By contrast, while Carter and Lewis have had some positive moments, they’ve created plenty of negative press and controversies lately, from Carter’s “get yourself a fall guy” comments to rookies to his unfounded speculations on Chandler Jones’ drug usage to Lewis’ incredibly biased analysis and over-the-top criticisms of guys he doesn’t like to his “there’s some things you can cover up” commentary and his involvement in a 2000 murder case (where he pled guilty to obstruction of justice after turning state’s witness). The 76-year-old Ditka also seemed to be paying less and less attention to the current NFL in his Countdown role over the last few years, and more and more to telling “back in my day” stories. At the moment at least, Woodson, Hasselbeck and Moss would appear to be upgrades.

The rumored addition of Moss is particularly interesting. He’s drawn plenty of praise for his work at Fox, providing significant outside-the-box insights, and if he can keep that up at ESPN, he may be a refreshing change. It’s perhaps a bit surprising that Fox hasn’t elevated him to the main NFL Sunday pre-game show yet, and that may be why ESPN was able to swoop in and steal him away here. One big advantage with Moss over many ex-players turned analysts is he seems much more willing to offer honest criticisms of former teammates and coaches, without being overly biased or hyperbolic. If he can keep doing that on NFL Countdown, his hire may prove to be a great thing for the show.