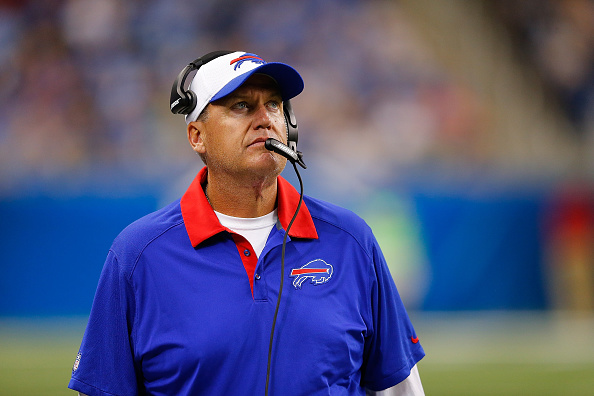 While it’s not entirely clear if any team that has been featured on HBO’s Hard Knocks was forced to do so, the NFL does have the ability to pick a team in the event that nobody volunteers.

Here’s how we rank them in terms of how appealing they’d be if they were to participate, forcibly or not.

1. Buffalo Bills: Rex Ryan is Rex Ryan. He sells himself, and a talented, desperate team looking to break out of a 16-year playoff drought also works. The Bills run a great camp just outside of Rochester, and they’re real proud of that site. So don’t be surprised if they volunteer and we wind up with Ryan for the second time in six years.

2. New Orleans Saints: It’s still possible head coach Sean Payton departs, removing New Orleans from the mandatory list. But regardless, the Saints have a ton of loud personalities and a lot of friction in the front office. This would be fun.

3. Jacksonville Jaguars: The Jags have a really good young offensive core and a lot of intriguing players on the rise. They’re also incredibly welcoming to the media and aren’t shy about granting access, so this could potentially get us deep behind the scenes.

4. Tampa Bay Buccaneers: Rookie sensation Jameis Winston alone could carry this thing as he prepares for his second NFL season. (UPDATE: The Bucs will no longer be eligible after firing Lovie Smith.)

5. Oakland Raiders: We’d get another look at a strong young offensive core, and the Raiders are always entertaining. Of course, it’s also possible they’ll be in Los Angeles. If they move, they deserve to climb this list. But I doubt the NFL would make them participate if that were the case.

6. San Diego Chargers: A Los Angeles move is an even stronger possibility here. And if in an upset San Diego doesn’t move, that’ll be a big storyline anyway. Problem is there isn’t as much intrigue with the actual team.

7. St. Louis Rams: Jeff Fisher’s boring and unless they make a trade the Rams won’t even have a top-10 draft pick to feature. The only way this could become especially appealing is, again, if they move.

8. Chicago Bears: They aren’t particularly good and they lack animated personalities, but they appeal to a large market and fanbase. Could you imagine how excited Jay Cutler would be to star on Hard Knocks?