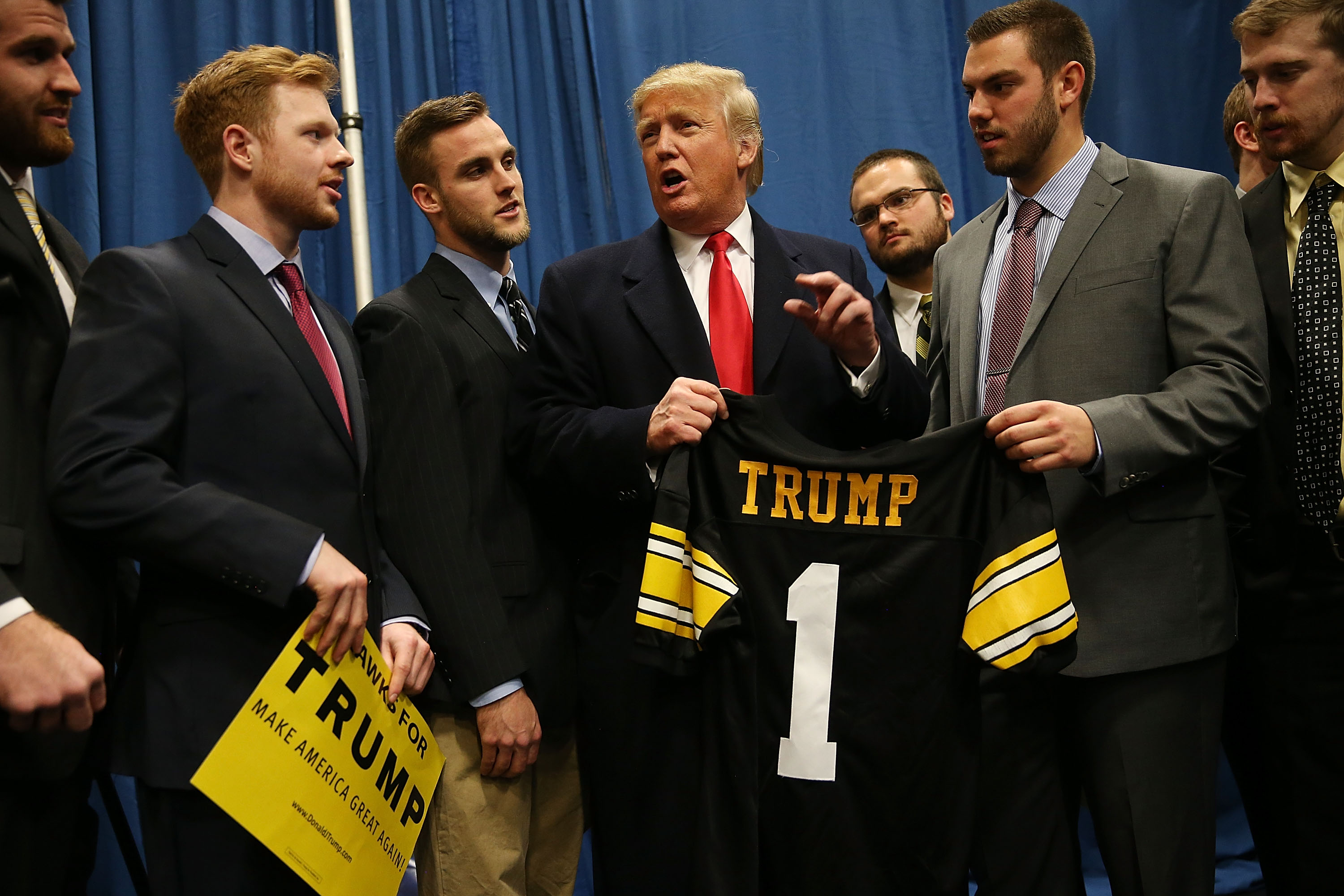 Since the NFL season began, everyone has been trying to figure out why ratings have been so bad.

To explain why things are changed so quickly, some experts think it has a lot to do with those two aforementioned presidential candidates.

John Ourand, Austin Karp & Daniel Kaplan have a piece up over at Sports Business Daily that tries to figure out what’s going on with viewers and the networks dealing with these falling numbers. They note how news networks like Fox News, CNN and MSNBC have seen significant viewership gains at the same time that sports networks are seeing their numbers lag.

In fact, one executive, Fox Sports’ senior vice president of programming and research Mike Mulvihill flat out says he hasn’t seen anything like this since 2000, when sports programming numbers dipped around the same time George W. Bush and Al Gore were slugging it out for the presidency.

“I would really start with the election — I don’t think you have to look much deeper than that. Cable news has been up so much all year, going back to the earliest primary debates. So much of a share of attention has gone to the campaign, it seems like it has affected everything else.”

“Once we get through the election, are we going to see things smooth out? I think that’s possible. I’m expecting some normalization once all of this is over.”

Ourand and Karp also chatted on the SBJ/SBD Podcast and noted that this isn’t just an NFL issue. Baseball, tennis, and golf are all seeing diminishing ratings this fall. When asked if he thinks the election interest is drawing eyeballs away from sports, he thinks it seems plausible.

Some of them, maybe. It’s almost something nightly at this point that people are looking for election coverage. Either what did Trump say or what did he do? Did he mess something up? Or what did Hillary say? Just something, a new development because it’s such an interesting race and it’s become such a tight race.

So while the election does seem to be the main culprit cutting into the NFL network partner bottom lines, it still may not be the only factor.

The ongoing national anthem protests also seem to be biting into viewer interest as well. According to a Rasmussen Poll that says  32 percent of those surveyed say they’re less likely to watch NFL games while the protests are going on. One has to wonder if those who said they wouldn’t watch are actually tuning the NFL out or if they’re just speaking their mind on the issue. It seems hard to believe that they wouldn’t just skip the protest and then still watch the games.

Others point to the ever-increasing number of people watching sports on digital platforms and streaming services. While there’s probably some of that to consider as well, it hardly seems possible that the sloping gains that sector has seen would suddenly take double-digit chunks out of TV ratings for something like the NFL.