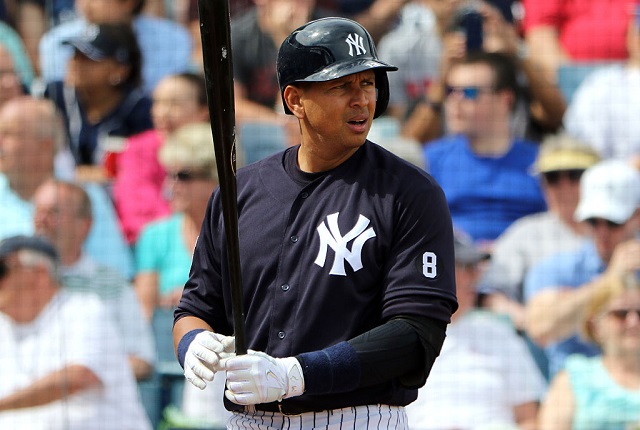 Watching a sports broadcast might seemingly provide a respite from political ads, at least besides the spots that local stations buy during local elections. But that is soon going to change if you’re watching a telecast on a Fox Sports regional network.

With baseball season beginning and regional MLB broadcasts consistently being the top-rated telecast in a local market, running election ads related to upcoming primaries in particular areas makes a whole lot of sense for networks and campaigns. Viewers don’t skip through ads during live sports telecasts, which is why regional networks are paying so much for rights fees.

As reported by Bloomberg Politics’ Tim Higgins, fans who watch local sporting events tend to be undecided voters, the ideal target for political ads that can sway a potential voter one way or another. More importantly, those ads tend to stick in sports viewers’ minds. According to researchers Higgins spoke with, fans are more than twice as likely to trust candidates whose ads have been seen during games, nearly as likely to remember those names, and also twice as likely to vote for those candidates than viewers of local newscasts.

Looks like someone read that article about how baseball is an old white person's sport. https://t.co/lt5OWdRPoL

Fox Sports is essentially tapping into fresh territory, as political ad buyers tend to buy into programs and telecasts they’re familiar with — i.e., the local news. But data compiled during the 2012 presidential election demonstrated to campaigns and ad buyers that more receptive audiences exist outside the territories that have typically been targeted in the past. The amount of ad time purchased on local broadcast stations has decreased during the past four years, as political campaigns increasingly buy advertising on local cable instead, which can zero in on viewers in specific ZIP codes.

These ad campaigns have already begun on Fox Sports regional sports networks. Before the April 5 primary in Wisconsin, Fox Sports Wisconsin’s Milwaukee Brewers telecast included several ads for presidential candidates Ted Cruz and Bernie Sanders. And with the New York primary scheduled for April 19, YES Network is looking to sell significant ad time to candidates and super PACs leading up to that election.

If you’re not a fan of political ads, of course, their time on the air is limited. But if you live in a region that is still holding a presidential primary, and a Fox Sports regional network broadcasts your team’s local telecast, it certainly appears you’ll be seeing plenty of the candidates in between innings during the next few months.