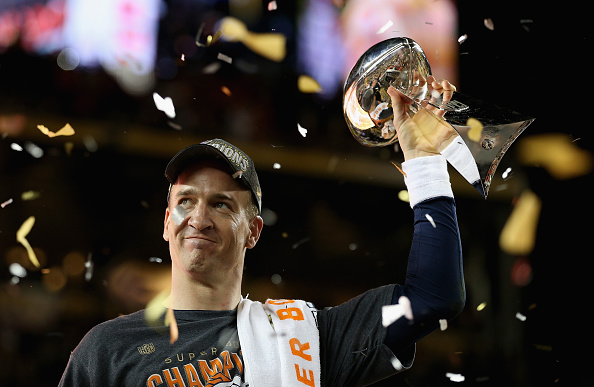 In the days nearing his final game, the conventional wisdom surrounding Peyton Manning was that once his playing days were over, he would head to a network, most likely CBS and replace Phil Simms as Jim Nantz’s partner. But it seems that isn’t going to be the case. According to Bob Raissman at the New York Daily News, Manning isn’t interested in joining a network for the 2016 season:

One source went as far as saying Manning, through his representatives, has specifically told the NFL’s TV partners he won’t be yakking into any football microphones when September rolls around.

It appears that Manning wants to devote time to his business interests and perhaps remain a commercial pitchman (DirecTV, Nationwide, Papa John’s) where he’s free to shoot ads when he wants rather than traveling to a game site every Sunday.

It’s not to say that Manning won’t join a network down the road. CBS, ESPN, Fox or NBC would be sure to welcome him with open arms either as a studio or game analyst if he decides that he wants to make television as his second career and discuss either college or pro football.

But for now, it looks like Manning is more willing to spend his retirement on his own schedule rather than being assigned to games and be in a broadcast booth. Maybe he’ll be like David Letterman who has decided to grow a beard and become a recluse in his old age. Only time will tell.